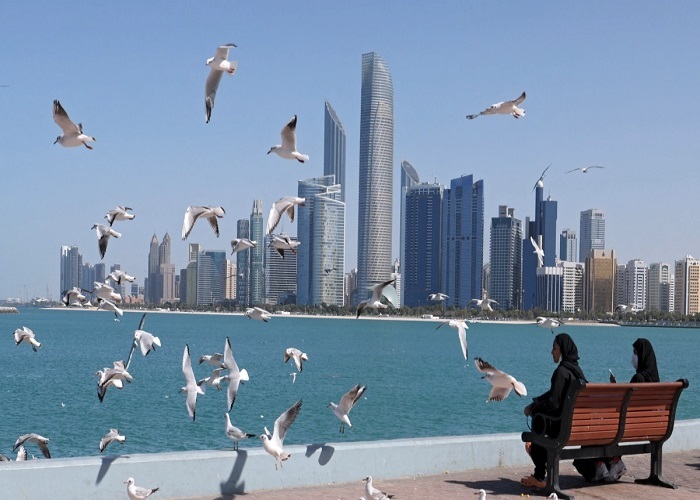 Though female citizens and non-citizens account for 28% percent of the UAE’s population due to the high level of male foreign workers, the government has invested heavily into integrating a National Literacy Strategy to give equal opportunity to women, fostering them to higher education through strategies implemented by the Ministry of Education.

These endeavors led to more women in higher education than men, with total graduates of 58 percent. While Dubai has the world’s lowest unemployment rate in the world at just 0.5%, it is discouraging to know the fact that women’s unemployment rate is roughly more than five times higher than men’s.

The COVID-19 pandemic created a major economic downfall, eventually leading to the merger of more than 50% of the UAE’s federal agencies.

Though skyscrapers, luxury cars, posh shops, and retail chains lining the streets of the country, mostly in Abu Dhabi & Dubai, the poverty rate is 19.5%, with the poverty line defined as an income of 80 dirhams ($22) a day.

These statistics demonstrate why the majority of the population living below the poverty line are non-local migrants. It should be stated that Migrant workers’ payments to recruitment agencies to find legally-approved jobs keep them indebted to these agencies, the problem which makes them live through hardship with the high-end life expenses in the country.

The Sad Side of the Story: Being an Emirati Woman

Emirati women are still under discrimination in passing nationality to their children compared to Emirati men. The UAE’s nationality law provides that children of Emirati men are automatically entitled to UAE citizenship; however, children born to Emirati mothers and foreign fathers are not.

Citizenship for children with Emirati mothers can only happen if their child has lived in the UAE for six years. However, the application process can be confusing and time-consuming. By turning 18, children can apply themselves, facing the same complex procedure.

Though, according to an article published in the Khaleej Times article in April 2021, the rate of divorce has decreased by 49% in the first three months of 2021, a decrease in the country.

While the global rate of divorce has been increasing by 251.8% since 1960 & a report published by the Sharjah Department of Statistics and Community Development (DSCD) showed a decrease in divorce cases by nearly half in 2021, 50% of marriages between Emirati couples in the country do not make it past three years, and 28 percent end in the first year.

Bizarrely reported, in July 2021, the United Arab Emirates Department of Community Development (DCD) stated the fact that approximately 62% of Emirati couples in Abu Dhabi were on the verge of getting divorced during the first four years of marriage.

Back to discrimination toward women in UAE, a woman may only be granted a divorce if she can prove that her husband has physically hurt her or mentally tortured her. She also may sue for divorce if her husband abandons her for three months or if he has not taken care of her needs or that of their children. Though the process is not a simple path to take.

Steps to Divorce; Hard on Women, Easy on Men

Initially, the couple should register the case in the Moral and Family Guidance Section at the court. Shortly afterward, a counselor will be appointed to the case to solve conjugal issues.

The couple should try solving their issues in three months. If the couple, or either of them, still insists on divorce, the papers will be forwarded to the Sharia court for the judge to study the case & discuss it later with the couple and listen to witnesses. The couple needs to attend all the proceedings.

Are you considering hiring a lawyer in UAE?
Let our lawyers in UAE help you.

Though, as Sharia regulations, men still have the upper hand in a divorce. A husband can divorce his wife by sending an SMS through a cell phone like in Kuwait and Malaysia!  The intention of divorce can also be sent by e-mail or by phone. Divorce or ‘talaq’ can also commence by a husband sending a written letter to his wife or telling the same over the phone.

If a man divorces his wife through any technological methods stated above, the wife can approach the court with a separation case. Approving the divorce is dependent on the man admitting in front of the judge that he has used any of the above-mentioned methods to divorce.

Above all the surprises, a Muslim man can end his marriage by telling his wife, “I divorce you,” three times!

Consequently, with the power bestowed to Muslim men & the tiring procedure of divorce, it is not of bewilderment that the divorce rate is among the lowest globally in UAE.

Divorce in UAE for non-emiratis is simpler than the rules applied to the county’s main citizens. If the couple is from the same country, the law of their country will be applied or the UAE law, if they wish.

In the case of a Muslim and a non-Muslim woman, the UAE laws will be applied, or the law of the country where they had got married.

If the couple is non-Muslim, they can get divorced according to the law of their country at their embassy or consulate in the UAE.