We as humans have been aware of making investments in a distant and foreign land ever since we learned to cross the oceans and travel to places that were beyond our reach before the idea of frequently crossing those deadly seas. The development of trade and commerce across borders, in terms of both land and sea, gave birth to the concept of people investing in businesses located in foreign lands in hopes of making profits and looking for opportunities that provided them with more remarkable growth.

The process of shrinking borders through faster and safer means of travel and more efficient means of communication gave birth to the idea of foreign investment where people belonging to one country were investing in businesses and properties in other countries. The developing idea of investing in trade and commerce in foreign lands gave way to most countries making some regulations to monitor and manage foreign investments.

However, these regulations imposed are only sometimes easy to adhere to, which is why we at Legamart bring you this article to tell you about the compliance difficulties with domestic purchases by foreign investors.

A Background to Origin of Foreign Investments and Domestic Purchases Laws

The most significant traces we can note of people looking for trade opportunities in a foreign land and investing their wealth with hopes of making a profit belong to the colonial period. It was when the Europeans developed strong navies that they decided to set sail to places that were located across the sea; it was not the first time man was crossing the giant water bodies for trade and economics. However, it was the first time that travelling by sea became so common. With new sea routes, new opportunities were discovered and people saw the business potential of the newly discovered places and the profits they had to offer.

These discoveries resulted in companies setting up trade centres in foreign lands to conduct their businesses. Eventually, this practice resulted in the setting up of European colonies all across the globe. As a result of colonization, the governments of different countries decided to set up specific rules and regulations that were to be followed by foreign investors while making domestic purchases in a host nation, and with time several compliance difficulties with domestic purchases rose due to the lack of legal knowledge relating to domestic investments by foreign investors.

An Introduction to Domestic Purchases and Foreign Investments

Foreign investment involves capital flows from one country to another, with foreign investors gaining substantial ownership stakes in domestic companies and assets. Foreign investment implies that foreigners have an active role in management as part of their investment or a large enough equity stake to influence business strategy. As a modern trend relating to globalization, multinational corporations are investing in various countries to explore opportunities.

It is widely regarded as a future catalyst for economic growth. Individuals can make foreign investments, but companies and corporations often pursue them with substantial assets to expand their horizons in pursuit of commercial growth.

While speaking of the term domestic purchases by foreign investors, all we can think of is people from a foreign country purchasing or investing in assets located in another. To some extent, this put definition is correct. Domestic Purchases by foreign investors usually comprise mergers and acquisitions. Mergers and acquisitions involve the transfer of ownership of existing assets to a foreign owner. A merger occurs when two companies merge to form one, whereas an acquisition occurs when one company acquires another.

With the Opening of the Chinese markets and several other factors involved, the acquisition or Domestic Purchases by foreign investors have come up as a prime source of Foreign Direct Investment. In the following discussion, we will familiarize you with a few key compliance issues that may come your way as a foreign investor wanting to invest in the USA.

If the acquisition takes place in China, the Ministry of Commerce must approve the transaction (MOFCOM). In certain restricted industries, pre-approval by an industry regulatory authority is required, and such approval should be obtained before submitting an application to MOFCOM. Furthermore, if the target business involves the military, sensitive or key industries, or the parties’ business turnover exceeds the filing threshold, a national security review or anti-trust clearance may be required.

If the acquisition takes place in China, the Ministry of Commerce (MOFCOM) must approve the transaction. Pre-approval by an industry regulatory authority is required in certain restricted industries, and such approval should be obtained before submitting an application to MOFCOM. A national security review or anti-trust clearance may also be required if the target business involves the military, sensitive or key industries, or the parties’ business turnover exceeds the filing threshold.

If the acquisition is not for a QFII (qualified foreign institutional investor), the investment must be approved by MOFCOM and the China Securities Regulatory Commission (CSRC) and must follow the statutory processes of assignment by agreement or private placement. Following receipt of the aforementioned approvals, the acquired enterprise or the investor should register amendments to the existing corporate profile or the formation of a new enterprise with the State Administration for Industry and Commerce (SAIC).

If the target in Question is an existing FIE in China and the ultimate shareholder holds its interest through an intermediary holding company, the transaction may be completed through the acquisition of the intermediary. In this case, the transaction is generally exempt from PRC laws and regulations. However, if the transaction includes factors that may necessitate a national security review or anti-trust clearance under applicable PRC rules, filings with Chinese authorities will be required.

It is worth noting that if the transfer occurs in an offshore tax haven with a corporate tax rate lower than 12.5%, the selling party must file with the tax bureau where the FIE is domiciled. If the Chinese tax bureau determines that the arrangement is designed to avoid paying taxes and that the offshore intermediary has no economic substance, the transaction will be treated as a direct transfer of equity interests in a PRC resident enterprise, and the seller will be required to pay PRC corporate income tax on its capital gains.

In practice, there are cases where an area is permitted by industrial policy, but the industry’s regulatory authority still needs to develop implementation rules for foreign investment entry. In such cases, the relevant industry remains a minefield for foreign investors. Take, for example, the third-party payment industry. Although a few foreign-invested enterprises (FIEs) have been granted operation permits, the People’s Bank of China has yet to issue detailed regulations governing foreign-invested payment institutions, leaving a significant degree of uncertainty for businesses backed by foreign investments in this area.

Foreign investors are subject to timing requirements for capital contributions under applicable rules if the acquisition is conducted through a subscription of newly increased capital or asset purchase. For example, in a capital increase acquisition, 20% of the capital contribution must be paid before the change is registered with SAIC. Given the recent changes to the Company Law regarding registered capital, such mandatory arrangements are expected to be phased out soon. If an acquisition occurs indirectly offshore, parties may freely agree on the terms of the transaction at their own discretion, subject to the restrictions imposed by applicable laws of foreign jurisdictions, with less regard for the implications of PRC rules.

The changes to corporate names, trademarks, and management must still be approved by MOFCOM and SAIC. However, these procedures are significantly less complicated than those involved in direct acquisitions by foreign investors.

We know that in the USA, various regulatory measures have been put into place for the purpose of regulating investments in domestic purchases by foreign investors, and sometimes due to a lack of legal knowledge, the investors tend to get flustered and face several compliance difficulties with domestic purchases. Those who find themselves confused while trying to understand the trade regulations related to foreign investment in the USA should look for the necessary legal assistance in understanding and following the investment laws, which they can get at the Legamart directory, where they can find and communicate with several experts of foreign investment laws. 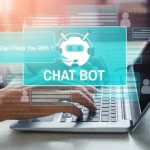 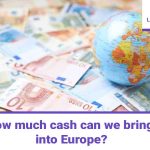 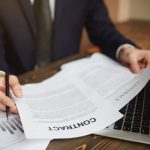 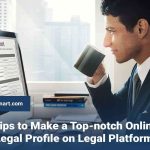