As the largest and most populous country in Latin America, Brazil commands significant power in South America and increasingly the world at large. In 2021, the World Bank recognized the Brazilian economy as the 12th largest in the world with a nominal GDP of 1.6 trillion US dollars. Often regarded as an emerging world power, Brazil is one of the major players in international trade. It is the leading exporter of products including iron ore, coffee, soybean, sugarcane, and meat. Therefore, it is of immense importance to understand the Brazil’s foreign trade policy including trade policies of a country that has emerged as a key global player in recent years.

It is also worth noting that Brazil recently concluded its presidential elections which saw the citizens oust the incumbent far-right President Jair Bolsonaro in favor of former two-time President Luiz Inácio Lula da Silva from the leftist Workers’ Party. A change in the ideology and political preferences of the Brazilian government has historically been seen to be one of the most crucial factors impacting the foreign policy of the country. Let us, deep dive, into Brazil’s foreign trade policy as we stand at the cusp of this political event.

The foreign relations of Brazil are managed by its Ministry of Foreign Affairs known as the “Itamaraty“. It is guided by Article 4 of the Federal Constitution which enshrines principles such as “non-intervention“, “self-determination“, “cooperation“, and “the peaceful settlement of conflicts” for the establishment and maintenance of relationships with other countries and multilateral organizations.

Historically, Brazil has opted for a foreign policy that focuses on strengthening regional ties and engaging in multilateralism through various institutions such as the United Nations, the Organization of American States (OAS), and BRICS (Brazil, Russia, India, China, and South Africa).

President Bolsonaro’s term has brought about a substantial shift in this outlook. He took a more anti-globalist and anti-environmental stance on policies that saw Brazil distance itself from the United Nations. The President extended a great deal of support and faith in the Trump administration of the United States which led to the designation of Brazil as a major non-NATO ally in 2019.

With the return of a left-wing government, Brazil is touted to make a comeback to a traditional foreign policy of multilateralism and international cooperation with a greater focus on environmental protectionism.

Does Brazil Have any Trade Agreements?

Brazil has been a member of the World Trade Organization (WTO) since 1 January 1995 and was also a member of the erstwhile General Agreement on Tariffs and Trade. As a member, Brazil, just like other member states, was required to sign and ratify all WTO agreements upon accession. These include:

Brazilian trade policy is robust and is strengthened further as a result of its participation in various international organizations such as MERCOSUR (Southern Common Market), Organization of American States (OAS), and BRICS. It also has extensive bilateral ties with the United States, the European Union (EU) China, and Russia. Let’s look at these trade relations in detail.

A preferential trade arrangement (PTA) is a term used by the WTO for “trade preferences, such as lower or zero tariffs, which a member may offer to a trade partner unilaterally. These include the Generalized System of Preferences scheme, under which developed countries grant preferential tariffs to imports from developing countries.”

As per the WTO, Brazil is a beneficiary of several Generalized Systems of Preferences schemes provided by countries such as the United States, Russia, Switzerland, Norway, and New Zealand.

In the WTO, “these refer to reciprocal trade agreements between two or more partners to liberalize tariffs and services. They include free trade areas, customs unions and economic integration agreements on services“.

As per the WTO, Brazil is a part of multiple regional trade agreements. A few of them have been summarized below:

Modeled after the European Union, MERCOSUR is a South American trade bloc established by the Treaty of Asunción in 1991. Brazil, Argentina, Uruguay, and Paraguay are their full-time members. The membership of Venezuela was suspended in 2016 and Bolivia is in the process of its accession to the organization. This trade bloc was established for the generation of investment and business opportunities for the region. Since its genesis, MERCOSUR’S objectives have undergone many changes. It can currently be described as a customs union having a free trade zone and a uniform trade policy between member countries. It has entered into multiple bilateral agreements with countries such as India, Israel, and Egypt.

Brazil and Mexico signed the Agreement of Economic Contemplation No. 53 on 3 July 2002 for the creation of a free trade area. Both countries are in the process of expanding the scope of the bilateral agreement. The eighth round of negotiation talks was held in 2017.

US foreign trade is regulated by federal agencies namely the Department of Commerce (DOC) and the International Trade Administration (ITA). The United States represents the second largest trade partner of Brazil. It exports raw materials like iron, steel, and crude oil to the United States. The two countries fostered exceptionally great relations during the presidency of Donald Trump. In 2020, Brazil and the US signed a new protocol updating the 2011 Agreement on Trade and Economic Cooperation which came into effect in February 2022.

In addition to this, after several years of negotiation, Brazil’s Federal Revenue Service and the US Customs Department have signed a customs recognition agreement. By way of this agreement, Brazilian companies that have been certified as Authorized Economic Operators (AEO) will be able to benefit from faster exports.

China is Brazil’s largest trade partner and represents its largest buyer. Both countries are also members of international organizations such as the WTO, International Monetary Fund, United Nations, and BRICS. Brazil’s exports to China consist of products such as soy, iron ore, crude oil, beef, and raw cotton.

During the BRICS Business Forum held in Beijing in June 2022, the vice-commerce minister of China ideated that a free trade agreement should be entered into between the BRICS members.

The European Union accounts for 18.3 percent of Brazil’s total trade. It is the largest exporter of agricultural products to the EU. MERCOSUR countries (including Brazil) are in the process of negotiating a free trade deal with the EU and on 28 June 2019, both trade blocs reached a political agreement to enter into a comprehensive free trade agreement. This agreement is yet to be signed and notified.

Does Brazil Have Trade Barriers?

Brazil ranked 124 out of 190 countries in the Ease of Doing Business Index Report prepared by the World Bank Group in 2020. This is due to the international trade mechanisms put in place by Brazil to promote domestic industrial development and restrict competition in the Brazilian market to reduce exports.

Brazil has relatively high trade barriers in place coupled with steep import duties and tariffs. In addition to this, a complex regulatory and taxation system serves as a non-tariff barrier and discourages trade in Brazil.

Lastly, as a member of the World Trade Organization, Brazil has also signed and ratified the Agreement on Technical Barriers to Trade. Essentially, it ensures that technical regulations, standards, testing, and certification do not create unwanted barriers throughout the trade process.

Having proven itself as a critical player in international trade and building upon its strength as a regional power, Brazil is a frontrunner for transforming itself into a global leader in the coming years. It has effectively positioned itself in Latin America and built multilateral and bilateral trade ties with nations across the continents, thus giving Brazil’s foreign policy a well-rounded character. With the conclusion of the general election and with Luiz Inácio Lula da Silva set to assume office from 1 January 2023, it will be interesting to see how the country navigates the stark shift in ideology from Bolsonaro’s Brazil along with the current economic downturn due to the pandemic and the ongoing Russia-Ukraine crisis.

Whether you are a resident of Brazil or a foreign national looking to trade with it, navigating through the unique trade policies of each country can seem like an overwhelming exercise, and therefore, it is a great idea to have a lawyer who can do most of the heavy-lifting for you and advise you as per your requirements. Visit the LegaMart Directory and handpick a lawyer tailored to your needs today. Alternatively, you can check out our website, LegaMart, and drop your queries on our community page.

Who is its Largest Trade Partner in Brazil?

Brazil’s largest trade partner is China, which contributed 32.41% of its total trade in 2020.

Is Brazil a Member of the North Atlantic Treaty Organization (NATO)?

Brazil is not a member of NATO but was designated as a major non-NATO ally by the then-President of the United States, Donald Trump in 2019. 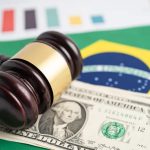 Terminating or Cancelling a Business Insurance Contract: Requirements and Consequences 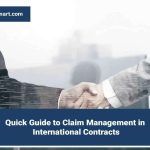