What are the US Foreign Trade Regulations? | LegaMart Articles Commercial activity in a state or community is commonly referred to as commerce, but trade refers to the flow of trade between states. The US Congress is given exclusive control over interstate and foreign trade activities by the Constitution, through the Commerce Clause. The states are responsible for regulating trade within their borders. It is often difficult to distinguish between intrastate and interstate commerce. The International Trade Administration (ITA) and the Department of Commerce (DOC) are federal agencies involved in trade regulation. The DOC, an executive branch agency, promotes trade, economic growth, and technology advancement. ITA improves US trade positions, a department of the Department of Commerce.

How is Trade Regulated in the United States?

Congress has used the Commerce Clause to assert that the federal government has the power to legislate over the states, leading to the ongoing controversy over the balance of power between the federal government and the states. A limited amount of state regulatory authority is also conferred on Congress through the Commerce Clause. In section 8, Clause 3, Congress is given no explicit definition of “commerce,” which has led to much debate. There is a debate about whether the Constitution was meant to describe merely trade or exchange itself or whether it encompassed commercial and social interactions between citizens of different states more broadly.

What Trade Barriers does the U.S. Have?

A comprehensive review of significant foreign barriers to US exports, foreign direct investment, and electronic commerce in key export markets has been released by the United States Trade Representative in the 2022 National Trade Estimate Report on Foreign Trade Barriers (NTE Report).

According to NTE’s 2022 report, US agricultural trade is hindered by a number of cross-cutting barriers, including:

(1) The registration requirements for dairy, meat, and rendered products facilities in China and Indonesia are opaque and burdensome

In order to ensure U.S. farmers, ranchers, and food processors have access to markets around the world, the USTR will engage foreign governments on barriers to entry.

The NTE Report for 2022 includes China, the EU, India, Indonesia, Korea, Russia, Turkey, and Vietnam. Many bilateral trades in goods and services can be hampered by Indian regulations on digital trade and electronic commerce, which require data localization and restrict cross-border data flows. Separately, EU leaders have emphasized the importance of “technological sovereignty” or “digital sovereignty.” To ensure that this policy does not lead to unfair competition, the USTR will continue to monitor its implementation. We will continue to engage foreign governments on policies that hinder US manufacturers and service suppliers from moving data internationally.

Policies in the Industrial Sector

Chinese firms achieve unfair competitive advantages as a result of their state-led, non-market approach to the economy and trade. China actively seeks to displace foreign competitors and technologies in order to dominate domestic and global markets. China enacts a variety of interventionist and discriminatory measures and actions in pursuit of its industrial policies, resulting in severe and persistent excess capacity and market distortions in industries such as steel, aluminium, and solar, among others.

The Chinese government is setting and pursuing production and market share targets in several industries in advanced manufacturing, high-technology, and other key economic sectors through non-market means. Despite China’s harmful practices, the US government is determined to use all domestic trade tools available to protect the competitiveness of US workers and businesses.

Technical regulations or conformity assessment procedures can be considered a legitimate form of regulation. Still, they can also be used to unnecessarily restrict trade and limit the movement of innovative products. Americans will miss out on opportunities to take advantage of their leadership position in high-tech manufacturing, agriculture, and science.

What are US Foreign Trade Regulations for Exports in the US?

Export laws and regulations restrict the use and access to controlled items in the United State’s information, goods, and technology for reasons of national security or trade protection. Export control regulations are not a new concept. A federal regulation restricting the export of goods and technology out of the country dates back to the 1940s. As a result of homeland security concerns, a proliferation of weapons of mass destruction, terrorism, drug trafficking, and leaks of U.S. technology to foreign competitors, attention has increased to export control compliance in recent years.

There are four main types of activities covered by export control regulations:

Under export control regulations, the export of certain goods and technologies may be prohibited or require a government licence. Export licenses are not required for most exports, but they are required for exports the U.S. government considers “controlled”:

What US Foreign Trade Regulations Govern Imports in the US?

The US restricts the importation of certain products based primarily on the country of origin and the type of product. There may be restrictions imposed by the US Customs, another US agency regulating a particular product, or the state government into which the goods will be transported may regulate the goods. The following restrictions apply:

An import quota specifies the quantity or amount of various commodities that can be imported into the United States during a given time period. There are two types of import quotas in the United States: Tariff rate and absolute rate. A textile quota limits the number of goods entering the United State’s commerce during a specific period based on absolute quotas. Absolute quota restrictions do not apply to any commodities at the moment. Tariff-rate quotas allow imported goods to be entered at a lower duty rate. Goods may still be entered after a quota has been reached but at a higher duty rate.

Other agencies may require a license, permit, or certification depending on the imported commodity. CBP administers these agencies.

Certain commodities are eligible for preferential treatment when the appropriate statement or declaration is provided.

Requirements for labels and/or markings

Suppose they do not meet the exception requirements in the regulations. In that case, goods of foreign origin must be marked with the English name of their country of origin legibly, permanently, and indelibly. When marking the article is not feasible, for example, when it is too small or when marking would damage the article, then the packaging or container that will reach the final consumer must be marked. The Code of Federal Regulations (19CFR134) contains specific requirements for country or origin marking methods and requirements. The US Agency, with regulatory control over the goods, such as Customs, sets special packaging or marking requirements for certain goods.

The U.S. and foreign regulations can make international sales difficult if you are not familiar with them. Some products require export licenses before they can be shipped. You cannot sell your products to some countries because their product standards must be met. Shipping to countries with which the United States has a free trade agreement is also important.

What is the Purpose of Filing Electronic Export Information (EEI)?

What is the Current Filing Timeframe for Bulk Exports?

No. Following FTR Section 30.4. It is mandatory for all exporters, including bulk cargo exporters, to file their export information within the specified timeframes; however, exporters are permitted to provide estimated cargo information before loading their containers. As soon as the correct cargo information is known, the US Principal Party in Interest or an authorized agent must update the Automated Export System record. 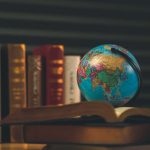 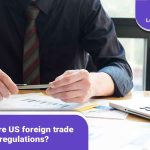 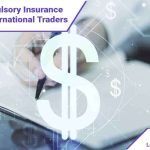 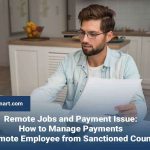