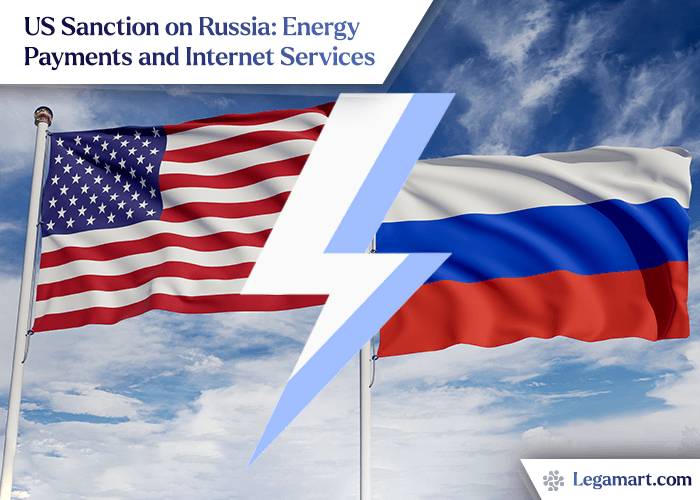 The United States has reiterated its commitment to sanctions against Russia for one year but said it will provide exemptions for “certain transactions.” These involve Russia’s energy sector and the maintenance of internet infrastructure.

How do the sanctions exemptions affect ordinary Russian citizens like ivan (our case study)? As the CEO of a Russian oil and gas company during the war, Ivan witnessed how new sanctions on Russia ruined his business and livelihood.

The idea is that these exemptions would protect businesses like ivan’s by allowing payments that support Russia’s internet infrastructure and facilitate the export of Russian oil.

US Sanctions on Russia

The US has imposed several sanctions on Russia in response to Russia’s involvement in Ukraine. These sanctions vary from freezing assets and prohibiting trade transactions to banning the issuance of visas for Russians.

These are imposed on Russia to prevent Russia from paying its international loans of $100 million and keep Russian banks isolated from the world financial system.

Crackdown on the energy sector

These sanctions prevent Russia from developing its oil and gas resources, providing nearly half its government revenue. The goal is to weaken the Russian economy, but the Russian people are also affected.

Embargo on the importation of dual-use goods.

This embargo covers all such dual-use goods unless they have been exempted by OFAC (the Office of Foreign Assets Control at the US Treasury Department) on a case-by-case basis.

Ban on golden visas for the Russian elite

An embargo on Russian gold.

The EU has introduced an import ban on Russian gold, which came into effect on July 20, 2022. America, Japan, and Great Britain, among others, have banned the importation of Russian gold.

On July 20, 2022, the European Union added Sberbank, Russia’s largest bank by assets, to a list of sanctions and two other Russian banks. Consequently, the bank’s assets in the US are frozen.

On April 7, 2022, the US Treasury released General License No. 25, which exempted Russia from telecommunication-related sanctions included in the Russian Harmful Foreign Activities Sanctions Regulations (RuHSR).

Reasons for the Sanctions Exemptions

To encourage anti-war activism in Russia.

Enforcing sanctions against Russia crippled communications through the internet and indirectly cracked down on the activities of Russian activists and human rights groups. The waiver ensures they can continue using technology from international internet service providers, including software, hardware, and services.

A joint appeal by Access Now and the Wikimedia Foundation

These two organizations immediately rose to the challenge. They sent a co-written letter to the US government, seeking the continued connection of Russians and Belarusians to the web.

The move is a gesture of goodwill towards Russia and its leadership, who have been critical of the United States’ sanctions policy.

Left to the US government, they would impose a complete embargo on international commercial transactions with Russia. But the warring nation is the third largest energy exporter in the world. Such drastic measures are impractical as they would backfire on Americans who buy gas at approximately $4.5 per gallon and feel the cold hard pinch.

The US Treasury announced in April 2022 that sanctions waivers for Russian energy purchases that were set to expire on June 24 this year would be extended to December 5.

Reasons For the Sanctions Exemptions

An imminent vacuum in the world supply of oil and gas

Although the US isn’t dependent on oil imports from Russia, other countries within and outside the EU are. Research shows that some nations, such as Austria, Finland, and good old Greece, rely on Russia for over 60% of their oil and gas supplies annually.

Furthermore, there are no readily available alternatives to Russian energy exports. As a result, it’s not the best option to implement measures that would cut off Russia’s contributions to the international energy market.

In the wake of Russia’s unprecedented invasion of Ukraine, Americans bought gas for a little over $3.5 billion. But in June, the price had shot up by a whole dollar, culminating in domestic economic stress. So, Biden’s administration decided against upholding the energy sanctions against Russia until they had successfully stabilized the US economy.

To prevent hyperinflation in the world’s economy.

The fact that America introduces new sanctions on Russia doesn’t automatically translate into reduced demand for oil worldwide. If the White House upheld those sanctions against Russia, it would lead to a spike in the global price of oil. If you have been following the news lately, you’d probably know that the last thing anyone needs now is to pay an extra dollar for the same product.

How effective are sanctions against Russia on energy payments?

Let’s analyze this quickly. The US sanctions on Russia would result in the sale of two million barrels less of oil every day by Russia if carried out. Overall, this represents a decline of 17% in the Russian government’s revenue for 2022. Thus, America must devise a strategy to limit Russia’s revenue, but this method in question must not reduce the global oil supply and plunge the world into an economic crisis.

Conditions for the Waiver of US Sanctions on Russia

If the following requirements—among others not on this list—are satisfied, the United States will waive the sanctions against Russia.

To be eligible for the waiver, Russia must withdraw all its military personnel and hardware from Ukraine. The US also requires Russia to release seized Ukrainian vessels, provide access to detained vessels in port, and allow the return of Ukrainian sailors captured or imprisoned in Crimea.

Mutual commitment to the truce

Russia and Ukraine must also commit to a truce, which will be monitored by the United Nations (UN). All parties involved in the Russia-Ukraine war must agree on how to enforce this truce successfully.

Russia must provide access to humanitarian aid in Ukraine.

To earn the waiver, Russia must also ensure greater access for humanitarian aid agencies working in Ukraine through all crossing points, which according to Moscow, are under Kyiv’s control.

Russia must encourage de-escalation of violence on both sides of the line of contact between Ukrainian forces and those supported by Russia, which has claimed at least 10,000 lives since it began in 2014. Moscow must also stop supporting separatists. Separatists should hand over all seized territories and buildings in the Donetsk region and Luhansk region of Ukraine to the government of that country.

To receive a waiver from US sanctions, Russia must commit to not developing any new intermediate-range missiles, whether in violation of the INF treaty or otherwise. The United States has repeatedly accused Russia of violating the INF treaty by developing and testing new missiles that could threaten US allies in Europe and Asia, but Russia denies this allegation.

If Russia does not meet these conditions, the US will stand by its decision to impose further sanctions. It is a serious step that may have far-reaching consequences for both countries and their economies.

Generally speaking, sanctions are good, but there are exceptions. Countries tend to give out exemptions on a case-by-case basis. It can create problems when the US government allows sanctions to fall more heavily on Russia than other nations.

It’s an issue that requires coordination, not only in DC but also at the EU level and with the leaders of other countries. In this vein, the US fixed the expiration date of the sanctions exemptions for December 5, 2022. It is the same date on which the EU members intend to implement their strategies to cut off trade relations with Russia.

In the meantime, the US must allow Russia to export its oil to other nations. If not, Americans might have to start purchasing gas at five dollars per liter. 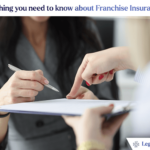 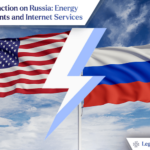 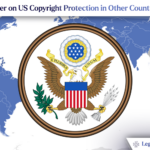 A Primer on the US Copyright Protection Internationally 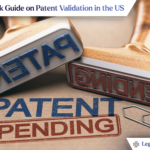