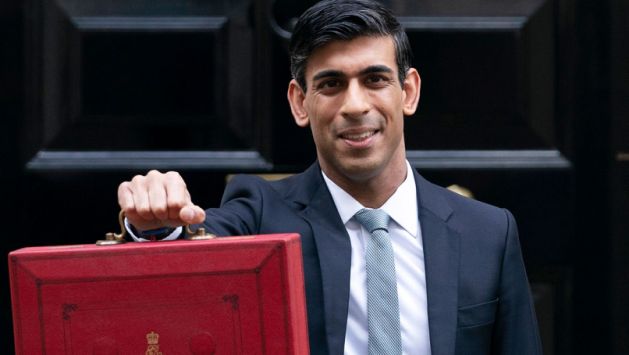 Measures Taken By the UK’s Chancellor: Self Employed Business

COVID-19 has taken over the globe drastically and has affected people from all walks of life. There are several laws coming into effect to provide some kind of relief to the self employed citizens to deal with the COVID-19 issue in a better manner.

With recent pandemic, most of the individuals, decided to run their own self employed business, so if you are a UK citizen, not only there is no harm for you to know some of the self employed advice, but also it will be handy for you.

Recently, the chancellor of the United Kingdom, Rishi Sunak, took some measures to improve the conditions of self employed business too. Rishi claims that the UK will be strengthening some measures for supporting the freelancers and self-employed individuals in the country. They are thereby offering some tax deferrals and benefits to this sector of the public.

Who is Considered Self-Employed in the UK?

If you start working for yourself, you’re classed as a sole trader. This means you’re self-employed – and you and your business can be considered as a self employed business, even if you haven’t yet told HM Revenue and Customs (HMRC).

A person is self-employed if they run their business for themselves and take responsibility for its success or failure, Self-employed workers are not paid through PAYE, and they do not have the rights and responsibilities of an employee.

Changes in the Allowances of Self Employed Citizens

Those who are into self employed business will get access to the equivalent statutory sick pay. Also, they will get tax deferrals. However, they will not be a part of the 80% earnings pledge. There are various views that people are sharing on the issue.

The Federation of Small Businesses raised a concern on the issue too. It stated that if multiple companies in the nation are being forced to close down temporarily, then why is it so that self-employed individuals get an exclusion from the commitment of paying 80% of the earnings.

As per this scenario, it is unfair on the part of citizens into self-employment. For instance, an employer earns approximately £25,000 annually. He can now get access to £20,000 as per the new job retention scheme. On the other hand, a self-employed individual with a similar earning will have an allowance to access only £5,000 as support.

The most significant change is the sick pay. As per the announcement that the chancellor has made, the self-employed individuals can also access full universal credit that is the same as that of the statutory sick pay of the employees working at different firms.

At present, the value of this statutory sick pay is £94.25 on a weekly basis and can carry on up to a total of 28 weeks. Additionally, the government mentions that this money is payable not from day four but from day one itself for the individuals who are affected.

The other benefits remain as usual and are similar for employees and self-employed people. However, the general concern of these individuals is that they find it quite complex to navigate through the procedural system in order to seek any kind of support from the public finances. One of the freelancers also commented, “Have you ever tried to navigate the system to obtain any support from the public finances as a self-employed sole trader who has lost their trade? It is byzantine, with so many hoops.”

Earlier, the scenario was different. The system will apply a minimum floor income for the self-employed citizens if the person has been working for over 12 months. This would set the assumption that the individual is earning that much amount. This was an assumption without looking into it and knowing if the individual is actually earning that much.

The government is looking into the employment conditions of the country’s citizens. It understands the difficulties that the public is facing. The outbreak of COVID-19 is having several harsh effects on citizens working in different sectors. Thus, for providing support to the individuals, the government is trying to ease it out for them. So far, the overall reaction of the public to these measures by the chancellor has been positive.