TRUST IN BANKS: A Core Requirement?

The banking sector is mostly dominated by decent people who look for an honest living. However, there is no doubt in stating that the world would have been a better place in the last 3 decades without excessive risk-taking, frauds and poor judgment on part of banking institutions. It is also important to note that due to some bad apples in the industry, the entire sector pays for the reputation damage caused and also the reaction due to this by the regulatory bodies.

Banks typically have no deficiency of data on their consumers. From substantial life events like that of saving for the inevitable retirement or buying a house or more day to day transactions like spending in food and clothing, customers are in the practice of sharing their private details with the banks. A consumer’s credit card details/transactions show how a consumer changes his shopping patterns, whereas the deposit and loan information can indicate the consumer’s financial health. Often this data is not efficiently integrated to provide a detailed consumer view. Thus instead of creating an important data set, many banks have been constrained by these murky data swamps. However now due to technological improvements and improved analytic capabilities, many banks have been able to solve this issue by making personalized profiles of the consumers’ needs, wants and preferences.

According to Forbes, a poll was conducted for the global financial services consumer study, in which they polled 47000 consumers in 28 countries. The results are very inspiring for the banking sector. This is as even though 75% of the consumers said that they are very vigilant when sharing their private data, 6 out of 10 would still be willing to share their details with their respective banks. This information includes location data, lifestyle information, and other important details in a swap for a better deal. 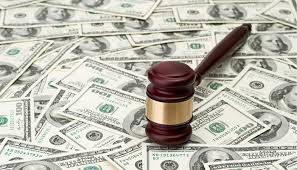 For Example, 59% of the consumers surveyed stated that they would share greater information in a swap for lower prices. 53% of these consumers would like an easier, faster and a more efficient loan approval process whereas 54% people said that they would be very much happy to provide banks with their location details as to get more personalized local deals

As a result, consumer data can not only be used to influence targeted selling, but such information can also be used to safeguard consumers from real-time credit card fraud. Banks could also forecast if the consumer is likely to overdraw an account and so could automatically make the requirements or compensations etc. This all may seem very good for the consumer’s point of view but here the banks have to be extra cautious not to violate the consumers’ trust. A good example of this would be if the bank sends out numerous unimportant or badly targeted offers which could also be regarded as the equivalent of junk mail. However, the situation would seriously aggravate if the banks share this information outside their workspace without a clear explanation to their consumers as to why they are doing so.

A general trend shows that the customer trust in banks has been slowly and steadily been on the rise since hitting an overall low in 2011 and 2012.

Trends show that consumers value trust more than any other factor in their decision to choose a bank, trust holds more importance for the modern consumer which even outweighs the price.

Consumer’s five most important factors when deciding a bank according to Visual Capitalist are:

Below are factors that would help in increasing consumer trust: One interesting study finds that women tend to trust banks higher than men. It also finds that trust in banks tends to increase with higher incomes, however, it decreases with age and also surprisingly education. The study concluded that trust in banks is directly affected by the political, economic and religious values of consumers. It interestingly also found that Televisions are likely to enhance trust whereas the internet demolishes the consumers’ confidence in banks. 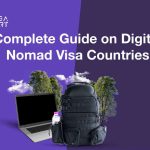 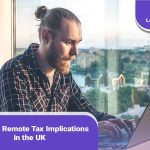