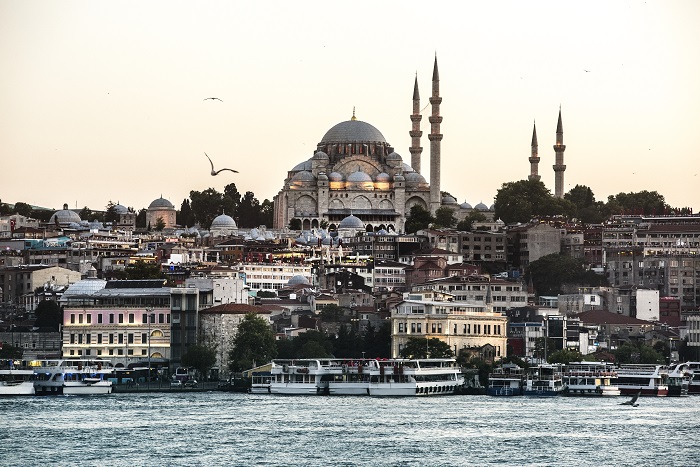 Business in Turkey; It seems far-fetched but is quite easy as a foreigner, it is essential for you to know the basics of doing business in Turkey. Company Registration in Turkey is relatively easy. Only one week is needed for a limited liability company to be registered in the country. The process can be done with a minimum of one shareholder and one director regardless of their nationality. Thus, the company can be wholly owned by a foreigner.

Also, if you are interested in investing in this country, you can take a look at the articles below:

Liability of Director in A Company: Turkey

Foreign Direct Investment in Turkey averaged $854.30 Million from 2003 until 2022, reaching an all-time high of $6,571 Million in May 2006 and a record low of $46 Million in October 2005. FDI leading to the commencement of the business in Turkey is forecasted to be $850 Million by the end of the first quarter of 2022. The primary trend is to project around $880 Million in 2023, notwithstanding the yearly inflation in Turkey hitting 61.14% on April 4, “climbing to a new 20-year high and deepening a cost of living crisis for many households” according to Reuters.

A great atmosphere for investors and entrepreneurs to start a business in here, especially in a global city like Istanbul, supports a liberal market economy and incentivizes the investors. Aside from being a stronghold of liberal taxation policy in the Organization for Economic Co-operation and Development (OECD). The corporate tax structure is designed to help the businesses grow while giving adequate revenue to the government at the same time. There are three types of taxes in Turkey:

• Tax on Expenditure and

In 2018, corporate taxes increased from 2% to 22%. For running a business here for foreign companies, their share of earnings should be both national & international. This case applies to the companies registered abroad, though having revenue out of Turkey’s market. Though, there are specific laws helping innovative entrepreneurs, giving them tax exemption.

When it comes to taxes on expenditure, VAT charges apply. The tax slab in Turkey for VAT is 1%, 8%, and 18% based on various products & services. Special Consumption Tax is charged only once on petroleum products, automobiles, planes, yachts, alcohol, tobacco, and luxury items. There is also banking and insurance tax and stamp duty tax in Turkey. Tax on wealth such as property tax, inheritance tax, gift tax & motor vehicle tax is the third tier of taxes.

It is of great wonder to be aware of the fact that Judges & Lawyers are among the highly-paid groups in Turkish society. Judges are rated as the 2nd highest paid group because of the enormous responsibilities associated with a monthly range of $840 up to $2,574. Lawyers earn big wages ranging from $633 up to $1,963 on a monthly basis due to some hidden factors of running a business difficulty i.e., insolvency & lack of standardized financial reporting standards.

Napoléon Bonaparte once said: “Give Me a Turkish Army. I will Conquer the world.” That’s how Turkey looks. Being the gateway to Europe as part of the New Silk Road trade corridor envisioned by China, referring to the One Belt, One Road (OBOR) project, Turkey is one of the most important countries for both east & west.

Became a member of NATO (North Atlantic Treaty Organization) alongside Greece on 18 February 1952, Turkey has full potential for Business, Tourism, Construction & Geopolitical importance. With a population of more than 85 million, the country has a history to tell for more than thousands of years. Having seen the Hellenistic, Roman, Byzantium, Seljuk & Ottoman empires, the new Turkey is built on the shoulders of Mustafa Kamal Pasha, a military commander who had distinguished himself during the Battle of Gallipoli, the Turkish War of Independence (1919–1923).

Famously known as “Ataturk”, literally translated to “Father of Turk,” he was the architect of the new Turkey in the form of abolishing 623 years of monarchical Ottoman empire & forming the “Republic of Turkey” on 29 October 1923 in Ankara, the country’s new capital.

As among the pioneers of forming the United Nations & a member of the G20, Turkey boasts off for many of its attributes. Istanbul is not only the cultural heart of Turkey, but its strategic location on the Bosphorus made it one of the most crucial business cities in the world.

The country is renowned for being among the global leaders in industries as producers of agricultural products (approximately 35% of the country’s economic contribution), textiles, motor vehicles, transportation equipment, construction materials, consumer electronics, and home appliances. In the meantime, the economy of this country is defined by many scholars as one of the world’s newly industrialized countries. In 2021, Turkey was named the world’s 20th largest nominal GDP and 11th-largest GDP by PPP.  The country is ranked 33rd on the Ease-of-doing-business ranking.

It is to reiterate that country’s export cost is way cheaper than other countries within Eastern Europe and Central Asia, creating an advantage for the country.

Total importation was more than $210 billion in 2019, making here a country to watch closely for business people & corporations. Machinery and transport equipment (31 percent of total imports), manufactured goods (16 percent), mineral fuels, lubricants and related materials (16 percent), chemicals, and associated products are the most essential importation of the country. Vehicles, machinery, electrical equipment, iron, and steel are among the most important exports of the country.

2 thoughts on “A True Yin-Yang basis Country: Turkey (I)”