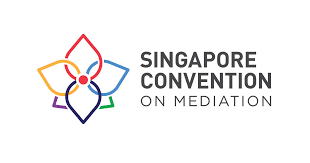 The Singapore Convention: A Significant Convention for International Dispute Settlements

The ‘United Nations Convention on International Settlement Agreements Resulting from Mediation’ (the Convention) was signed by 46 countries on  August 7, 2019 in an official ceremony held in Singapore. The Convention, known as the ‘Singapore Mediation Convention’ is the product of the United Nations Commission on International Trade Law (UNCITRAL), and in particular, the Working Group II (Dispute Resolution), which aimed at establishing an international regime for the enforcement of settlement agreements resulted from a successful mediation.

The mediation Convention is generally similar to the Convention on the Recognition and Enforcement of Foreign Arbitral Awards 1958 (the New York Convention) in the sense that it seeks to provide parties with the confidence that any settlement agreements made during mediation will be enforceable directly by the courts of a state ratified the convention. According to the Preamble of the Convention, this instrument also facilitates the development of ‘harmonious international economic relations between states’.

An efficient outcome would be the reduction of the enforcement costs, since a party does not need to commence a claim for breach of contract in the competent national court and attempt to enforce the resulting judgement in foreign appropriate courts.

Do you have legal issue about Arbitration and Dispute Resolution?

Harmony with Other Relevant International Instruments

According to its Preamble, the ultimate goal of the Convention is to facilitate the development of ‘harmonious international economic relations between states’. The Convention is likely to achieve the success of the New York Convention in terms of number of signatory states and application by international businesses. Article 1 of the Convention expressly excludes from its scope settlement agreements that have been recorded and are enforceable as arbitral awards, as well as agreements that have been approved by a court or concluded in the course of court proceedings and ‘are enforceable as a judgment in the State of that court’. The reason to exclude these agreements is to avoid potential overlap with existing conventions, notably the New York Convention and the Convention on Choice of Court Agreements (2005), thus creating and maintaining a harmonious relationship concerning the application of international instruments.

Key Provisions of the Convention Article 5 defines the grounds upon which a competent court may fail to grant relief at the request of the disputing party against whom it is invoked. These grounds can be classified into three main groups, namely in relation to the disputing parties, the settlement agreement, and the mediation procedure. Two additional grounds have also been noted: public policy and the fact that the subject matter of the dispute cannot be settled by mediation. An ambiguous issue that needs clarification arises when parties have failed to determine the applicable substantive law to their dispute. Under this article, the settlement agreement can be null, void or inoperative under the law to which the parties have validly been subjected. Failing any indication thereon, the competent authority, which is presumably the appropriate court enforcing the agreement, should determine the law deemed applicable.

It is questionable whether the appropriate applicable law is the same as the law applicable to the underlying contract or it would be subject to the sever-ability doctrine normally applicable to dispute resolution clauses. This may however depend on whether the court in question is determining formal validity versus substantive validity of a settlement agreement. Nevertheless, this complex conflict-of-law issue may not be resolved straightforwardly by national courts and would need further clarifications by UNCITRAL.

46 countries, including the US, Singapore, China, India and South Korea, signed the Convention during the official signing ceremony. The UK and the European Union have not yet ratified the Convention. The Convention will perhaps be instrumental in encouraging parties involved in transnational transactions to consider mediation as an efficient and pragmatic alternative to arbitration and litigation. It is essential for the UK to ratify the Convention promptly in this rather turbulent period so that the English Courts can maintain their attractiveness for effective adjudication of international commercial disputes.