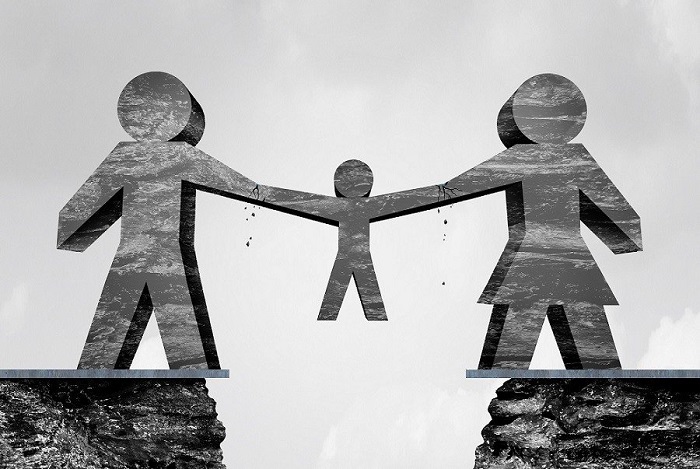 Parents’ values most in their lives will always be their child. Therefore, they would do anything to ensure that their child is safe and properly cared for. However, sometimes, this care and security cannot come from the child’s parents. In these cases, temporary custody (temporary guardianship) comes into effect.

Temporary child custody orders make sure that the child’s well-being and happiness are always considered. But, how can you know if temporary guardianship is the best decision for your child?

What Is Temporary Child Custody?

When a child cannot be in the care of both of his/her parents, then the issue of custody arises. The parties involved must decide where the child will be placed and with whom. Temporary custody involves placing the child with a parent or guardian temporarily until a court issues a permanent custody order. From there, the child will stay in the care of the appointed person.

Also, since you may be anywhere in the world, this article may come in handy!
Divorce: on International Scale!

There are two ways to decide which parent gets temporary custody. Usually, the couple makes the decision themselves. If they cannot, they will go to court, and a judge will choose who has custody. However, the most important factors when determining guardianship are the best interests of the child.

What Is an Emergency Child Custody Order?

A special type of temporary custody order is an emergency custody order. This order is usually given because the child is in danger or their environment is unsafe or unhealthy. This would mostly refer to situations where a child is sexually or physically abused. The process to get emergency custody is usually finished quickly because of concerns for the child. They are usually issued in a few days or even a few hours in serious situations.

Who Can Get Temporary Child Custody?

Technically, anyone can obtain temporary custody of a child. However, the custodian (the person who has custody) is usually someone with whom the child’s parents have a connection. They must also be able to support the child during the time that he/she is in their care. Potential custodians can include:

The most common reason for filing a temporary child custody petition is divorce. During a divorce or separation, one of the parents is given custody until a final custody order is issued. This process is completed along with the other issues that need to be solved during a divorce, like child support. Alternatively, it can also ensure that one parent will not relocate the child without the other parent knowing about it.

Besides this, there are other reasons for temporary guardianship. These include:

How Do You File for Temporary Child Custody?

The first thing to do is go to an appropriate family court in the area that the child lives in. Then, you must complete the necessary forms regarding child custody. There might also be a fee, depending on the area. In most states, the documentation needed will include:

After this is done, the other parent must be notified of the petition for temporary custody. Then, there will be a court hearing with both spouses present. Depending on the judge, there might be an opportunity for testimony from both spouses, and other witnesses. Spouses can also present any documents that prove that being in their custody is in the child’s best interests. The judge will then review the details of the petition and ask any questions that they have.

At the end of the hearing, the judge will make a ruling regarding who has custody of the child. This could be the proposed temporary order or a modified version of it. The judge can also rule that more information is needed to make a proper decision. In this case, another hearing will be held in the future. The judge would then issue an order that is only effective until that next hearing.

What Should a Temporary Child Custody Order Contain?

How Do You File for Emergency Child Custody?

Filing for emergency child custody is not very different from the process mentioned above. The main difference is that the procedure of the case will be quicker. The first step is to file a petition for emergency custody with an appropriate family court. This explains the nature of the situation and its urgency. The judge usually decides whether to issue the order in a few days or hours.

There is also a possibility that a hearing will be held in these cases as well. However, it is usually held ex parte. This means that the other parent will not be present at the hearing. After emergency custody is granted, another hearing will be scheduled with both parents present, giving both a chance to show evidence. Then, after the judge sees the evidence and hears the testimonies of both parents, one of three things will happen. They will overturn the order, change it, or let the order continue unchanged.

What Happens after Temporary Child Custody is Granted?

A temporary order remains valid until one of three things happens;

First, a judge can end the order, terminating the person’s rights to temporary custody;

Second, a judge can change the order after seeing new evidence or a change in the case;

And Finally, a judge can replace the temporary custody order with a final one, giving permanent custody to the parent(s).

After a temporary custody order is put into effect, the parent without custody is given visitation rights;

This means that they will be able to see their child through supervised or unsupervised visitation. Usually, these rights are awarded graciously unless there is a reason that the parent is a danger to the child. This includes things like the possibility of abuse or a drug or alcohol addiction.

If you need any assistance regarding child custody claims or temporary child custody orders, please contact us here at LegaMart to gain access to highly qualified lawyers experienced in family law. Here will be there every step of the way through this difficult time.

How long does a temporary child custody order last?

There is no set time period for a temporary child custody order because every case is unique. Times can also vary from place to place. However, temporary orders usually last until they are changed by the court, or a final custody order is issued.

What should I do if I disagree with the judge’s final ruling on the custody of my child?

If you disagree with or contest the judge’s final decision, there is the opportunity to file a formal appeal. The case will then be retried. This means that the legal process for getting child custody will start over again in a higher court of law.

Can a Temporary Child Custody Order Result in Having Permanent Custody of My Child?

Yes, it can. To get permanent custody, the custodian must prove that the environment they live in is suitable for raising a child. They must also prove that they can support the child emotionally and financially. If these requirements are met, there is a high chance that a temporary placement can become permanent.