In the 21st century, almost every business or corporation has branches worldwide. Thus it becomes difficult to track the working place of these businesses. It will be very stressful to deal with foreign companies. Increasing globalization will increase litigation in foreign countries. It is possible to sue a corporation in a foreign country if the corporation has breached some terms of the contract.

Legal action in your national courts may be complex if the courts cannot provide appropriate relief or compensation. Another difficulty that may arise in a federal court is that the national courts won’t be able to track the leading corporation responsible for providing you the relief. Legal obstructions may be faced in national courts, such as the country cannot proceed against a giant corporation because of an international treaty.

Foreign courts will be useful where the parent company is situated outside your local country.

A transnational corporation is a corporation that does business in more than one country. If you want to take action against a parent company, it would not be easy if the subsidiary company is residing in your local country. The parent company’s assets will be in another country, so the national courts might not have jurisdiction in those countries.

Generally, most corporations work as a part of the supply chain. More than one company is involved in a global supply chain. The leading company may be located outside the country’s jurisdiction. Human Rights organizations can hold these corporations accountable for their negligence and faulty services in a foreign country. One example was Doe v. IFC, where the two World Bank Group members pleaded guilty to aiding and abetting gross human rights violations.

Deciding where to Sue a Corporation in a Foreign Country

Courts in Countries where the corporation is Domiciled

Difficulties while Suing a Corporation in Another Country

In addition, when you want to bring a lawsuit against the corporation in another country, the applicable law may allow you to obtain relief or compensation. A lawyer can help you make your options aware before proceeding with a trial in a foreign country. You will not be able to claim more damages if your country has a narrow scope of claiming damages.

Procedure to sue a corporation in a foreign country

The procedure to sue a corporation may vary depending on the selected country. It must be decided whether legal action is permissible in a foreign country or not. After that, the trial can proceed further. You must know specific details, like whom to sue and where to sue.

The forum selection clause often will not govern a dispute or claim. In those cases where it does not, a plaintiff may file a suit abroad where the parent company has its main branch or where the parent company has its assets. In addition to providing details of the claims against the corporation, the complaint should contain a general description of the alleged wrongdoing. File the suit in the district in which the contract was signed or the one specified by the contract. The plaintiff must petition the court clerk by paying the filing fees with the help of an international lawyer. The filing process will vary from country to country.

Serving notice to the other party

The best thing after filing a suit is to serve notice to the other party. If there is no reservation on service by mail, it will take much less time to summon the party this way. If the company or individual you wish to sue is outside the EU, the court’s permission is needed to serve the claim in a foreign country, which will give notice of the claim to the other party, who will be required to go to this country to defend it.

It may happen that your trial will be all about deciding the jurisdiction or venue. Eventually, the corporation may escape because of these issues. To obtain justice against the corporation, it is crucial to decide in which country the claim will be satisfied. Search for a lawyer to assist you in filing a lawsuit against a corporation in another country.

Litigation against businesses in foreign countries is challenging because of the legal system in that nation. Thus it becomes crucial to know all the difficulties faced if you want to sue a corporation in a foreign country. So you must always consult a lawyer who can help you with all your claims. Legamart offers the best solution for your issues regarding litigation. They have a network of excellent lawyers who can help you bring relief for your injuries or damages.

Legamart offers the translation of various documents into several different languages. You can also get your legal queries solved through Legamart. Depending upon your requirement, you can choose from a dozen of lawyers in the directory offered by Legamart. 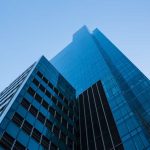 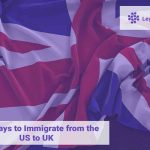 Best Ways to Immigrate from the US to UK