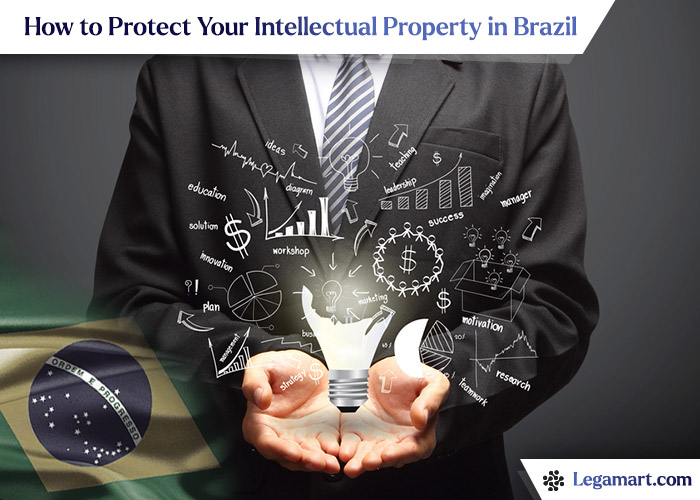 Intellectual property comprising patents, trademarks, geographical indications, and industrial designs. The name of the agency which is responsible for the administration and registration of this intellectual property in Brazil is Brazil’s National Institute of Industrial Property (INPI). There is a government website called ‘inpi.gov.br’ which is available in the Portuguese language where the application for the patent, trademark, and industrial design can be filed in the electronic form.

The first step while registering the Intellectual property is to check if there exists any prior right of someone in the same or similar thing. It can be searched out on the database which is available on the website mentioned above.

Other articles regarding intellectual property are available here:
Unbelievable Rights Existing in Intellectual Property in Iran!

Do you have legal issue about Intellectual Property Law?
Get Quotes Now!

When we apply for a trademark through INPI, there is a process of the preliminary examination is done, after which the mark is published in the Industrial Property Gazette. There is a time of 2 months provided after that to the opposition interested parties to oppose the registration. Then it gets submitted for the substantive examination before granting trademark rights to the applicant.

The period of the trademark right is 10 years in Brazil, which can be renewed for subsequent 10 years afterward. There is no fixed limit on the number of times it can be renewed. Thus, it can be renewed an indefinite number of times. It uses the system of ‘first to file’ which means that the person who applied first will get the right over the mark. If a third party has been using the same trademark in good faith before you for more than 6 months, then they can challenge your claim of the trademark over that mark.

It protects the inventions of someone so that others cannot use or sell your invention. There are two kinds of patents available in Brazil, known as patents of invention and utility models.

A patent of invention is granted to a novel invention that has an inventive step and is capable of industrial use. Utility models are granted to objects of practical use which can be applied in the industries. There must be a functional improvement in terms of its use or manufacture.

The application can be made in two ways: directly to the INPI or through Patent Cooperation Treaty.

If the subject is disclosed to the public, it is considered to be in the public domain and the application for a patent must be filed before that. There is also a provision of compulsory license in Brazil, which says that any person who has the technical and economic capacity to carry out efficient exploitation can file for a compulsory license if the titleholder exercised their rights in an abusive manner. The validity period for patents is 20 years from the date of filing while for utility models, it is 15 years from the date of filing.

The other method of IP in Brazil is that is an exclusive right in nature. The copier has the right to produce, reproduce, publish or communicate an original literary, textual, spoken artistic, dramatic, choreographic, audiovisual, photographic, musical, visual, model, literary adaptation, computer program, or compilation work. There are two types of a copyright system, that is patrimonial rights and moral rights.

The registration authority for copyright in Brazil is the Copyright Office of the National Library. Other institutions such as the School of Fine Arts and School of Music which are part of Federal University can also register other forms of copyrightable work. The period of the validity of copyright is the life of the author plus 70 years.

How to Enforce IP Rights in Brazil

The responsibility of protecting and enforcing the rights lies with the right holders themselves, for which they can retain counsel and advisors if required. Generally, IP disputes are brought to the state courts but when the infringer is a federal entity, it is brought to the federal court.

Both civil and criminal charges can be brought depending on the type and severity of the dispute. There is also an option of the Alternative Dispute Resolution method to resolve the dispute about Intellectual Property. Mediation and Arbitration can be used by the parties so that they don’t have to go to the court, which is comparatively expensive, adversarial, and more formal. Formal Court proceeding results in varying remedies such as monetary damages, imprisonment, fines, temporary or permanent injunctions and search and seizure orders.

In case of suspicion of IP Infringement, your lawyer can send a cease and desist letter to the alleged infringer informing them that you believe that they have infringed on your Intellectual Property rights and advising them to refrain from committing infringement.

The procedure of the IP in Brazil or Intellectual Property Right registration must be complied with as per the rules to avoid any violations in the future. 3 thoughts on “IP in Brazil: How to Successfully Protect Yours”