This article is written by Zainab Adnan

The Coronavirus and the associated government public health measures produced the most significant economic turbulence at a global level. Regarding the U.S., approximately 22 million individuals lost their jobs between March and April 2020. This skyrocketed the unemployment rate from 3.5% to 14.7%. In addition, the second quarter of 2020 saw an almost 33% decline in economic output as consumers cut down on their spending at home and firms reduced their production.

Naturally, business partnerships were severely damaged by the economic crisis, which led to a rise in legal disputes and litigation. A database of federal and state court cases revealed that there had been about 1,500 contract disputes involving the epidemic. The use of force majeure clauses by parties to circumvent their contractual obligations made up a portion of these cases.

What is Force Majeure Clause?

The circumstances under which force majeure will apply depend on me whether a contract has a force majeure clause and (ii) how that clause is specifically worded.

The elements of execution of the force majeure clause are as follows:

Force majeure provisions generally require the party that benefits from the clause to notify the other party if it wants to use the clause and to exercise diligence or best endeavours to resume performance as soon as feasible if the force majeure event causes a temporary interruption. They may also allow only one party to be released from their responsibilities under the contract; however, they typically exempt both parties.

When a clause for force majeure is included, the court must interpret it in light of the circumstances that gave rise to the dispute. The common-law excuse doctrines of impossibility or frustration must be used when the phrase is absent for one party to escape or defer its obligations. When the impossibility or impracticability doctrine is involved, the seller typically tries to get out of having to produce, distribute, or transport the products. The vendor claims that it is not feasible or viable to fulfil. When the frustration concept applies, the buyer typically tries to get out of having to make a purchase.

The purchaser contends that subsequent circumstances have thwarted its intent to purchase the products for economic gain. Parties seldom succeed in relying on these concepts because courts interpret them narrowly and use them sparingly. Therefore, sophisticated business parties almost usually include force majeure clauses in their contracts and rely on them, rather than the common-law excuse doctrines, if they want to avoid fulfilling their contractual commitments.

However, most courts have also given force majeure provisions a minimal construction out of concern that a broad reading would allow parties to evade their contractual obligations opportunistically.

How Do The Courts Interpret the Force Majeure Clause?

When analyzing force majeure provisions, courts often follow a three-step process. Courts will first examine a force majeure clause’s precise wording and how it defines the circumstances that qualify as force majeure. Second, a judge will decide whether the specified occurrence was the real reason for the delay or failure to fulfil the contract.

Even though COVID-19 is an excellent argument for skipping boring social events or get-togethers, you won’t be able to use it to avoid your contractual obligations unless you can show that the pandemic was directly related to your failure to comply. Courts will also consider the remedy that your force majeure provision offers. Some terms can let you put off performing until the specified event is over, while others might let one party terminate the agreement.

Despite the stringent interpretations most courts use, certain courts have been prepared to create remedies that might not match a written contract. An Illinois Bankruptcy court interpreted a force majeure provision in a lease to partially excuse performance, decreasing a restaurant owner’s duty to pay rent in proportion to income lost due to an executive order closing down in-person dining but promoting carry-out, curbside, and delivery service.

These instances show that it still needs to foresee how force majeure provisions will be interpreted. One important lesson learned is that previous to the COVID-19 outbreak, force majeure provisions were frequently poorly worded and failed to assign risk in a way the contractual parties would have found acceptable. Contracting parties spent little to no effort developing or negotiating these terms because they were frequently boilerplate and repeated from deal to agreement.

Numerous substantial financial losses have occurred due to improperly designed force majeure clauses, and both businesses and clients have recognized this. Parties entering into contracts should carefully examine and amend their force majeure clauses to maintain their long-term sustainability in light of the reality of the previous two years.

The ejusdem generis rule is generally acknowledged to not apply to the interpretation of force majeure provisions, albeit it will always rely on how that specific clause was drafted. However, a shift in the market pricing or a rise in performance cost won’t often qualify as a force majeure. Moreover, in light of COVID-19, a party required to fulfil a contract that has become economically unfavourable is unlikely to be eligible for force majeure relief.

How Do I Make The Most Out of The Force Majeure Clause?

Moreover, it would help if you considered the importance of the relationship to you and the other party and what concessions you and they might be prepared to make now to try to preserve and proceed with the relationship in a post-pandemic future. This is in addition to determining how to position yourself in negotiations in light of the law and the current situation.

COVID-19 has seriously disrupted supply chains, making it challenging for many industries to fulfil their contractual responsibilities. Therefore, force majeure clauses are becoming increasingly popular for parties to escape blame when they cannot meet their contractual duties due to circumstances beyond their control.

One of the future contractual changes we should anticipate in the post-COVID-19 era is the inclusion of a term in force majeure clauses that specifically address pandemics, epidemics, and other comparable occurrences, similar to how terrorism was codified as a standard force majeure event following the 9/11 attack. Allocating the specific extent of risks regarding impending pandemics would require careful writing while considering the fundamental principles that make force majeure clauses enforceable. 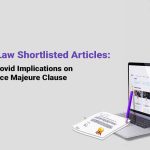 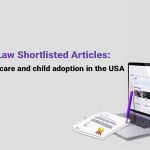