Coronavirus is not just about health threats, it also might lead to oil price changes. It changes oil prices, and also disrupts the travel sector, supply chain, financial markets and to put it simply, the economic and business world. Day by day, Corona is becoming one of the major destabilizing forces in terms of the market. With that said, the Energy sector is on the verge of entering new territory.

“broader contagion across the wider Asia-Pacific region and advanced economies – as has happened in China – could cut global growth to as low as 1.5% this year, halving the OECD’s previous 2020 projection from last November. Containment measures and loss of confidence would hit production and spending and drive some countries into recession, including Japan and the euro area. In the most affected countries, adequate liquidity needs to be provided to allow banks to help companies with cash-flow problems while containment measures are in force, it adds”.

Now What about The Oil Industry?

The oil price war between major producing countries, Russia and Saudi Arabia have led to the global instability of price and a temporary lost-lost game. Bloomberg stated in an article that: “futures slumped by about 25% in New York and London Monday as Moscow and Riyadh began an all-out price war after the collapse of talks between members of the OPEC+ alliance last week”. 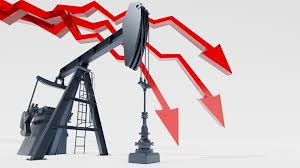 According to the Guardian, “The price of Brent crude oil fell nearly 30% to $31.14 on Monday, its biggest single fall since the start of the first Gulf war in 1991. Some experts predicted it could fall even further unless the Saudis and Russians returned to the bargaining table”.

Even worse, the stability of some countries like Nigeria, Angola, Algeria and Iraq may be threatened. Considering these issues, the U.S. shale oil is the first potential victim in the prolonged oil war.

Today, we are living in a world where the oil market has an impact on a majority of the aspects of lifestyle, such as tourism, production, shipping industry, airline services, and transportation.  Saudi Arabia’s recent strategy to increase oil production can be considered as the beginning of a price war in order to compete with Russia and the U.S.

What Do the Statistics Say about Oil Prices?

According to Reuters, On 9 March:

-Monday marked the biggest one-day percentage decline for both benchmarks since Jan. 17, 1991, when oil prices fell a third at the outset of the U.S. Gulf War.

-Both benchmarks plunged 25% on Monday, dropping to their lowest levels since February 2016 and recording their biggest one-day percentage declines since Jan. 17, 1991, when oil prices fell at the outset of the first Gulf War.

Moreover, as stated by Reuters today, “Oil prices jumped by around 10% after yesterday’s biggest rout in nearly 30 years as investors eyed the possibility of economic stimulus and Russia signalled that talks with OPEC remained possible”.

According to an article written by Jacob L. Shapiro, consultant on geopolitical risk and international affairs:

“The Russian-Saudi price war will have repercussions throughout the world, especially in countries either dependent on oil exports or with significant oil industries. North American shale producers have managed to lower their costs such that American shale is the second cheapest source of new volumes in the world, second only to Saudi Arabia’s mighty onshore fields. Unfortunately, those same producers face $71 billion of maturing debt in the next seven years and have not made production cheap enough at these price levels. The hemorrhaging will continue for Canadian oil sands producers Like the U.S.-China Trade War, the repercussions of the Russia-Saudi Price War will be global.”

So What Can Be Considered from These Tragic Events?

Undoubtedly markets are in deep turmoil these days. It seems that oil price dropping is not solely due to the Coronavirus outbreak. In fact, political issues and arguments play an important role. Russia’s pursued targets to hurt its competitors in the U.S. shale patch can be mentioned as an example of this vital role.

Governments should design comprehensive strategies in order to act swiftly to decrease the consequences of the COVID-19 on the global economy and market fluctuation. What is more, a global coordination and negotiation between the oil super-powers is essential. If you are a businessman or investor, it is recommended to diversify your portfolio so that it covers oilfield and other industry types.