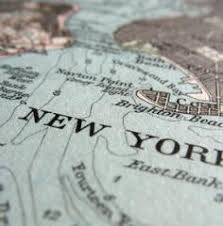 Article v(2) of the New York Convention has mentioned public policy and arbitrability as two restricted grounds by which the competent court can refuse enforcement of its motion. The Dutch supreme court took the most broadened view of public policy, which includes both substantive and procedural mandatory rules. In contrast, the court dismissed the distinction between national and international public policy in full support of the primary concept of NYC in Article v(2).

It was mentioned that the court should comply to its own norms for public policy if given effect to a foreign award in a domestic territory [1]. Not surprisingly, Indian stare decisis dismissed the international public policy argument in many cases[2]. However, the issue is not always this plain. The concepts of public policy in an international scale may differentiate from national one[3] and the courts could apply a narrow discretion and distinguish between the national and international standards of public policy[4]. Furthermore, it is argued that the goal of NYC is to let arbitration delocalize from states by floating on the surface of the legal systems in favour of international trade[5].

Many courts and commentaries deal with the international issues of public policy and arbitrability by narrow pro-enforcement policies. Two narrow tests may be applied on the enforcement level. First, a non-arbitrable case in the domestic scale can be considered as an arbitrable one, especially where a foreign court is dealing with the arbitrability claim in reference to the chosen law[6]. For instance, the primary and appeal courts of the USA in Ledee v Ceramic Ragno[7] refused to apply a Puerto Rican law that had prohibited the arbitration in car dealing contracts and, in contrast, applied an international norm instead of a national one. The second test is the most common notion of morality and justice[8] which was given in the US Parsons[9] case. In another American case[10], a mandatory procedural rule of Italy which precludes the odd number of arbitrators was rejected as far as it was not explicitly recognised as a fundamental rule that is interlinked with public policy.

The violence of the international public policy in cases like fraud, bribery, or money laundering is different from domestic issues, which are not valid for the rest of world. The accuracy of this test may be visible where national standards applied to Abnaa Al-Khalaf case[11] in which an award was annulled because it was not initiated with the name of the Emir of Qatar. The reflection to the most national notion of public policy to the foreign arbitral awards may appear on the enforcement level, where a foreign court ignores the annulment decision of the competent court of the seat because the alleged public policy remedy does not offend internationally[12]. The application of domestic public policy which is unique to the seat, like what happened in International Betchel v Department of Civil Aviation of the Government of Dubai[13], cannot get the legal protection of the other jurisdictions internationally. Thus, because every state has its individual norms of arbitrability and public policy[14], the application of the public policy can be narrowed with tests which neutrally are applicable on an international scale[15] to get the support of other countries.

It is argued that an international arbitration award is delocalized as it is distinguished from a domestic one by NYC [16]. The place which parties choose the seat of arbitration must mirror the fact that the tribunal be formed on a naturally sovereign state’s land. Thus, it cannot be interpreted that parties have accepted the governance of a national law on their relationship.

The function of the courts, as mentioned in Channel Tunnel Group Ltd v Balfour Beatty Construction[17], is not just to support arbitration but find some remedies to enforce the foreign arbitral awards as we can see this trend in Deutsche Schachtbau-Und Tiefbohrgesellschaft m.b.H. v R’as al-Khaimah National Oil Co[18]. Some effects of delocalization is visible in the US precedent where the Supreme Court has rejected a narrow analysis of public policy supporting international commerce[19]; in Bremen v. Zapata Off-Shore Co[20], it was held that: “…we cannot have trade and commerce in the world market and international water exclusively on our terms, governed by our law…[21]”.

French courts have addressed and applied the delocalization since General National Maritime Transport v Societe Gotaverken Arendal[22] where it was held that the parties delocalized the proceeding of arbitration. The context of NYC which let courts apply their own discretion gave room to a narrow interpretation of mandatory rules in an international forum and let award-creditors open a case in other jurisdictions asking the competent court to examine whether the court of the seat has applied the proper law. Therefore, as far as the pro-enforcement policy of NYC concerns, delocalization can reduce the impact of domestic interpretations of public policy and arbitrability to a very fundamental accepted notion of fairness and justice that can create an international harmony in judicial practices[23].

[4] Albert Jan van den Berg, ‘Refusal of Enforcement under the New York Convention of 1958: the Unfortunate Few’ in Arbitration in the Next Decade-Special Supplement: ICC International Court of Arbitration Bulletin (1999) p86

[12] Rishabh Jogani, The Role of National Courts in the Post-Arbitral Process: the possible issues with enforcement of a set-aside award [2015] Arbitration 81 (3) 254,266

[14] IBA, Report on the Public Policy Exception in the New York Convention (2015)