How old do you have to be to move out in the US? | LegaMart Articles

As a result, leaving the parental home and establishing an independent residence is an important milestone in the transition to adulthood. As teenagers push against the boundaries set by their parents, the teen years are fraught with angst and drama. Many people fantasise about living alone, or at the very least with the ‘cool family’ down the street. Most teenagers regard these as fantasies, while others feel compelled to leave.

According to the National Runaway Switchboard, 30% of teens run away for a variety of reasons, including:

A runaway is defined by the Office of Juvenile Justice and Delinquency Prevention as a child who meets one of the following criteria:

Is it legal to runaway?

The laws governing runaway teens differ from state to state. Running away from home is not a crime in most states, so the teen cannot be imprisoned, though he can be held in police custody until he can be returned to his family. In Michigan, for example, even though the legal age of majority is 18, the court has no jurisdiction to order a teen runaway under the age of 17 to return home, so the police are unlikely to intervene.

Running away is a status offence in some states, such as Texas. A judge may order the teen to return home, to be held in a detention centre until his parents can pick him up, or to be placed on probation.

Teens are considered homeless if they run away and are:

What if the teenager is abused?

Many teenagers flee their homes to avoid physical or emotional abuse. These teenagers are treated differently than those who flee simply because they want more freedom or dislike their parents’ rules.

A teen is considered a runaway in Virginia, for example, if he leaves home ‘without reasonable cause’. As a result, a teen who ran away because he was physically abused would have reasonable cause to flee and would be classified as a child needing supervision rather than a runaway. Instead of being returned to their parents, the teen would be placed with another family member, an adult friend, or a foster or group home.

In Maine, the Department of Health and Human Services is contacted for all runaway cases, regardless of the reason. If DHSS believes that returning a child to his home would harm him, or if the teen refuses to return to his parents, DHSS can obtain temporary custody and place the teen with another family member, an adult friend, or in a foster or group home.

Of course, a teen who flees due to abuse must tell a trusted adult why he fled to avoid being forcibly returned to his parents. If you suspect a teen is being abused, call 1-800-4-A-CHILD (1-800-422-4453). The teen (or a concerned third party) can also file a report with child protective services, who will investigate the allegations of abuse and, if necessary, remove the teen from his home.

Other Legal Ways for Teens to Leave Home in the US

Teens have options other than fleeing or simply waiting until they are old enough to leave.

When a teen marries, he may become legally emancipated.

Enlistment in any armed forces branch results in a teen’s legal emancipation.

If the court determines that emancipation is in the best interests of the child, it may grant an order of emancipation.

Emancipation is difficult to obtain, but once granted, the child has the same legal rights and responsibilities as an adult, with a few exceptions. An emancipated teen’s parents are no longer required to provide financial or physical support to the teen.

A teen may be able to transfer legal guardianship from his parents to another adult. Guardianship can be either permanent or temporary (usually less than one year). Once appointed, the guardian will have the same rights and responsibilities as the parents regarding the teen’s care, including financial support. The parent’s rights are not completely terminated by the transfer of guardianship, and they may still be financially responsible for contributing to the teen’s care.

Transferring guardianship is simplest if both parents agree. If the teen’s parents do not consent, the proposed guardian must file a petition in court and demonstrate that it is in the best interests of the teen to be placed in the guardian’s care. The parents can contest guardianship in court, which could lead to a lengthy and drawn-out process.

In the case of a teen whose parents are divorced, the custody agreement may be modified so that he can live full-time with the non-custodial parent. If both parents agree, the process is as simple as filing a custody modification with the court. If everyone agrees, the judge will typically sign the order.

If neither parent agrees to the custody modification, the non-custodial parent must file a petition in court. For the judge to grant the modification, he must find that it is in the best interests of the teen.

It is important to remember that state laws governing a teen’s right to leave home differ. There are distinctions in the:

Before taking action, it is important to consult with a licenced attorney who has dealt with similar issues.

Advice for a successful move

The teenage years are often fraught with conflict. However, leaving home is a drastic measure that should be used only as a last resort, except in child abuse cases. If you have a problem with a teen in your home, seek professional help from a licensed lawyer and counsellor who can help you try to mend the family relationship. 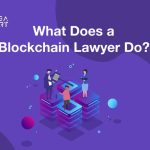 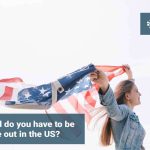