Upcoming Mergers and Acquisitions 2022 in UK

The term “mergers and acquisitions” is commonly used in corporate circles. A merger combines two separate entities into a single entity to increase strengths. An acquisition is when a company buys most or all of another company’s shares.

The year 2022 is the year of mergers and acquisitions 2022 in UK. However, the first question to ask is: what is M&A?

M&A is when a company purchases more than 50% of another company’s shares, such a company can make decisions about the newly acquired shares without the approval of the other shareholders. For example, a company in the middle east buys 55% of a company based in the United States or Hong Kong.

Importance of Mergers and Acquisitions

Each of these mergers and acquisitions costs billions. Companies merge because they want to enjoy competitive advantages. It is the reason Morgan Stanley closes acquistion of Eaton Vance in March 2021. Another reason for mergers and acquistions is to diversify business operations and enter new markets. International acquisitions involve overseas buyers who buy a company to reach new customers. They do this to improve their capacity to market products in international markets. Also, an acquisition helps to increase the market value of the dealmaker’s shares. Companies need to protect the interests of every shareholder.

In an acquisition, a firm approaches its target firm and offers to buy its shares at a specific price. The target company is at the discretion of accepting or rejecting what the firm offers. If the target company agrees with the offer, the acquirer takes control of the company. This article will focus on the upcoming mergers and acquisitions 2022 in the UK.

(1). Horizontal M&A: This involves one or more organizations taking over or merging with another that operates in the same industry and offers the same products or services. The companies involved are usually in the same stage of production.

(2). Vertical M&A: A vertical merger involves two companies in the same industry but at different stages of the production process. For instance, an automobile company merges with a parts supplier.

(3). Concentric M&A: This involves companies operating in the same industry with similar customer bases but offering different types of products and services. For instance, a cell phone company merging with or acquiring a cell phone case company.

(4). Conglomerate M&A: This involves companies that have unrelated business activities. These kinds of M&A transactions are entered into to expand industries. For instance, a clothing company acquiring or merging with a software company.

Regulation of Mergers and Acquisitions in the United Kingdom

The UK laws that govern mergers and acquisitions include:

1. The City Code on Takeovers and Mergers (the takeover code): This code comprises general principles and rules that govern the takeover process. One of its basic principles is the fair and equal treatment of the target’s shareholders. The code contains strict rules about what offeror’s can and cannot do. The takeover panel handles the administration and enforcement of this code. Obeying this code ensures the protection of the interests of every shareholder.

2. The Companies Act: This act is subject to the jurisdiction of the UK courts.

3. The Financial Services and Markets Act 2000 (FSMA): The Financial Conduct Authority (FCA) regulates the issuers and financial markets. They specify obligations that apply to the takeover of listed companies. Listed companies are companies whose shares trade on the stock exchange. Other regulations include;

a. The NSI Act allows the UK government to scrutinize certain acquisitions.

b. The Companies (Cross-Border Mergers) Regulations of 2007.

Further, if the UK turnover exceeds 70 million pounds, the company must notify the UK government.

10 Upcoming Mergers and Acquisitions in the UK

According to the M&A Research Centre, there is an increase in the number of M&A transactions worldwide. The amount of M&A transactions involving UK companies has continued to increase. During the pandemic, the UK real estate sector provided a heaven to investors. The total deal value of 2021 surpassed that of 2020 with a 33.5 percent increase. The UK financial services industry announced a seven-year high earlier this year. Private Equity buyouts accounted for around one in five deals in 2021.

A private equity firm buys and manages companies before selling them. Also, sales of UK targets to overseas buyers rose by 31 percent. Despite some challenges, such as supply chain disruption, transactions remained strong in 2021. The reason is that companies are seeking growth, so they adopt M&A as a growth strategy, not minding the deal’s cost.

As a result, there are a lot of completed deals and also many more that are still upcoming. Although there has been growth in the UK M&A market, a few deals are on hold for some reasons. Yet, the deal volume for upcoming deals surpasses the number of fallen deals. Below are some upcoming mergers and acquisitions in the UK.

Countryside put itself up for sale this year after rejecting two takeover approaches. The British home builder did this because of the pressure from shareholders. In September, Vistry Group and Countryside Partnerships agreed to a takeover. The deal value is £1.25 billion. This transaction will generate value for both Vistry and Countryside shareholders.

The UK business accepted a takeover offer from OpenText in August. The deal includes the company’s debt and is worth £5.1 billion. This acquisition will bring meaningful revenue and operating scale to OpenText. After this transaction, it will be one of the world’s largest software businesses.

The company announced in August that it would sell its online retainer stake to Farfetch. The deal value is 2.7 billion Euros. Farfetch will take a 47.5 percent stake in Richemont’s multi-brand e-commerce player. This deal caused the shares of Farftech to skyrocket. By taking potential control of its largest rivals, Farfetch will establish market dominance. Farfetch intends to buy more of the online luxury fashion company.

5. Bourne Leisure in Talks to Buy Back Butlin’s for £300 Million

Bourne Leisure is on the cusp of a deal to regain company control. The deal value is £300 million. UK firms continue to capitalize on the demand for Uk domestic holidays. Bourne Leisure will transfer most of the funds to its other brands.

In August 2022, Veolia agreed to sell the UK waste business of Suez to Macquarie for 2 billion Euros. This deal is to resolve competition concerns. After the transaction, Veolia will remain a significant player in the waste sector in the Uk. It will also be popular in the environmental services region.

Both companies signed an initial merger deal in June. The deal value is £2.8 billion. The two companies will structure the transaction as an exchange of shares. This deal will combine the companies’ resources.

The finance magazine accepted a buyout from two private equity firms in July 2022. The deal is worth £1.7billion. Paris-based Astorg and London-based Epiris approached the company in June with an offer. Its investors will receive £14.61 per share from both firms as a result of this transaction.

This merger would create a new company with a combined portfolio value of £5 billion. The real estate giants agreed to a £3.5 billion all-share merger in June 2022.

Go-Ahead Group agreed to a buyout from Kinetic Holding and Global via Inversiones. The deal is worth £647.7 million. After its announcement, the company’s shares rose by 24 percent.

The number of UK firms that have M&A transactions in 2022 almost surpasses that of United States firms. There are also lots of completed deals in the UK. The dealmakers understand the various benefits of mergers and acquisitions. Hence they adopt them as growth strategies. Asides from the companies mentioned above, there are a lot of other upcoming M&A in the UK. These transactions keep rising as the companies need to gain a competitive advantage.

LegaMart is an online legal service forum that helps applicants find competent lawyers. The Legamart team has a lot of qualified professionals. These professionals handle the most complex transactions with ease. If you have a M&A transaction, M&A deal, or other corporate activity, you might find it helpful to consult one of the experienced attorneys listed in our LegaMart directory. We would make your M&A activity a success. We would also help you to be reasonable respondents in your deal activity. 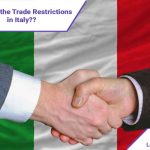 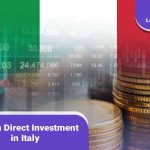 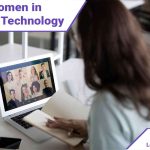 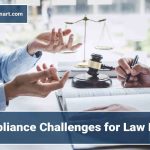