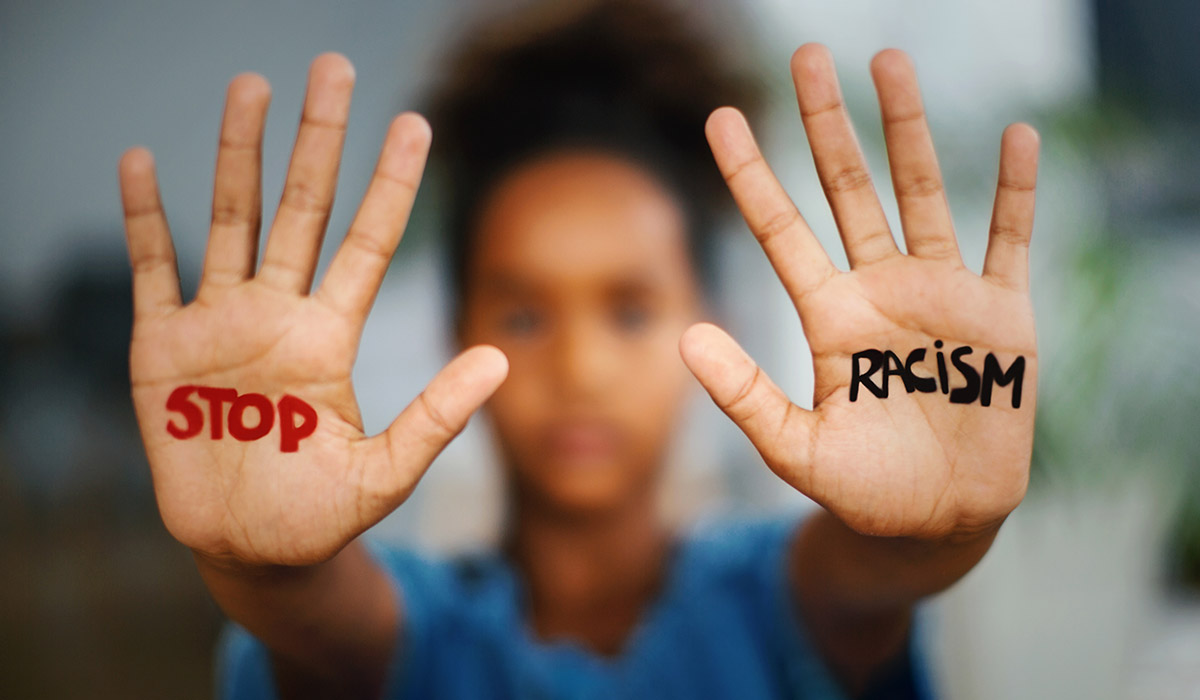 “Please, I can’t breathe!” These eight minutes and 46 seconds… We all heard the heartbreaking event. We all watched that video and our social media streams are flooded with a discussion of the tragic death of George Floyd.  It is shocking, but not surprising. Have you ever thought that it could have been you? It could have been your family or your friends?

A racial group is defined by reference to their nationality, color, and race, ethnic or national origin. Broadly speaking, the race is a sociological construct that has no basis in science. Unfortunately, it is 2020 and racism still threatens the lives and rights of a lot of people around the world. The issues of inequality, racism, xenophobia, and all types of bigotry are not specific to one part of the globe. Racial discrimination results from the unconscious consequences of a discriminatory system and also the individual behaviors.

United We Rise, but Divided We Will Fall!

The protest the world is witnessing shows that now the silence is a kind of violence.  Indeed, an unprecedented multicultural movement that is making history is created now.  It is time for the international legal community to take up this challenge. Isn’t it the time to eradicate the systemic racism?

According to the IBA, Chauvin, the white officer, “was charged in early June with second-degree murder, with the three assisting officers charged with aiding and abetting second-degree murder. All have been fired”. However, the American Bar Association (ABA) did not use the word “racism” in its statement on the tragic killing of Floyd.

Additionally, the legal representatives of George Floyd’s family recently filed an appeal with the United Nations in order to intervene in Floyd’s legal case and to make recommendations on how the US can institute systemic policing reform.

Serious reforms and changes to the criminal justice systems are vital. It’s time for a change. Needless to say, prevention systems must be put in place in order to prevent the next tragedies.  Stand against racism. Now it is time for international law to be part of the solution!

What Does the Law Say about Racism?

The death of George Floyd teaches the legal industry that in all sectors and in different parts of the globe, states should be aware of diversity. The legal community can play an instrumental role in the path the international community should explicitly name, define, and recognize racism. What is more, racism should be considered as a violation of human rights, worthy of protection under international law in the present time.

Let’s now take a look at the universal legal human rights law protections we have now. Many legal documents have addressed the importance of inequality and combating racism. Here is the list of them:

Yet the international legal community’s response to racism has been inadequate. Also, lawyers have been slow to respond globally. Racism would pose a threat to the principles and also purposes of international law which are security, peace, equality, and human dignity. However, in practice, these rights and norms unfortunately are not always enforced by some governments in many jurisdictions.

Legal Insights of the Black Lawyers

According to Daniel Pelu-Jones, a human rights lawyer, the death of Goerge Floyd has sparked off global outrage as people across the world agitate for racial justice. No doubt Racism remains a causative agent of injustices and inequality the world over. In the quest to eliminate racial discrimination and injustice, International  Human Rights law, instruments such as the International Convention on the Elimination of All Forms of Racial Discrimination has not made such impact particularly in terms of tackling Racism. Ad the debate and discourse on racism rages on perhaps it’s about time racism are specifically as  Human a rights violation under international law.

Proponents of this school of thought argue that the menace of racism should be addressed by highlighting the violations caused and provided by racial ideologies. International human rights lawyers, practitioners and academics should join in the call for a more affirmative position to recognize racism as a global human rights violation. Academics such as Spain Bradley make the arguments and calls for ‘racism to be explicitly recognized as a human right violation’. Also, the calls for some kind of civil, human and economic rights legislation should be supported and embraced.

Moreover, according to Nawi Ukabiala, a lawyer in New York City:

In sum, governments need to do more in order to enact anti-racism the law in practice. They must take affirmative measures to address racial discrimination. All should rethink about the ideology of white supremacy. States should hear the voices calling for an end to the structural. And one final question you need to ask yourself is that: Do you really care about people of color?