Lawyers in UAE (I); The land of Futuristic thoughts | LegaMart Articles 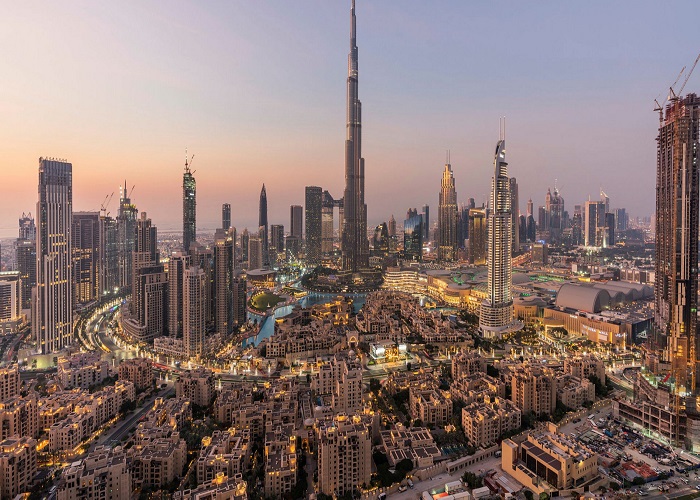 Lawyers in UAE (I); The land of Futuristic thoughts

UAE in a glance

With a GDP of $58,753 per capita & population of over 10 Million, UAE hosts many of the world’s biggest companies – in various sectors – including DHL, Microsoft, Omnicom, Hilton, Marriott Hotels, BP Shell, Standard Chartered, and HSBC.

These companies are the main reason why being a lawyer in UAE is an advantage since the other factors & issues like crime & divorce are not of a great deal of pretext for a lawyer to choose Emirates for their career path.

Standing at 52nd in the ranking, the country’s score is 1.848 on the Peace Index by 2021. Safety ranks UAE among the best countries to invest in & start a business in IT, finance, petroleum and petrochemicals, construction, and tourism, while startups and fintech companies have flourished in recent years.

It became independent on December 2, 1971, with the six above-mentioned emirates having agreed to form a union. UAE’s demographic population is approximately formed by 11% of local citizens, with the 89% remainder made up of expatriate workers.

Do you want to know about investing in the United Arab Emirates? The below article is highly recommended:
DUBAI: Best Place to Start Your Business

The Privilege of Being an Emirati

Being an Emirati is an advantage that could not be neglected. There are two types of citizenship in the UAE: those holding a document called khulasat al-qaid & those who don’t. Emirati nationals with full citizenship holding khulasat al-qaid, a certificate issued by the government which proves that they had ancestry in the United Arab Emirates before 1925.

The date was chosen due to the discovery of oil in the country. These Emiratis have already obtained the privilege of the wealth associated with petroleum extraction.

Full citizens enjoy all the benefits associated with a rentier state: low or no taxation, free water and subsidized electricity, free healthcare and education, land and loans to build homes, and pensions and retirement benefits from the age of 49.

Second-class citizens are nationals, who own a passport issued by one of the seven emirates, but they are not categorized as full citizens & can only benefit from having an Emirati passport which is among the most powerful ones in the world, ranked 15th with the mobility to 175 countries globally.

Third-class citizens are children born to an Emirati mother & a Foreign father. These children do not acquire citizenship automatically at birth.

Generally accepted by the government, their mothers can obtain citizenship for them after applying; meanwhile, they still lack an ancestry certificate, and cannot enjoy full citizenship rights.

The fourth and most vulnerable category of Emirati natives is the bidoun, or stateless. Belonging mostly to Bedouin and nomad groups, they used to move within the borders of the UAE and its neighboring countries.

The British administration had not granted them citizenship in the 50s, while with the independence of UAE in 1971, Bidoun still had the same issues. The government has not attempted to deport them, but the stateless have been unable to enjoy any civil rights or access the public job market.

In 2008, the government’s plan of offering citizenship to these groups was not very attractive since they could only obtain Comoro Islands’ passport ( an archipelago of volcanic islands situated off the southeastern coast of Africa, to the east of Mozambique and northwest of Madagascar) rather than an Emirati one.

Though the UAE government has recently got involved in improving the situation of the bidoun, Comoros receives a substantial amount of money.

Immigration to UAE; unlocking the lock

As of February 2021, the United Arab Emirates announced that Emirati nationality will now be officially attainable for foreigners, a significant change in direction for a country whose economy relies heavily on expatriates, who are conditionally active in the country on their employment visas.

Overstaying fines ranging between 25 and 100 AED ($7-$27) on a daily basis beyond expats’ visa expiration date, has made immigrants especially vulnerable to labor exploitation in the UAE.

The UAE passport will be offered to selective foreigners and professionals who are “investors, doctors, specialists, inventors, scientists, talents, intellectuals, artists and their families” according to WAM, the UAE government’s news agency.

The decision made by the UAE government is hugely dependent on the coronavirus pandemic and has forced tens of thousands of expats to leave the country due to lay-offs & economic difficulties of the corporations.

As mentioned above, the introduction of reforms was not only on cohabitation legalization but also on permitting 100% foreign business ownership, compared with previous requirements of 51% local ownership when based outside of a free zone.

While Foreign UAE residents have renewable visas due to their employment and should be renewed every three years, they have little motivation to invest in the country on a long-term basis, especially in areas like property, an important pillar of the country’s economy.

In late 2020, the government simplified the existing “golden” visa program, granting 10-year residency to certain professionals and degrees. Furthermore, the five-year retirement visas for people above a certain income level & a remote worker visa allowing one-year stay for people with employment overseas made living in the UAE much easier & foreign-friendly.

The reforms eased up with the assistance of Shai Zamanian, a U.S.-licensed lawyer who sees these new rules as “opening up unprecedented opportunities for families who seek permanent residency in a stable market but previously could not stay indefinitely in the UAE”.

Business in UAE; Booming with Confidence

Aside from multinational corporations choosing Dubai as their Middle East & Africa main office, Emirati companies have emerged in Forbes 2000 in the past decade. As per the 2021 Forbes Global 2000 list, 8 Emirati companies made their way to the chart with Billion Dollars market values as follows:

The UAE economy is the second largest in the Arab world (after Saudi Arabia), with 421.1 billion USD ( 1546.70 billion AED). Though successfully diversifying its economy, the UAE remains extremely reliant on oil. Most of the UAE ( excluding Dubai) was dependent on oil revenues, where oil exports accounted for 77% of the UAE’s state budget.

Notwithstanding the importance of crude oil export, UAE has started diversifying its export in the past decade, while non-oil foreign trade recorded a 27 percent year-on-year jump to 1.9 trillion AED in 2021.

As Sheikh Mohammed bin Rashid Al Maktoum, Vice-President and Prime Minister of the UAE and Ruler of Dubai highlighted in Feb 2022, the country’s post-Covid recovery has been strong with “economic growth trajectory going up and dependency on oil decreases”.

It is to be said that exporting gold, ornaments and jewelry, aluminum, plastics, copper and associated articles, iron, and steel articles as the five most important UAE exports, the future of the country is to be respectful of sustainability.

Thus, petty crimes such as pickpocketing are low with Sharia’s Law ruling the country ( Cutting off-hand by wrist continued to the elbow & completely as other steps in case of repetition)

Terrorism is among the crimes happening low in UAE though rumor has it that business investors in favor of militia groups have listed the country as a place to raise funds to support militants in Afghanistan and Pakistan. The UAE is also vulnerable to money laundering due to its position as a commercial hub. A law was enacted in January 2002 for the purpose of curbing money laundering, though despite government efforts to avoid the crime, banking regulations are still developing to fight the same.

Incidents of cybercrime as in white-collar crime including fraud, bribery & funds embezzlement are increasing. In 2002, there was a 300% rise in computer hacking within six months making the country among the top ten most vulnerable to attack by hackers.

Prostitution & Human Trafficking is among other crimes happening in the UAE. Despite being an Islamic country, the United States State Department placed the United Arab Emirates as a “Tier 2” in its annual Trafficking in Person reports, meaning that it does not fully comply with the minimum standards for the elimination of trafficking but is making significant efforts to do so.

According to the United Nations Office on Drugs and Crime’s Global Study on Homicide 2019, 464,000 people were murdered in 2017, while the UAE has a homicide rate of 0.46. Thus, it could be stated that murder is a very rare crime in the country.

Conclusion; The UAE: The land of futuristic thoughts

With all the facts mentioned above, it is fair to conclude that the quality of life and the services offered by the United Arab Emirates is non-comparable to many countries, making it among the top 10 destinations to live, work, and settle for expats. Be it financial, professional, personal or a combination of all these traits, Abu Dhabi and Dubai rank the highest in the Arab world when it comes to quality of life and infrastructure.

The UAE has been on the path of making itself among the best places on the planet in the past 50 years, building the country from scratch. With Its exceptional quality of life, high ranking disposable income, career prospects, and wage growth, the UAE stands tall among the global giants as in the U.S, the UK, Germany, France & China. Modern accommodation and medical facilities, excellent private schools, and highly developed infrastructure made the old UAE, full of deserts & oases, forgotten. With ambitious plans in the mind of its leaders, the UAE is the land of futuristic thoughts, looking to exert itself to the most.