The toll of sanctions on Iran significantly put a negative effect not only on the economy but the wellbeing of citizens.

The sanctions decreased the standards in nutrition and medicine. Due to the shipping embargo, international companies have no way of selling their goods to Iran, and even if they did, banking limitations make it difficult to transfer funds for a product or shipment. Although, the upper-class Iranians have the ability to travel abroad to purchase their own personal supplies of goods, the lower-class suffers greatly from this situation.

Now What about Corona? I’m sure you’re interested to know how Corona relates to sanction.  The U.S and Swiss Government finalized the Swiss Humanitarian Trade Arrangement (SHTA) in October 2019 which is now fully functional.  This means that humanitarian channels to Iran are now open and aid can be received in this crucial scenario. The U.S. Department of Treasury stated on its website, “The SHTA will further facilitate the flow of humanitarian goods to the Iranian people while safeguarding against the Iranian regime’s diversion of humanitarian trade for malign purposes.” Switzerland has vowed that it will not violate US sanctions and will only assist towards humanitarian aims.

“while the United States maintains broad exceptions and authorizations for the conduct of humanitarian trade with Iran, the SHTA presents a voluntary option for facilitating payment for exports of agricultural commodities, food, medicine, and medical devices to Iran in a manner that ensures the upmost transparency. Under the SHTA, participating financial institutions commit to conducting enhanced due diligence to ensure that humanitarian goods reach the people of Iran and are not misused by the Iranian regime.”

According to Reuters, Pascale Baeriswyl , Swiss state secretary for foreign affairs said, “Our role is really to be able to provide food and health goods to the Iranian people. And therefore, we are working hard on establishing that humanitarian channel.” Transactions are operated between  Swiss lender Banque de Commerce et de Placements (BCP) with credits of the Central Bank of Iran (CBI).

Find the right lawyer for Commercial and Business Law

Was Such Plan in Place Previously?

OFAC issued the Guidance on the sale of Food, Agricultural Commodities, Medicine, and Medical Devices by Non U.S. Persons to Iran in 2013. The document states that the sales of such items, which include banks and medical suppliers, do not transgress the U.S sanctions that have been put to place. 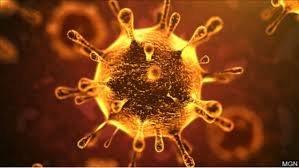 Why Should the Import of Medicine and Food Be Unlawful to Begin With?

The World Health Organization (WHO) actually considers essential medicine and other necessary matters as obligatory.  Moreover, The International Covenant on Economic, Social and Cultural Rights,  recognizes “the right of everyone to the enjoyment of the highest attainable standard of physical and mental health.”  In fact, the ‘right to health’ in WHO’s constitution motivated the drafting of other similar provisions such as UN International Covenant on Economic, Social and Cultural Right’s (ICESR) Article 12.

The sales of food and medicine should be considered as essential and crucial and should be exempted from the scope of economic sanctions. Including food and medicine in sanctions  should be looked upon as an act of human rights crime as it does not fall on par to its standards. It should be noted that sanctions should not target the lives of ordinary citizens. Worst comes to worst, it should at least be limited during times of emergency, such as the Coronavirus. Such novel channels can be considered as a new route of humanitarian exchange between Iran and abroad. Hopefully, further licenses will be issued in the context of medicine and food trade with Iran.