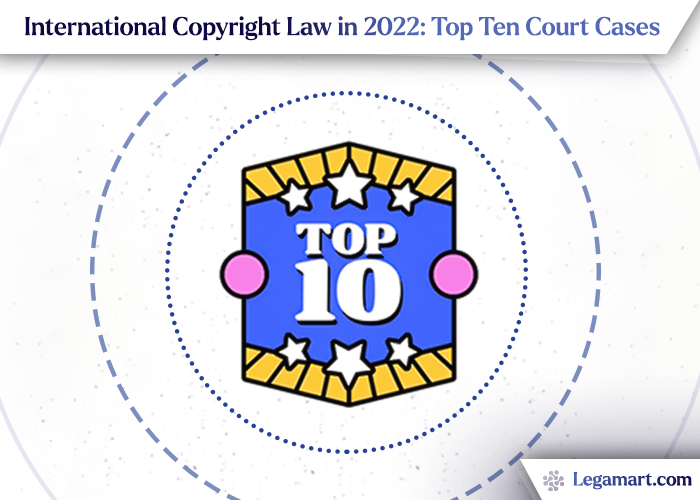 International copyright law is one of the major issues in the last decade.

Your novel, titled “Sweet Revenge,” is about a twenty-five year-old bitter woman seeking revenge on her narcissistic ex, who has custody of their daughter. Three months after it is published and copyrighted in the United States, it is sold over ten million copies and climbed to the top of the list of bestsellers in the New York Times. As a famous author, you are invited to a literary festival being held in South Africa.

You visit one of the many book vendors to purchase a copy of “Long Walk to Freedom” by Nelson Mandela. Stacked next to Mandela’s title are fifty copies of “Sweet Revenge,” published by an obscure publishing company that you have never heard of and most certainly did not submit your manuscript to.

You know that the company has infringed on your copyrights by publishing your work without your permission. But what sort of copyright infringement is that? National, or international?

In this article, we will answer your question and provide similar real-life cases of copyright infringement that will help you tackle such scenarios in the future.

In order to get further information on this topic, more articles are available here:

NFT Copyright: Mistakes to Avoid in the $338 Million Opportunity!

There is no such thing as an international copyright. This is because copyright issues are regulated in domestic laws. That is, their application is limited to the country in which they are issued. Therefore, copyright infringement is simply copyright infringement, which is the use of copyrighted work without the copyright owner’s permission. Copyrightable materials include literary works; pictures; portraits; sculptures; textile and other designs; songs; software; radio and television programs.

As of 2020, 179 countries, including the United States, China, and Russia, had signed the treaty.

Here is the first case related to international copyright law. BMG Rights Management is a music publishing company that owns the copyrights of the songs it produces. Cox Communications is an internet service provider that provides a platform for its subscribers to stream and download music. In 2014, BMG filed a lawsuit against Cox for committing contributory copyright infringement by allowing its (Cox’s) subscribers to download and share BMG’s music without their permission.

The case was tried at the district court. Cox argued that it was entitled to a “safe harbor” defense under section 512 (a) of the Digital Millennium Copyright Act (DMCA). One of the provisions of the DMCA prohibits unauthorized people from downloading and sharing copyrighted digital content. Some of Cox’s subscribers repeatedly shared and downloaded BMG’s musical compositions, thus infringing on BMG’s copyrights and violating the DMCA.

But since Cox failed to deal with repeat infringers, the district court ruled that it wasn’t entitled to the “safe harbor” defense. Consequently, BMG won the case and was awarded damages of $25 million.

Officials of Georgia State University (GSU) copied excerpts from some books and digitally distributed them to their students for academic purposes. So the publishers of those books (Cambridge University Press, Oxford University Press and Sage Publications) sued GSU for infringing on their copyrights in seventy-four different instances within three academic terms in 2009. The matter was taken to the District Court. There, the judge analyzed the alleged seventy-four instances of copyright infringement. Eventually, the court ruled that only five of those instances were valid because the publishers failed to sue failed sue GSU the first twenty-six times the university allegedly infringed on their copyrights and the fair use defense applied in forty-three instances.

The fair use defense applies when the accused copies a part of the copyrighted work in order to criticize, comment on or parody it. In this case, GSU officials distributed those excerpts to the students for academic criticism. Therefore, the court issued an order preventing GSU from copying and distributing excerpts from the books in question in the future. When the publishers appealed to an appellate court, the district court’s judgment was reversed and the case was remanded.

Public Resource, a non-profit organization that aimed at making government records more accessible to the general public, scanned and uploaded the 2013 version of Official Code of Georgia Annotated (OCGA) on its website. Georgia had paid a private publishing house to print copies of OCGA, which were sold to inhabitants of the state. Georgia also granted that private publisher full copyright which excluded any other body from printing or duplicating OCGA. When Public Resource uploaded the entire OCGA on its website and made it available to anyone who wanted it for free, Georgia sued the organization for copyright infringement. Public Resource argued that OCGA was a body of law and so could not be copyrighted.

The case was first tried in a federal court. There, the verdict was that OCGA was indeed copyrightable. When the court of appeal looked into the matter, they decided that laws, including OCGA, are not protected by copyrights. This is because laws are enacted by legislators who are elected by the general public. Therefore, laws are public property and cannot be regarded as the creation of a private entity.

Before the dispute began, Google tried to obtain a license to use an operating system named Java SE from Sun Microsystems Inc., the developers of the operating system. Unfortunately, Google was unable to procure the license. By and by, Oracle bought Sun and, by implication, the Java SE.

Meanwhile, Google was developing the now popular mobile device platform named Android, which was different from Java and a bit complex for programmers to understand. In order to make it easier for programmers to familiarize themselves with Android, Google incorporated over 11, 000 lines of code from Java SE and 37 API packages similar to the ones used in Java into Android.

Then Oracle brought charges against Google for infringing on its copyrights on Java SE. This case was eventually decided by the Supreme Court, which ruled that Google’s act of copying lines of code from Java SE amounted to fair use. Google won the case and went away scot-free.

H & M is a multinational clothing company headquartered in Sweden. In 2011, H & M started selling a jacket and skirt with a design pattern called Xue Xu. Unicolors claimed that Xue Xu was similar to EH101 and sued H & M to court.

In the district court, H & M argued that Unicolors’ copyright on EH101 was invalid because it used a single copyright for 31 designs, instead of separate copyrights for each one. Therefore, the court awarded Unicolors $800,000 in damages. But when H & M appealed to the Ninth Circuit, the district court’s judgmentjudgement was reversed.

Then Unicolors appealed to the Supreme Court, which ruled that Unicolors’ copyright was valid regardless of the inaccuracies in the application process.

Davidson sculpted a replica of Lady Liberty but changed her face to resemble that of his grandmother, and erected his replica in front of the New York-New York Hotel Casino in Las Vegas.

The United States Postal Office took a picture of Davidson’s statue and printed it on all the stamps they subsequently produced. They made $70 millions in profits from the sales of those stamps.

Then Davidson sued the United States for infringing on his copyrights on the replica of Lady Liberty. The court ruled in his favor and awarded him over $3.5 million in damages.

Goldman, a photographer, posted a photo of Tom Brady and Kevin Durant in East Hampton with other celebrities on his Snapchat story, speculating whether Brady was recruiting Durant for the Celtics.

As the picture went viral, some celebrities posted it on their Twitter handles, joining in the speculation. Breitbart News Network and other websites then wrote blogs about Justin’s speculations. In those blogs, they embedded links to the picture, as displayed on Twitter, on their websites. Goldman sued them for willful copyright infringement, arguing that they had displayed the picture without his permission. The court ruled in Goldman’s favor, stating that Breitbart News Network and other accused websites were liable for copyright infringement.

TVEyes is an online media company. It records all of the content on about 1400 television and radio stations, including Fox News Channel and Fox Business Channel, and uploads the content on its database, which its subscribers could access for $500.

The court ruled in Fox’s favor and issued an injunction permanently prohibiting TVEyes from recording and uploading Fox’s content.

As a result, Oracle sued Rimini and when Rimini was found liable for copyright infringement, the court awarded Oracle over $100 million in damages.

With the advent of the internet as a medium of transmitting files and information, copyright issues are becoming more global. Please note that you shouldn’t rely on the court judgements in the cases listed above. Copyright issues differ from case to case, so it is best to consult an intellectual property attorney for personalized legal advice.