An out-roar of humanitarian aid  and a massive depredation of market supplies have contributed to two sides of the same coin, that being COVID-19.

Let’s consider the positive light of this virus, which resulted in thousands (if not millions) joining hands to collect emergency supplies for those in need.  Yet, the striking question for those in the United States boiled down to sanctions. How does one provide humanitarian aid despite OFAC (Office of Foreign Assets Control) regulations?

Although there isn’t a clear and representable census on Iranian residents or citizens of the U.S., about half a million have identified as Iranian as stated in the bureau. With the current U.S.-Iran tensions and sanction restrictions, there is always a lingering fear of how an Iranian citizen or resident can assist in times of crisis, especially the awful Coronavirus.

Iran has even gone out of its way to ask the International Monetary Fund for emergency funding, and as stated in Aljazeera, IMF’s managing director has said to Iran’s foreign minister, “…countries affected by #COVID19 (coronavirus) will be supported via Rapid Financial Instrument (RFI)” With that said, Iran’s Central Bank requested aid immediately seeking 5 billion U.S. dollars.

It was stated  on the IMF’s website on fund receival eligibility, “The balance of payment needs emerging from coronavirus could come from different sources, including direct health expenditure and economic spillovers. The funds are lent to the authorities (government or central bank).” Moreover, according the Middle East Eye, “Congresswoman Ilhan Omar has renewed calls for the US to suspend sanctions against Iran, as the country’s crippled health-care system struggles to deal with the rapid spread of the coronavirus.”

It sure seems that if there is a lesson to be learnt, it’s to be cooperative during pandemics and times of crisis. There Seems to Be a Way for Humanitarian Aid

OFAC poses immense barriers and limitations but it is not as scary as they make it seem; that is, if you are working with a proficient and experienced lawyer in the field!

Mehrnoush Yazdanyar, is a well-known and established attorney in the state of California, with an expertise in sanction related issues. She recently gave a talk at UCLA, in discussion of how an individual can legally provide humanitarian aid to Iran.

As she stated, there are two types of OFAC licenses, general and specific. Certain things do not require a specific license and are deemed as permissible. For instance, sending money to Iran or receiving money from Iran on the basis of inheritance and gifts are considered as a non-commercial  personal remittance and are completely lawful.

Yet, a third party or sole individual cannot send money when it comes to charity causes.

Funds have to be submitted to a non-governmental organization (NGO) in the U.S. which possess general OFAC licenses. Such organizations can send aid to Iran for certain causes for up to two years and have a maximum monetary transfer of $500,000. What’s more is that these NGOs have to provide quarterly reports to OFAC about their involvements, fund receiving, and its usage. If an NGO wishes to send over the $500,000 limit, they have to request a specific OFAC license.

A recent Q&A published on the U.S.’s treasury website stated:

“The making of humanitarian donations to recipients in Iran from the United States or by U.S. persons, including the donation of medicine intended to relieve human suffering, are generally exempt from U.S. sanctions on Iran under section 560.210(b) of the Iranian Transactions and Sanctions Regulations, 31 CFR Part 560 (ITSR), provided that such donations are not being made to the Government of Iran or other persons blocked pursuant to section 560.211 of the ITSR, or to any individual or entity listed on OFAC’s list of Specially Designated Nationals and Blocked Persons (SDN List).”

This means that you are free to individually send medical devices and medicine (those that are legal) to Iran. For instance, hand sanitizer and masks can be sent but aerosol masks require a specific OFAC license. With such difficulties and fine lines, it’s best to consult a legal professional before getting involved in such efforts. 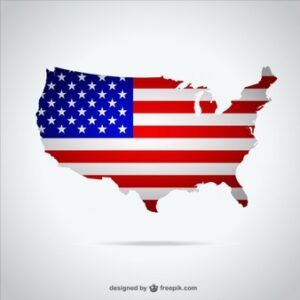 What Can Be Done?

If you are an Iranian-American who’s interested in providing humanitarian aid, do not fundraise alone on platforms such as PayPal, GoFundMe, or Facebook. This can result in a funds freeze as such platforms are not allowed to sponsor activities for an event that is not legal under sanctions. Consult with an OFAC lawyer if you want to personally send supplies to Iran to avoid problems. Otherwise, join hands with a trustworthy NGO that serves your cause.