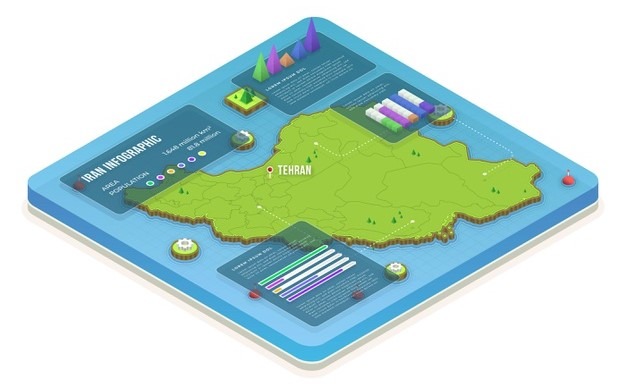 The Iranian government has launched some schemes for foreign investment attraction. How to invest in Iran using these new schemes would depend on the preferred route of action for any investor interested in taking advantage of this opportunity. According to Iran Business Law Handbook, “projects financed by foreign investors through Buy-Back arrangements, BOT,  BOOT schemes, or any project financing mechanisms are not subject to restrictions related to permissible foreign shareholdings”.

But under what legal framework the contracts mentioned above are implemented? Companies interested in establishing a presence and taking advantage of the fresh investment opportunity in Iran can proceed via three routes, each described below.

One possible strategy for foreign companies is to enter into a joint-venture agreement with a public or private Iranian partner. With the advances in technology and the stable infrastructure, many Iranian companies are more than capable of expansion and development in partnership with foreign investors, creating a promising investment opportunity in Iran.

Companies in the Iranian private sector, especially those with technological and management gaps, are actively seeking joint-venture partners to solve their problems. Some other companies are seeking foreign capital interested in investment in Iran to revive their businesses.

Find the right lawyer for Commercial and Business Law

Should a Company Adopt This Approach When Deciding on How to Invest in Iran?

It is advisable to look for products and services that have both domestic demand and regional export potential when exploring any investment opportunity in Iran. Let’s say that a joint-venture company can earn hard currency by exporting its products; in that case, it will be less dependent on the Iranian banking system for the repatriation of profits and dividends and will receive a higher and easier return on its foreign investment.

It should be noted that some joint ventures are formed purely by the transfer of technology to the Iranian partners by the foreign investors, without capital commitment to the investment opportunity in Iran. Since Iranian authorities are very keen on introducing modern technologies to the Iranian market, this method can prove to be quite successful.

Iran has been utilizing buy-back schemes to attract foreign investment ever since the end of the Iran-Iraq war. From 1988 onwards, Iran faced ever-increasing hardships regarding its oil and gas industry exports and was in dire need of investment to counteract the toll the war had taken on her industrial and commerce infrastructure. Despite all this, the revolutionary ideology and constitution of the Islamic Republic forbade granting “concessions”. This aversion to making concessions translated into a scarcity of foreign investment opportunities in Iran for the early years of the revolution.

In 1989, the First Five-Year Economic, Social, and Cultural Development Plan offered a compromise; In accordance with the 29th provision of the abovementioned plan, the Iranian government is allowed to engage in “buybacks” in order to meet the recovering economy’s foreign investment needs in areas such as exports, industry and production, mining and extraction, and others, as the government saw fit.

To put it in layman’s terms, a buy-back transaction would be a trading method where plants, machinery, production equipment, and technology are supplied (by a domestic or foreign private firm) in exchange for the goods, produced directly or indirectly by means of such facilities. Under this scheme, the foreign partner that makes the initial investment in Iran can claim (at a previously agreed-upon fixed rate) the goods and services produced by the project as the return on the investment.

Despite the fact that many foreign companies believe this isn’t just an investment o a financing tool for Iran, it is more accurate to say that it is a short-term compromise formula for foreign investment. The buy-back scheme will probably be replaced by more appropriate laws and regulations in the medium to long term. In other words, once the constitutional concerns are resolved, foreign partners in buy-back agreements can take over the projects they are involved in, or they can form a joint venture with an Iranian partner.

This form of investment in Iran is a relatively new opportunity in the market. Recent regulations have introduced the Build-Operate-Transfer (BOT) scheme for Iranian projects.

In this foreign investment scheme, an investor or partner invests in a project, which is then operated by the foreign investor for an agreed-upon period of time, before the directorship or ownership of the project is transferred to the Iranian government. Iranian authorities are showing some flexibility regarding the BOT, which could potentially pave the way for foreign investment’s presence in the market.

Conclusions: How to Invest in Iran?

The capital and the power of Foreign Direct Investment and investors is almost a necessity for the growth of the industries and economies of all nations, which is why governments tend to move towards easing restrictions on foreign investment. At this point in time, and with the new paths the Iranian government has created for investment in Iran, Joint Ventures, Buy-backs, and Build-Operate-Transfer (BOT) models of foreign investment in Iran are the best and most reliable of the investment opportunities.

Whilst the new foreign investment attraction framework has created a golden investment opportunity in Iran, some legal intricacies and the cultural and ideological sensitivities of the country require a high level of expertise and experience to handle and navigate successfully. That is why seeking expert legal counsel necessary in a situation like this.

We in Legamart can provide you with the level of legal and business insight, influence, and intuition needed to establish a firm foothold in the fresh Iranian markets, allowing you to invest in Iran with peace of mind.