Hisbah is an Islamic doctrine that requires Muslims to uphold “community morals.” In Nigeria, the Kano State Hisbah Corps act as religious police that enforces Islamic values and the sharia law. The Hisbah corps operate under the jurisdiction of the Kano State Hisbah Board, which includes government officials, secular police, and religious leaders. The Hisbah police provide various functions in Nigeria:

The Hisbah Police does not have the jurisdiction to execute individuals or arrest citizens.

Although the Hisbah Police does not have the power to enforce grave punishments, such as the death penalty, the Sharia court system in the country and the penal code routinely pass orders for capital punishment. The death penalty is pressed into service by the Sharia court for various crimes such as sodomy, rape, and incest. Although the Kano State Hisbah Corps act in collaboration with the Nigerian Police Force, statistics reveal that the Kano Hisbah often usurps the power of the police and is engaged in enforcing the Islamic Penal Code.

Is Hisbah Legal in Nigeria?

Although there are considerable differences between various schools of thought about the legality of Hisbah, a close reading of the federal government’s constitution reveals that Hisbah is illegal in Nigeria. Section 10 of the Nigerian constitution, designed to pose Nigeria as secular, states that there will be no state religion. Furthermore, Section 15(2) of the Nigerian constitution bans discrimination based on religion. The Hisbah groups contravene these constitution sections as they impose and endorse Islamic law. Therefore, Hisbah is illegal in Nigeria.

Does Hisbah have the Legal Mandate to Enforce Punishments Such as the Death Penalty?

The death penalty as a means of crime prevention has existed in Nigeria for over 50 years. Section 33(1) of the Nigerian Constitution guarantees the right to life. However, the same section allows the state to execute Nigerian citizens if any court of original jurisdiction passes an order of capital punishment against an accused for a crime they have been found guilty of in Nigeria.

The death penalty is permitted under various federal statutes and Sharia law. These legal statutes include the penal code, the criminal procedure code, the Federal Robbery and Fire Arms Act, the Terrorism Prevention Act, and the Sharia penal legislation in the 12 northern states. It is also routinely adopted in cases of blasphemy.

Does the Nigerian Constitution Recognize the Kano State Hisbah Corps?

The Hisbah groups are responsible for ensuring that Nigerian muslims abide by the provisions of Islamic sharia law. Although there is considerable disagreement and confusion about the role of the kano state Hisbah corps concerning the Nigerian Police Force, the Hisbah corps usually usurps the authority of the NFP to enforce Islamic criminal legislation. Often, the actions of the Hisbah corps have been deemed illegal and in excess of the jurisdiction cast upon them. This dispute in the authority of the Kano State Hisbah Corps arose in attorney general of Kano State v Attorney General of the Federation.

This case highlighted that the Hisbah board is governed by Sections 4(6) and 4(7) of the 1999 Nigerian constitution. Therefore, the Supreme Court stated that the Hisbah Corps were not acting in excess of its jurisdiction when enforcing Islamic criminal legislation. Moreover, the federal government has also recognized a stark similarity between the role of the Nigerian Police Force and the Hisbah Board.

Thus, it is accurate to conclude that the role of Hisbah officers is to complement the Nigerian Police Force. Since the country’s penal codes provide for the death penalty for various crimes, the Hisbah officers have been involved in enforcing Islamic law through the death penalty. However, the role of the Hisbah corps is not as direct. The Kano Hisbah corps do not have the direct authority to execute citizens over Islamic law grievances. They assist the Nigerian police force in enforcing the law and assist the federal high court and Supreme Court and deciding on imposing capital punishments.

On paper, sharia punishments such as the death penalty usually only apply to Muslim Nigerian citizens who violate Islamic criminal law. However, sharia law is often used on other people under the guise of blasphemy and other offenses. For instance, a Danish, non-muslim citizen was recently awarded the death sentence by the Nigerian high court. Peter Nielsen was on trial in 2018 after being charged with murdering his Nigerian wife. Likewise, Yahaya Sharif Aminu, a 22-year-old singer, was charged with capital punishment under blasphemy.

The imposition of capital punishment in Nigeria is wholly against its international obligations. Several international organizations, such as Human Rights Watch and Amnesty International, have condemned the death penalty in Nigeria. As a signatory to the International Covenant on Civil and Political Rights and the African Charter on Human and People’s rights, Nigeria owes certain protections to its citizens. However, Nigeria is yet to ratify the Optional Protocol that abolishes the death penalty.

Furthermore, interviews with people arrested by the Hisbah organizations also reveal that they violate human rights tenets such as religious freedom and unlawful detentions. Several victims revealed that they were non-muslims and did not succumb to sharia law. However, the state government refuted these allegations by stating that all individuals residing in the Kano State, regardless of their religion, were subject to sharia implementation through Hisbah.

Henceforth, the operation of Hisbah-mandated punishments is illegal and against Nigeria’s human rights obligations. It contravenes Nigerian obligations via international law. Moreover, the operation of the Hisbah corps is usually in excess of the jurisdiction bestowed on them.

Sharia law applies arbitrarily to non-muslims, children, and women. It violates the constitutional tenets of religious freedom and secularism, and subjects peremptorily impose an Islamic injunction on groups outside the sharia law’s purview.

Human Rights Lawyers combat human rights violations worldwide. In their practice, they focus on cases involving the inherent dignity of their clients. In the event that you as a Nigerian have been a victim of forceful imposition of illegal practices, you may wish to consult an attorney to figure out what you need to do to avoid further difficulty. With LegaMart directory you can find some of the most experienced lawyers and virtually connect with them in a matter of seconds.

In conclusion, the Hisbah corps and the forceful imposition of the Sharia law in Nigeria are illegal. The federal government has been reluctant to take a stance against Hisbah groups in Nigeria. However, a close reading of Nigerian international obligations reveals that arbitrary punishments of the death penalty and the role of Hisbah groups in legitimizing these sentences are illegal. 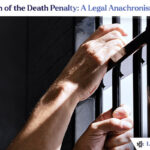 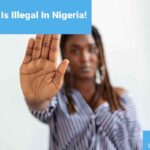