On the other hand, foreign portfolio investment and foreign direct investment in UAE require a more in-depth understanding. Equities and other capital instruments held by investors in another country make up the foreign financial market (FPI). Depending on the market’s turbulence, it is relatively liquid but does not provide full investor ownership of a company’s assets.

FPI is one of the popular ways to invest in a foreign economy, along with foreign direct investment (FDI). For most economies, both FDI and FPI are significant funding sources.

An individual investor will likely use an FPI to invest in possibilities outside their home nation. Foreign Portfolio Investment and Direct Investment in UAE on a larger scale, foreign portfolio investment is reflected in a country’s balance of payments (BOP). The BOP calculates the value of money that moves from one nation to another during a single fiscal year.

What is Foreign Direct Investment in the UAE?

A stake in the business of a foreign project or company is known as a foreign direct investment(FDI) by a foreign business, investor, or government.

The phrase typically refers to a corporate decision to buy a sizable portion of a foreign company or buy it all together to extend operations to a new area. FDI is crucial to global economic integration since it forges strong, long-lasting ties between nations’ economies.

Target businesses or projects in economies with a trained workforce and above-average development potential for the investor are typically considered by companies or governments seeking foreign direct investment. The value of minimal government regulation is also standard. FDI typically involves more than just capital investments. It might also entail a provision of administration, technology, and tools. Foreign Direct Investment develops effective control over the foreign company, or at the very least significant influence over its decision-making, which is one of its fundamental characteristics.

The UAE held the top spot within the Arab world, receiving 36% of all FDI that entered Arab nations in 2018. With 35.5% of the region’s overall FDI inflow and around 22% of the total yearly Inflow of FDI to the Middle East and North Africa region, it was placed second in the West Asia region.

Are you looking to consider foreign direct investment in UAE? Then it’s inevitable that you seek professional legal advice. You can get legal advice from professional LegaMart lawyers that can guide you through legal and regulatory compliances and receive information about the market operations and situations in UAE. You can check our LegaMart directory and connect with a lawyer of your choice from the directory carefully chosen by the LegaMart team based on thorough documentation.

The law seeks to improve the business climate, increase and broaden the production base, and draw foreign direct investment in cutting-edge knowledge, technology, and training.

The Ministry of Economy chairs the committee on foreign direct investment. It is responsible for compiling a list of open industries and pursuits for FDI. The Positive list is the list of allowed activities. On the advice of the pertinent local and federal licensing bodies, the committee may authorize other FDI activities that are not on the Positive list.

The Positive List of Economic Activities Allowed for FDI

Ordinance No. 16 of 2020 concerning the formulation of the positive list for economic sectors and activities suitable for foreign direct investment and the percentage of its ownership was published by the UAE Cabinet in 2020.

On the Positive list, the resolution above lists 122 economic activities. These operations are legal with 100% foreign ownership. There are three categories underneath the positive list where an investor can start a business. As follows:

There are some industries and economic pursuits where FDI is prohibited. The following activities are in this list of negatives:

● Petroleum materials are explored and produced.

● Article 7 of the FDI law lists services related to Umrah, Hajj, and other activities.

Any of the aforementioned legal structures may be used for FDI projects:

What is Foreign Portfolio Investment in UAE?

Holding financial assets from a nation other than the investor’s own is referred to as a foreign portfolio investment (FPI). Stocks, ADRs, GDRs, bonds, mutual funds, and exchange-traded funds are all examples of possible FPI holdings.

FPI, along with foreign direct investment (FDI), is one of the popular ways for investors, particularly individual investors, to engage in a foreign economy.

FPI, in contrast to FDI, comprises passive ownership; investors don’t have any direct influence over businesses, ownership of the real estate, or ownership interests in companies.

Individual investors are more likely to use an FPI to invest in possibilities outside their home nation. On a larger scale, a country’s foreign portfolio investment is reflected in its balance of payments as part of its capital account (BOP). The BOP calculates the amount of money that moves from one nation to another throughout a fiscal year.

The goal of making and maintaining a hands-off, or passive, investment in a portfolio of assets is to earn a profit. Securities that can be included in a foreign portfolio investment include stocks, American depositary receipts (ADRs), or global deposits of corporations having headquarters outside of the investor’s nation. Holding also includes mutual funds or exchange-traded funds (ETFs) that invest in foreign or international assets, as well as bonds or other debt issued by these businesses or foreign governments.

Despite the COVID-19 pandemic’s consequences, which harmed trade, investment, and global economies, foreign direct investments (FDI) into the United Arab Emirates surged by 4% in 2021 compared to 2020, reaching $20.7 billion. The total FDI influx grew and now stands at roughly $171.6 billion. The UAE has inked over 106 agreements with its trading partners to safeguard and attract investments.

A significant increase in Foreign Portfolio Investment and Direct Investment in UAE:

The value of the inbound foreign direct investment is expected to rise at a 4% annual rate, based on the UNCTAD World Investment Report 2022. Especially in comparison with $19.884 billion (AED 73.04 billion) in 2020, the cumulative amount of foreign investment inflows in 2021 was $20.7 billion (AED 76 billion).

The UAE placed first in West Asia for Foreign Direct Investment (FDI), contributing 37% of the $55.5 billion in FDI that entered the region overall.

The UAE-led FDI inflows in the MENA region

The UAE was rated first in the MENA area for foreign direct investment (FDI), contributing 31% of the $66.6 billion in FDI that entered the region overall. In contrast, Foreign Portfolio Investment in UAE is on the same footing as Direct Investment in UAE.

Companies may move their earnings outside of the UAE, much like all other forms of UAE-incorporated businesses, including those incorporated under the FDI Law and Foreign Portfolio Investment in UAE, allowing for a flexible and alluring strategy for international investors. Under Foreign Portfolio Investment and Direct Investment in UAE, companies previously incorporated in the mainland UAE may convert into 100% foreign-owned corporations if all FDI Law requirements are met.

Despite the dangers, numerous global corporations with operations in the UAE have used this arrangement for many years. When W&I insurance is purchased, or warranties and indemnities are negotiated in a share purchase agreement, this risk typically excludes market standards. When an organization is incorporated following the FDI Law, such risks are no longer applicable.

From an M&A standpoint, if a third-party UAE shareholder is no longer a part of the share capital of a UAE company, there will be one less party to conduct due diligence on and negotiate with.

Additionally, there wouldn’t be any conflict with a local sponsor to consider when performing due diligence. Finally, if they can maintain complete control over the limited liability company’s administration and revenues. In that case, foreign investors will probably feel more at ease investing in the United Arab Emirates and creating or acquiring UAE firms.

That’s a wrap for this article. Hopefully, you gained valuable insight into the FDI in UAE. If you are looking to learn more about the full spectrum of legal considerations of FDI, then you can jump on to our LegaMart website, which allows you to connect with a legal expert for a quick meeting after you select the subject and jurisdiction and language preferred. 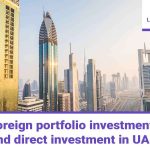 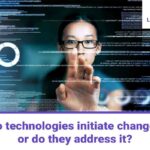 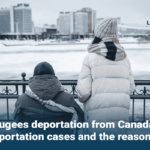 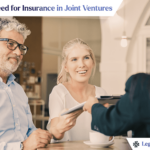