FDI and FPI in the US: Making Sense of it all | LegaMart Articles The most successful FDIs in the US include Apple Inc., Google Inc., Amazon Inc., Intel Corporation, and Toyota Motor Corporation. On the other hand, some of the most successful FPI investments include Citigroup Inc., JP Morgan Chase & Co., Goldman Sachs Group Inc., Bank of America Corp., and BlackRock Financial Group Inc. In the following articles, we will talk about FDI and FPI in the US in detail and try to make sense of it:

The US is one of the world’s largest economies, and in fact it is a inviting place for FDI and portfolio investment in its economy. The country has a large market with a growing economy, which makes it a good place for FDI. Here are specific statistics to consider in the latest report of the bureau of economic analysis relative to both FDI and FPI in the US:

Examples of FDI and FPI in the US

Here, if a machinery manufacturer is located in and invests in a foreign jurisdiction such as Mexico, it is considered an FDI investment. If the company whose shares you intend to buy is also located in Mexico, buying such shares or their American Depositary Receipts (ADRs) is considered an FPI.

Although FDI is usually limited to large companies that can invest directly abroad, the average investor is likely to knowingly or unknowingly participate in FPI. Whenever we buy foreign stocks and bonds directly or through ADRs, mutual funds, and exchange-traded funds, we engage in FPIs.

Differences Between FDI and FPI

While these two forms of investing may seem similar, they have many differences. For example, FDI is usually riskier because it goes against local laws and regulations and offers higher rewards for investors. In contrast, most foreign companies operate under the same rules as domestic companies, so FPIs are typically less risky and potentially more stable.

Foreign direct investment (FDI) and foreign portfolio investment (FPI) are two types of investment in the United States that provide investors with access to different markets but also share similarities. FDI is when a company invests in another country’s economy and buys stocks, bonds, or company shares. FPI is when the investor does not have a fixed physical presence in the country when purchasing or selling securities in the foreign exchange market. Many companies make both types of investments simultaneously, but not all do.

FPIs are often executed before buying and selling stocks and bonds in the international market and then reselling them in the domestic market, thus reducing the investor’s risk. It reduces transaction costs for both parties involved in the transaction process. Because compared to buying and selling directly from the National Stock Exchange or Stock Exchange, fewer steps are required.

Most Successful FDIs in the US

The most successful FDI investments in the US were made by Apple and Walmart Stores Inc., which took advantage of low costs and high demand for their products in particular markets. Here is an index of the top ten FDIs in the US:

Pros and Cons of FDI and FPI

FDI is a great way to access new markets and expand your business globally. But it’s also important to remember that FDI can come with its risks and pitfalls, including the possibility of a trade war.

FPI is the opposite of FDI. It is when companies move their production or services out of the US and into another country. It has some advantages (you don’t have to deal with tariffs or other trade barriers) but also several downsides (your company may be less competitive).

A few advantages and disadvantages of both FDI and FPI in the US are mentioned here:

Cautionary Signs for Investors in the US

Investors should be cautious about significant investments in countries with high FPI and poor economic fundamentals. Financial uncertainty can drive away foreign investors, and capital flight will weaken the national currency and lead to economic instability.

It is essential to mention that FDI in the US is not always welcome. For example, in 2011, the Chinese government invested $125 million in a New York City real estate project without telling the US government about it first. As a result, Congress passed legislation prohibiting Chinese companies from investing in American projects without permission from the Treasury Department’s office of foreign assets control (OFAC). It has made it harder for Chinese companies to get loans from American banks.

FPI in the US, on the other hand, doesn’t necessarily require approval from OFAC or any other federal agency before an investor can invest in a U.S.-based company or project. It means that if you’re looking for a way to invest some money overseas but don’t want to risk getting into trouble with federal regulators, FPI might be just what you’re looking for.

In conclusion, it’s safe to say that Foreign direct investment and Foreign Portfolio investment in the US are both significant, but not necessarily in the same way. FDI is about bringing in new technology, new ideas, and new management practices from abroad. It can be anything from a foreign company opening an office in your country to an American company coming over to take over your operations. FPI in the US brings over workers abroad to help grow your business. Foreign workers may be hired as managers or executives and trained by local colleagues to run a business.

To seek further assistance relative to foreign direct investment in the US and Foreign Portfolio in the US, our experts and experienced lawyer at LegaMart can help you connect with the right people and assist you immediately.

Muhammad Asfandyar works as a lawyer in District and Sessions Court, Pakistan. He specializes in several legal fields, including Public Law, Criminal Law, Commercial and Business Law, Human Rights Law and Constitutional Law. He is currently pursuing Graduate Diploma in Law from the UK and is on course to become a Barrister.
He is the recipient of the KL-YES scholarship through which he spent an academic year (2012-13) in Indianapolis, IN (USA) as an exchange student. He is associated with The Kathmandu Dialogue (KD), a summer school arranged by the Kathmandu School of Law, as the former Vice President of its Alumni Association. He has worked as a Program Officer for the second edition of KD (2019) and is the youngest founding member of the Asian Association for Law Professors (AALP). Working as a Research Officer with Kathmandu School of Law, he helped organize International Confluence of Academicians 2020 (a virtual offshoot of KD). He completed the Crossroads Emerging Leaders Program (virtual), a learning initiative of Harvard University, in 2020.
He remained the Lead Researcher of Project Bajho (a research project related to environmental policies of SAARC countries). The project was accomplished with joint efforts from Millennium Fellowship (Millennium Campus Network, United Nations Academic Impact) and KSL. He is also the Vice President of the largest chapter of the United States alumni network in Pakistan (PUAN-KP Chapter). 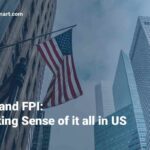 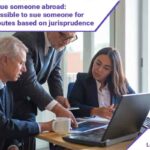 Is it Possible to Sue Someone for Legal Disputes Abroad Based on Jurisprudence? 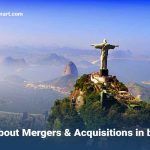