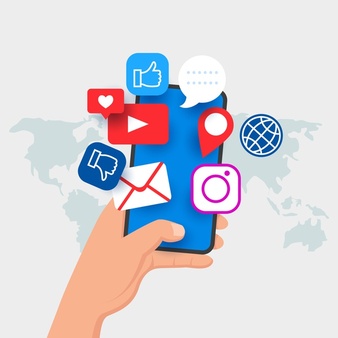 Why do divorce lawyers think that social media affects family law disputes? In the present day, social media like Instagram, Snapchat, Twitter, WhatsApp, Facebook, and LinkedIn are a part of everyone’s life. Needless to say, social media is a platform for emotional support when you feel alone or you are coping with your grief. Yet, one thing that individuals do not consider is the effects of written or visual social media disclosures on their family disputes. According to divorce lawyers, what you post or share can be used against you someday in the courtrooms or they can be twisted!

You might be asking yourself whether the use of social media evidence matters or not? With this in mind, the impact of social media on court proceedings is need-to-know data for both clients and divorce lawyers. In this article, you will read more about the potential effects of the digital footprint left by people, especially on family law disputes from the perspective of divorce lawyers.

Divorce Lawyers Say: Be Careful about What You Post!

Today, the evidence is not limited to physical type. In fact, the scope of the evidentiary rules is extended to electronic evidence. You can present screenshots or text messages in the court. According to the National Law Review, 81% of lawyers discover social networking evidence worth presenting in courts and tribunals.  In other words, social media has become such a force in family law that divorce lawyers usually spend as much time researching Facebook pages as they do reviewing and analyzing relevant case law.[i]

Many courts have adopted the aforesaid approach and also rejected the plaintiffs’ privacy objections. In McMillen v. Hummingbird Speedway case[ii] and Romano v. Steelcase Inc case[iii], the courts did not accept the plaintiff’s arguments that the communications through Facebook were subject to a “social network privilege.”

It is worth mentioning that if there is proper authentication of the evidence, screenshots, and records can be digital evidence in courts at first; however, the judges will determine whether or not they are valid. Simply said, some factors like relevancy, materiality, and authentication of social media evidence should be taken into consideration. In addition, the admissibility of screenshots and generally speaking, social media-derived evidence depends on the laws and regulations of each specific jurisdiction.

What Do the Divorce Lawyers Advise You to Do? Social media-focused evidence can impact on child support and custody, divorce, cohabitation, and alimony cases. One notable example is when someone stops paying the spousal or child maintenance, your posts or photos can evidence liquidity and your financial status. Even worse, a simple photo can show that you are an unfit parent to raise the child, and accordingly, it can affect your visitation and custody rights.

So, keep in mind that you have some mutual friends on social media! Modifying “privacy” settings and changing passwords can also avoid further problems in the divorce proceedings.

Anna D’Addona, is an experienced family law specialist and divorce lawyer in Australia. Here are some of her tips to remember about social media:

If you intend to make a disparaging or negative comment about your former partner, it is quite likely that this information will be funneled back to your former partner and/or their family. Regularly, in family law proceedings, Facebook posts, Instagram posts, and other social media posts are annexed to or tendered to the Court in support of allegations that you are not prepared to facilitate a relationship between your children, or a party in attempting to alienate a child from one of their parents”.

Keep in mind that some kinds of social media can indicate the users’ location through the metadata.  Moreover, according to Madison Kelly, a divorce lawyer, “where full and frank disclosure is not being provided: A LinkedIn account may show that a party either is, or has been employed somewhere that they had previously not disclosed”.

Gallion v. Gallion case is interesting to note. According to the court:

Moreover, in O’Brien v. O’Brien’s case, the parties agreed to withdraw their fault grounds for divorce and proceed with a no-fault divorce. Yet, the wife requested an award of alimony. In doing so, the court also considered the social media evidence and stated that the breakup was the husband’s fault, vis a vis, his outside relationships with other women. Accordingly, the Court held that “evidence of marital fault or misconduct is relevant and admissible when the court considers awarding alimony”.[v]

Final Remarks from the Perspective of Divorce Lawyers

In sum, online presence plays an important role in different types of family law related disputes. Evidence obtained from social media can make a difference in the ultimate decision of the case. Thus, before uploading a simple photo or sharing something on your social media channels, consider how a reasonable person would view your content.

Above all, if you are a divorce lawyer, keep this issue in mind to represent your client effectively. You can print a Chain of texts and submit to the court. So, divorce lawyers should advise their clients to withdraw from the public eye in divorce proceedings. Be cautious! 1 thought on “Family Law in Digital Era: Social Media through the Lens of Divorce Lawyers”