Complete Guide on Letter of Credit

Adam started a new dropshipping business with low capital but encountered rejection as merchants wanted to avoid engaging in trade with someone who had no credibility in the market. Many new and established players wish to enter the market but are unable to do so because of this very reason.

Several tensions emerge when consumers and merchants worldwide get into maritime business procedures. Some of these tensions circle deferred payments, sluggish deliveries, and financing-related problems, among many others. The mere distances in multinational trade, diverse regulations and rules, and varying political landscapes are some grounds for sellers requiring a promise of payment when they deliver goods via the maritime route to their vendors.

To resolve this issue, Letters of credit were presented by including the third party, like an economic establishment in the transaction, to mitigate credit risks for exporters.

This article aims to assist you in gaining in-depth knowledge and a detailed guide on what an LC is, how it works, why it is significant, documentation and fees, and types of loc. However, if you need legal help, you can always consult an attorney through a legal-tech platform like Legamart, which has +2000 lawyers, out of which you can select a lawyer per your requirements at a minimal cost.

In layman’s terms, an LC is a bank service ensuring that the amount indicated in the LC to the Vendor as per the Consumer’s instructions in behalf of the payload of goods, renditions of other prerequisites stipulated in the LC, and submission of appropriate records.

After this requirement is achieved, in the scenario that a transfer of ownership has occurred for the goods shipped by the Vendor to the Consumer and the submissions of the appropriate records corroborating the fulfillment of additional requirements of the LC, the issuer, in this case, the bank, will securely transfer the funds to the Vendor’s checking account.

What is a Letter of Credit?

An LC is a written document issued by the importer’s bank (the opening bank) on the importer’s behalf. Through its issuance, the vendor is given the assurance that the issuing bank takes full guarantee and compensate the exporter for the multinational trade executed between both groups.

In this case, the consumer is the individual applying for the LC, while the vendor is the claimant. In an LC, the bank issuing the funds takes complete accountability and pledges to settle the defined payment per the approved timeline and against prescribed records.

A major regulation that comes into play while applying for an LC is that the bank issuing the funds will fulfill the amount based exclusively on the records presented during the application, and they are not mandated to dispatch the goods themselves on the ground corporeally. If the records surrendered during the application are in consensus with the terms and requirements laid down in the LC, the bank will have no excuse to reject the compensation that it is obligated to provide.

How Does a Letter of Credit Work?

Usually, an LC is utilized in multinational trade to indicate that payment will be completed to the vendor on time and in full, as insured by a bank or financial institution. After dispatching an LC, the bank will charge a fee, generally a portion of the LC, in addition to mandating collateral from the consumer. Among the various letters of credit are a revolving LC, a commercial LC, and a confirmed LC.

To better understand how an LC works, consider the following example: Let us presume that John, a vendor with experience in dealing in times of economic crises, will think twice before giving credit to any consumer, be it a highly experienced one. In such a situation, the consumer can simply apply for an LC. here, a bank let’s name it ABC would issue this consumer an LC within two business days, in which a Bank of ABC department would guarantee the purchase to John. Because the bank and John have an existent connection, the bank is acquainted with the Buyer’s trustworthiness, investments, and economic situation.

While obtaining it might be a roadblock to beginners and innocent entrepreneurs, any entrepreneur can select their digital device and simply visit Legamart Directory, where highly experienced legal professionals are waiting to answer all their questions.

Why is an LC Significant?

An LC is advantageous for both parties as it ensures and assures the vendor that he will acquire his funds upon completion of the terms of the trade arrangement. Also, the consumer can illustrate his creditworthiness and bargain for more prolonged payment terms by retaining a bank back the trade dealing.

What are the Features/Characteristics of LC?

This is a transactional pact under which the terms and conditions can be altered/revised at the parties consent. To be negotiable, an LC shall incorporate a guarantee of payment upon request or at a specific point in time.

A letter of credit has the flexibility of being either voidable or irreversible. In cases where a voidable LOC cannot be established. In an irrevocable LC, all the players hold authority, it cannot be altered/revised without the approved permission of all the individuals.

LCs can be transferred, and the beneficiary has the right to transfer/allocate the LC. This will remain effective no matter how often the beneficiary assigns/transfers the LC.

The beneficiary will only acquire the payment upon maturity of the LC from the issuing bank when he delivers all the drafts & the essential documents.

What are the Documents Required for an LC?

What are the Fees Payable for an LC?

Miscellaneous expenses and refunds are implicated when it comes to letters of credit. Generally, the expenditure under LC is governed by all players. The expenditures charged by banks may include the following:

Opening charges, including the commitment expenditures, are charged upfront, and the issuance fees are levied for the approved tenancy of the LC. But keep in mind that removal expenses are owed at the ending of the LC duration.

In addition to his expenses, they include a consultatory expenditure imposed by the advising bank, reimbursements owed by the applicant to the bank in endorsement of alien law-related responsibilities, the validating bank’s fee, and bank expenses payable to the issuing bank.

What are the Types of Letters of Credit?

Below is a list of the various types of letters of credit:

This letter of credit cannot be canceled or revised without the proper authorization of the beneficiary (Vendor). Irrevocable letter of credit reminisces the complete and unconditional liability of the issuing bank to the other player.

This letter of credit is closer to the bank guarantee and gives the Seller and Buyer a more flexible collaboration opportunity. The bank will honour the letter of credit when the Buyer fails to fulfil payment liabilities to the Seller.

In addendum to the Bank promise of the letter of credit issuer, this kind is confirmed by the Vendor’s bank or any other bank. Irrespective of the expenditure by the bank administering the letter of credit (issuer), the bank that corroborates the LC is liable for the implementation and execution of commitments.

Only the bank issuing the LC will be liable for payment of this letter of credit.

This enables the Seller to assign part of the LC to the other party. This is especially beneficial when the Seller is not the exclusive producer of the goods and buys some components from other players, as it eradicates the need of extending numerous letters of credit to other players.

In this type of LC, the settlement of funds is fulfilled to the Vendor with immediate effect (maximum within 7 days) after the necessary records have been surrendered.

The Seller can request an advance for an agreed amount of the letter of credit before the shipment of goods and submittal of required documents. The idea behind naming it the red clause is that it is commonly printed in red on the document to attract engagement to the “advance payment” clause of the credit. They also come in two variations, i.e. red clause and green clause letter of credit.

To avoid such intricacies and determine the correct type, you can reach a global network of highly skilled international lawyers on Legamart who will assist you in writing a living will.

To individuals who wonder how an LC works, Often in international trade, an LC is used to signify that payment will be made to the Seller on a specific duration and in full, as insured by a bank or economic organization. After dispatching an LC, the bank will levy a cost, generally a percentage of the LC, in an addendum to mandating collateral from the consumer. 3 thoughts on “Complete Guide on Letter of Credit”

I am a master student of international law who has gained experience in the field of legal writing and dispute settlement techniques by participating in moot court competitions. Also I have been advocating in certain legal fields and specialized skills in Business law and Human Rights, and Arbitration. 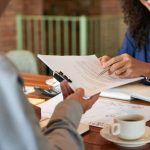 Complete Guide on Letter of Credit