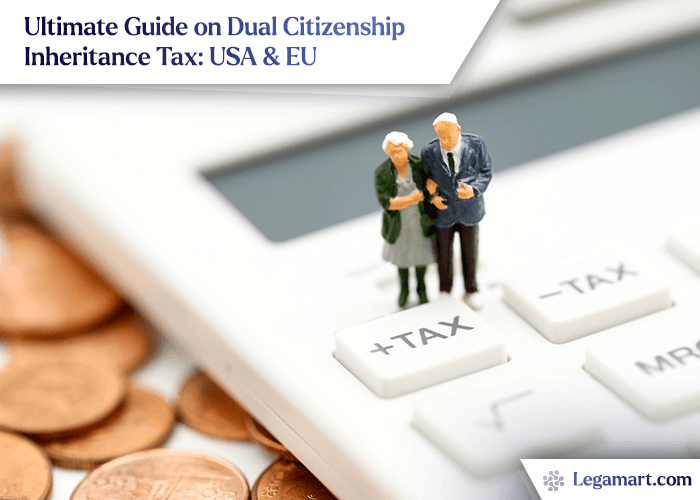 Inheritance taxes are triggered when a beneficiary is legally entitled to an asset transfer from the estate. These tax purposes are often associated with entitlement, like receiving a transfer consequent to death rather than the actual receiving. In many countries, the recipient might decline this right to accept the transfer, avoiding any inheritance tax burden. Such taxes are pretty complex and what complicates it further is the dual citizenship inheritance tax.

European Union thrives to uphold its treaties and prohibit discrimination against EU nationals. However, member states have the freedom not to harmonize their foreign inheritance tax. So what about the dual citizenship inheritance tax? Such structures create a complex system as two or more member states exercise their tax treaty.

This article will look to bridge the gap between the dual inheritance tax in US and EU. The reasoning is because of the varied structures followed in the EU. For example, France’s dual citizenship inheritance tax system differs from that of the UK.

USA and EU: Is a Citizen Subject to Double Taxation on Inheritance?

Involving inherited financial assets is dicey. Countries like Austria treat inheritance tax under their gift tax regime. This changes from country to country. Another factor is that the nation of residency has a trailing transfer tax regulation, especially in dual citizenship inheritance tax, as the methods remain haywire.

Generally, a US citizen handles estate taxes on all property owned in the country or elsewhere. They are making the rebate on dual citizenship inheritance tax close to redundant.

However, there are some exceptions:

2) Double tax treaty or a double taxation agreement provides a tax credit for estate taxes paid in the United States.

3) The estate of a deceased dual citizen may be exempt from paying dual citizenship inheritance tax in both countries. There are now fifteen countries.

Income tax treaties of the United States help minimize the tax burden and prevent double taxation. For example, a treaty between the United States and Canada prevents double taxation even though they are living and receiving money as a Canadian citizen. In this case, the dual citizenship inheritance tax regime is not redundant. US has very few treaties with the countries of the EU, making the dual citizenship inheritance tax in USA and EU a growing paradigm.

A provision in law or administrative procedures by which a State offers relief for inheritance tax paid in another Member State is tax relief. Such reliefs mainly come into the fold for dual citizenship inheritance tax.

It can be done by:

Income earned in the United States is taxed, whether earned by a non-resident or a resident unless excluded by the Internal Revenue Code. Generally, tax treaty rules apply only to the part of the year during which one was a non-resident. But, there is an exception to this rule in Chapter 9 of Publication 519, US Tax Guide for Aliens.

Another exception is available to residents who establish a residence overseas. Dual citizens should consult the tax treaties to identify the clause that qualifies them for the residence test. Taxpayers under this treaty provision are eligible for the overseas earned income exclusion. The above analysis ensures that the US dual citizenship inheritance tax regime is much easier to understand. The same might not be the case when comparing the dual citizenship tax in the US and EU.

It is important to remember that many member states belong to the EU. Let us look at three significant states, including the United Kingdom, which is now separate from the EU.

UK chose not to implement changes to EU inheritance regulations. They gave citizens living abroad in the EU an option. In dealing with the estate based on UK inheritance tax or country of residence. It implies that UK residents who live in EU nations subject to these restrictions will have this option. The laws on dual citizenship inheritance tax in the US and EU play a role here as the US does have an independent tax treaty with the UK.

French inheritance law is based on the French civil code and works on a residence-based basis. French inheritance tax with french law applies to all French people regardless of nationality. Forced heirship regulations need distribution of a part estate regardless of any wills. The remaining can then be allocated according to the French will. However, The laws on dual citizenship inheritance tax in the US and EU take precedence. Like the UK, France has an independent treaty with the US.

In Germany, heirs inherit the deceased’s assets and financial obligations without an executor. In comparison, forced heirship limits are not as severe in Germany. One can exclude close relatives who are natural heirs from a person’s will. However, if there is no will, European Union laws apply. What happens when a foreign resident dies without leaving a will? The law of the country they lived in for five years takes precedence. Germany, too, has an independent tax treaty with the US. These laws are making the dual citizenship inheritance tax in US and EU more robust.

Can Dual Citizens Choose the Applicable System between USA and EU Tax Systems?

As already indicated, there are various income tax and foreign tax regimes. Let us look at the French, United Kingdom, and the USA inheritance law. A French resident is subject to forced heirship restrictions, including french inheritance law. One must state in the will that if one wants the laws of the United States to apply. The person must specify in which state one wants the estate probated in the United States. One must have a connection to the state through:

Working and owning foreign property in two countries necessitates more tax filing. Balancing the burden of double taxes is essential. Bound by the laws of two countries also entails an obligation to pay taxes in two jurisdictions. In comparison, taxation treaties do exist to assist the citizens. The approach and long-term view are nascent.

Double taxation can occur when the different member states use varied valuations for the same property. Another issue is that certain States impose high inheritance tax rates on specific groups of beneficiaries, reaching up to 80%. Many Member States have included provisions in their domestic legislation to avoid double tax. Yet, in most circumstances, such techniques would not give total relief from double taxes or inheritance tax returns.

Specific changes might include introducing credit for tax paid in another member state. One could exclude certain kinds of foreign property from the domestic tax base if all member states that impose inheritance taxes implemented the amendments.

Applying inheritance taxes on the same individual should not cause many double taxation issues. National inheritance tax systems would thus remain non-harmonized at the EU level while still being compatible from the standpoint of a citizen receiving a cross-border contribution. The dual citizenship inheritance tax in US and EU is only in a few countries. The number should now increase for a better approach

The EU succession regulation does not cover Inheritance taxes. Determination of inheritance tax payable on an estate is by the national legislation. Heir’s country or by double taxation agreements made by the country concerned. Such agreements prohibit cross-border scenarios. However, the groundwork for future modifications is lacking.

Non-US citizens living and owning property in the US should be mindful. These estate tax schemes have possible ramifications. The preceding study shows that residency decisions may have significant tax consequences. Thus, an inheritance tax rate design should include preferential treatment of family members. 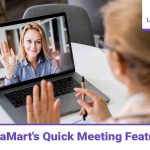 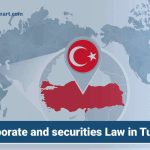 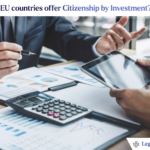