The independence and impartiality of the judges and arbitrators are recognized in all legal systems today. In the context of arbitration, the arbitrators’ neutrality is even more important since the arbitrators can be challenged by the parties if they do not meet the double requirements. Indeed, it is well accepted that parties can experience a fair process if the adherence to the central themes in the arbitration is enhanced.

1. Concepts of Independence and Impartiality

1.1. Definition of the standards

Impartiality and independence are usually used synonymously to reflect the unbiased quality that arbitrators should possess. However, independence is an objective concept and impartiality, on the other hand, is more subjective and abstract in nature.[i] To put it more simply, the former describes the arbitrator’s lack of ties to any of the parties, co-arbitrators or counsels and the latter mostly describes an arbitrator’s state of mind. Yet, as mentioned above, these concepts overlap to some extent in practice and sometimes they are used interchangeably.

Lack of independence and impartiality can be seen in many scenarios in international arbitration since the potential web of relationships is really complex, whether they are contractual, financial, personal or professional. In other words, if we take a closer look at the real situation in the present time, we would see that many counsels also act as arbitrators. Many courts have also highlighted that most arbitrators are very knowledgeable, and considering the limited pool of arbitrators, it is highly likely that arbitrators will have had dealings either with parties or with one another previously.[ii]

For instance, arbitrators may have worked for many law firms, representing many different companies. Additionally, there would be a previous attorney-client relationship between the prospective arbitrator and the party to the arbitration. Accordingly, there is a risk of lack of independence and impartiality in all the aforesaid scenarios. This risk would jeopardize the integrity of the tribunals. There is remarkable uncertainty over the standards of independence and the scope of the duty of disclosure. Where one identifies potential conflicts, full disclosure of the potential conflict would be required. To this end, many arbitral institutions have considered a standard form to be completed and signed by the arbitrators prior to their appointment.

For example, under the LCIA rules, “In completing their statements of independence, arbitrators should take into account, amongst other things, the existence and nature of any past or present relationships, direct or indirect, with any of the parties or their counsel. Any doubt as to whether a relationship should be disclosed must be resolved in favor of disclosure”.[iii] Similarly, according to the ICC template statement of independence and impartiality, arbitrators are required to ‘disclose any ‘facts or circumstances that need to be disclosed because they might be of such a nature as to call into question [their] independence in the eyes of any of the parties or that could give rise to reasonable doubts as to [their] impartiality’. What is more, if LCIA and ICC determine that an arbitrator nominated by a party does not meet the standard of neutrality, they are entitled to make decisions ex office.

2.  The Impact of the IBA Guideline on Conflict of Interest of Arbitrators

In fact, none of the arbitration rules clearly specify which situations might give rise to a lack of independence. Hence, with regard to the standards of impartiality and independence, the International Bar Association Guidelines on Conflicts of Interest in International Arbitration (IBA Guidelines) can be considered a  useful tool for arbitration practitioners. It should be pointed out that the Guidelines classify the potential conflicts into a traffic-light system: a “Non-Waivable Red List, a Waivable Red List, an Orange List, and a Green List. This way the Guidelines guide arbitrators on what should and should not be disclosed in the arbitration process.

Despite the fact that they are soft law, they are frequently viewed by tribunals as providing relevant criteria for assessing the independence and impartiality of challenged arbitrators. Moreover, a growing number of commentators have addressed the role of the IBA Guidelines in harmonization of the standards at issue if they are implemented universally.

It seems that since the IBA Guidelines include a practical list of different scenarios of lack of independence and impartiality and they reflect best international practice, it would be a wise choice to refer to the Guidelines as a helpful starting point for analyzing issues of conflict.

3.  Standards of independence and impartiality under the English law

Under English law, independence and impartiality are different legal concepts and there is a marked difference between them in theory. Leading institutional and ad hoc arbitration rules have adopted different approaches to these concepts. A notable example here is AA 1996 Act which is applicable in England, Wales, and Northern Ireland. The Act merely highlights the requirement of impartiality and it is silent on the arbitrators’ duty of disclosure. To be precise, section 24(a) of the Arbitration Act 1996 (AA 1996) provides that one of the grounds on which an arbitrator can be removed relates to where:

circumstances exist that give rise to justifiable doubts as to his impartiality.” Furthermore, Section 33(1)(a) of the English Arbitration Act requires arbitrators to act fairly and impartially “notwithstanding any agreement to the contrary”. Presumably, there is a deliberate omission of the requirement to be independent in the Act.

In line with the reasoning above, the double requirements are considered different concepts in English law. Only if there are any justifiable grounds for the removal of the arbitrator, lack of independence leads to a lack of impartiality.[iv] The English Court of Appeal also supported this view in the Stretford v. Football Association Ltd case. The reasonable person test or an objective test is applied in some cases in light of AA 1996, s 24.[v] Considering the judicial approach of the English courts, the current standard to challenge an arbitrator is dependent on the fact that whether a “fair-minded and informed observer” would conclude that there was a “real possibility” that the arbitrator was not impartial.[vi]

It is worth mentioning that the English courts have adopted different approaches to the IBA Guidelines. To give an illustration, we can mention Sierra Fishing case [vii]where IBA guidelines were addressed in order to assess the challenge to the impartiality of the arbitrator in accordance to AA 1996, s 24.  In this case, the arbitrator worked in a law firm that had advised a party on the arbitration clause. This situation was within the ambit of the non-waivable red-list category. Conversely, in W Limited v M SDN BHD, despite the fact that the circumstance was within the ambit of the Non-Waivable Red List, the court did not consider the standards mentioned in the Guidelines.[viii]

Hence, it can be inferred that if parties want to succeed in a challenge against an arbitrator, they should demonstrate that there was a ‘real danger of bias’. English courts do not provide many examples of cases in which strong reliance has been placed on the guidance provided in the IBA Guidelines.

Last but not least, publishing unidentified decisions on the topic would be valuable to the arbitration community in determining when a challenge may be warranted under the standard. 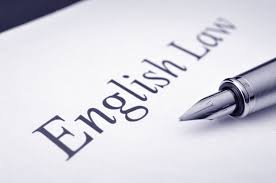 It goes without saying that in light of the confidential and private nature of the arbitration process, the dual standards of neutrality of the arbitrators are central to the arbitration.  What is visibly absent from the existing legal approaches of the English courts is the uniform approach to the standard of neutrality of the arbitrators. As discussed earlier, the English courts have placed varying significance on the IBA Guidelines on conflict of interest. Given all the factors highlighted above, it may be time to see more reference to the IBA guidelines on conflict of interest in the context of commercial arbitration.