Transformed by the advent of globalization and the increasing movement of individuals and families across national borders, the number of international marriages has increased significantly. Many married ex-pats find their marriage travelling beyond the borders of their home country.

But for various reasons, things can alter, although it could appear to be a storybook relationship at first. Then the question arises, what happens if the long distance takes its toll and the marriage starts to fall apart?

Many spouses first underestimate the difficulties that arise in divorce on international scale. Divorce rules might differ internationally depending on your native country and where you live. Both sets of regulations will ultimately fall under your responsibility, making it challenging to manage everything independently.

This article aims to reveal all the issues that a divorce on international scale has to deal with, or, to put it another way, divorce conflicts from an international perspective.

In What Circumstances Can Divorce Create Conflict Internationally?

The following factors are taken into consideration when determining whether a couple has ties to more than one nation:

Any of the variables mentioned above might influence the decision to divorce.

Divorce Conflicts From the International Perspective

In the context of global families, the case for allowing spouses to pick the law that applies to their personal and property interests is exceptionally persuasive. When parents file for divorce, the challenges imposed by international conflicts are amplified for spouses and families that travel between fundamentally different legal systems.

Family law issues have grown to encompass Hindu law, African customary law, and Sharia-based law, besides the evident distinction between common law and civil law systems. Due to increased dual nationality and cyclical travel patterns, many people and families have retained varied links.

Which Country’s Legislation will Govern divorce?

Basis for deciding the legislation applicable to international divorce

Because it serves as the cornerstone of family life, the state in which the parties to the marriage establish their primary residence has a crucial stake in that status. Divorce is an issue in which the state is involved since it ends the marital status, and legal action can only initiate it. Thus, it has been determined that the state law of the state with which the spouses are most closely associated, i.e., the place where they reside and have their home, will control the granting of divorces, excluding any divorce problems from an international perspective.

Depending on the domicile of the parties

The concept of a permanent residence is implied by the word “domicile.” The domicile refers to “the place with which a person has a settled connection for legal purposes, either as a result of his residence or by law.” According to the widely recognized theory, jurisdiction depends on the parties’ residence when the decision is issued since proceedings for a divorce deal with the parties’ status. Moreover, as stated by the Restatement of Conflict of Laws, “A state can exercise through its court’s jurisdiction to dissolve the marriage of spouses both domiciled in the state.”

Conflicts in the international divorce settlement

Yet, on divorce conflicts from an international perspective, worldwide perspectives show that divorce disputes can occur often. For instance, spouses may cohabitate and accumulate assets in country A before moving to country B and divorcing, or they may cohabitate in country B before moving to country A and divorcing. Or a couple lived in the United Kingdom, where the husband obtained his federal civil service before relocating to Japan, where they finally divorced and retired.

In those cases, the matter at hand is which nation should be regarded as where a person has a fixed relationship for legal purposes. In addition to a statutory reason for divorce, several jurisdictions require that the person filing the complaint has lived in the state for a particular number of months or years. Some courts, however, argue that residency inside the state for a specified period is a jurisdictional need for a valid order. In other words, if it determines that a divorce decree issued in a form that requires the party complainant to dwell there for the requisite period is illegal if the party seeking the judgment was not a resident for the appropriate amount of time.

The primary issue with divorce is brought on by the court’s exclusive application of its legislation when hearing the petition; in terms of divorce conflicts from the international perspective, there isn’t an option for the law component. What was wrong with a “quickie” Nevada or Mexican divorce from a Canadian perspective years ago was that the Nevada or Mexican courts disregarded Canadian values in upholding a marriage. Set aside the matter of whether these values make sense.

Suppose Canada, having eliminated the residence barrier for a Canadian divorce, becomes like Nevada. In that case, we can divorce as many couples as we like, but the areas where the person returns (or where one party may have remained) may not accept the divorce. In other words, they may be unable to remarry in certain areas or reasonably expect Ontario law to address their support responsibilities.

Where Should the Divorce be Filed?

Many foreign couples discover they are eligible for divorce in more than one country, allowing them to choose their government. If you have a choice between two nations, it is a good idea to consult with an international divorce attorney who can help you understand and assess the variations in the two countries laws. Or, more simply, you can visit the LegaMart directory and employ a lawyer to grasp all the details about divorce conflicts from an international perspective based on your questions right from your smartphone.

Yet, to give you brief information, below are the factors to consider:

How Custody is Determined in Each Nation?

A comparable international arrangement covering spousal and child support was ratified and signed by the United States on November 23, 2007, at The Hague. Countries that join this agreement commit to enforcing each other’s child support and spousal support orders. The Convention is still in effect in 43 nations throughout the world today. Yet, governments that are not signatories to the Convention may not enforce them, which may cause divorce conflicts in the international perspective in the future, depending on where your ex-spouse lives.

The custody dispute is yet another example of the difficulty of divorce conflicts from an international perspective. Federal legislation known as the Uniform Child Custody Jurisdiction and Enforcement Act (UCCJEA) mandates that states respect the jurisdiction and custody decisions made by other nations so long as the parents are given notice and an opportunity to be heard.

Under an existing custody arrangement, member nations are required to comply with the Hague Convention on the Civil Aspects of International Child Abduction to restore children whose parents to a foreign country have been abducted.

The Convention also stipulates that when it comes to custody disputes, children benefit most when the laws of the nation where they typically reside are used. Nonetheless, the United States Supreme Court has ruled that habitual residency will be determined on a case-by-case basis and will not be based on any agreement between the parents about where to raise the child. According to the general rule, the court where the children reside has jurisdiction to determine who gets custody of them during a divorce. Most authorities maintain that the divorce decree is final and will be recognized and enforced by another state as of that date.

Legal formalities do not govern divorce. When several countries and legal systems are involved, the process of granting separation becomes more interwoven. Laws are changing and attempting to make more significant changes without regard to jurisdiction or application. Recognizing the challenges of international divorce, use caution while making any choice that will affect your future. 2 thoughts on “Divorce on International Scale” 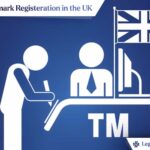 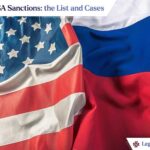