Many questions may arise when a corporation becomes insolvent. Is it able to be rehabilitated or at least enhanced before being liquidated? What assets will be considered available for distribution among its creditors if liquidated? Who are to be treated as creditors, and how are the various classes of claims to be ranked? In what circumstances does a company enter into transactions before its dissolution is null and invalid or is subject to an annulment? How should recoveries be handled?

Insolvency Legislation in the UK

When a Corporate is Declared Insolvent?

It is simple to deduce that an instance of corporate insolvency in the UK exists. When a company cannot pay its debt, it is considered insolvent. In other words, a corporation is insolvent if its assets do not cover its obligations and liabilities. As the companies go insolvent, the directors have liability for fulfilling certain responsibilities like ceasing trade, and overdrawing a large sum, which could result in sanctions and allegations.

The Insolvency Act of 1986 does not specify when a company becomes insolvent. However, everything depends on when a corporation is “unable to pay its debts.” Section 123 of the Act establishes two primary criteria for assessing whether a corporation cannot pay its debts.

If sufficient evidence shows that a corporation fails either of these requirements, it is termed insolvent because it lacks adequate assets to satisfy its debts or cannot pay its payments on time. In reality, the tests are frequently challenging to determine, especially in borderline circumstances where contingent or unquantifiable hazards occur or when deciding how far into the future to examine or foresee when applying the tests.

What are the Insolvency Procedures?

The Act specifies the procedures that a case of corporate insolvency in the UK must follow. There are four types of insolvency procedures. The first is about a corporation that will not be resurrected and dissolved. The final three can save the company or its business.

Furthermore, the Companies Act 2006 (CA 2006) provides for the following procedures:

Finally, an enforcement technique frequently combines a contractual remedy with provisions in the Law of Property Act 1925 (LPA) regarding the appointment of a fixed charge receiver.

There are various choices available if a corporation has been declared to fall into corporate insolvency in the UK. You can visit the LegaMart directory and employ a lawyer to grasp all the options that suit your case based on your questions from your smartphone.

Yet, to give you brief information, below are the standard options to consider:

In the case of corporate insolvency in the UK, there may be no suitable alternative course of action if a corporation cannot pay all of its debts other than putting the business into liquidation. Liquidation is a terminal procedure; unlike other forms of insolvency, the corporation will not be resurrected and eventually dissolved. The liquidation process entails the appointment of an insolvency practitioner (the liquidator) to gather and realize a company’s assets before distributing the realizations per a stipulated statutory order to (partially) fulfil the company’s liabilities.

The administration regime, which is a hybrid approach when facing a case of corporate insolvency in the UK, is outlined in Schedule B1 to the Act. A statutory purpose for an administration must be one of three:

When a business borrows money, the company or organization lending the money frequently requests some form of collateral against the business’s assets as a secured creditor (fixed or floating charge holder).

Unsecured creditors cannot initiate administrative receiverships. However, they can start the administration procedure (as described in section 3).

A voluntary arrangement is defined in Section 1 of the Act as either a composition in payment of its obligations or a scheme for organizing the company’s affairs. In essence, a CVA provides a company that falls into corporate insolvency in the UK with a “second opportunity” to restructure its operations voluntarily (but with specific options) without filing for terminal bankruptcy. A CVA can also be used as a distribution method when it is preferable to avoid liquidation procedures. A corporation does not have to be formally bankrupt to undertake a CVA.

CVAs involve arrangements between administrators and creditors based on proposals made by the directors, the liquidator, or the administrator if the firm is in liquidation or administration. The CVA becomes effective after the members and creditors have accepted it. On the other hand, the CVA can be challenged in court within 28 days after its filing for unfairness or severe irregularity in the voting processes and reports of the members’ and creditors’ votes. As a result, the CVA generally becomes effective at the end of the 28-day challenge.

It is undeniable that the UK is the ideal location for entrepreneurs, small businesses, and startups to establish businesses. However, with the outbreak of the COVID-19 pandemic, many problems have arisen, leading to companies going bankrupt. One thing to keep in mind is that anyone participating in corporate insolvency in the UK should seek counsel as soon as possible to minimize business harm and lessen the personal impact on themselves. 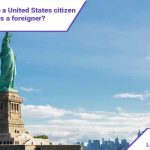 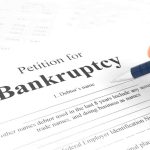 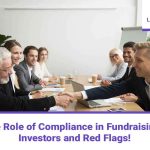 The Role of Compliance in Fundraising: Investors and Red Flags!