Contract Interpretation: How to Protect your Position as a Trader? | LegaMart Articles In trade disputes, the most crucial element to consider is the interpretation of the commercial contract. A large number of trade contracts are neither written nor reviewed by professionals. It, unfortunately, leads to contracts that lack clarity.

In this article, we go through the essentials of commercial contract interpretation, respond to common questions, and outline how you might defend your position in a contract.

What are Commercial Contracts?

What are Some Requirements for Commercial Contracts?

Commercial contracts can be verbal or written, although written contracts are preferred. An oral agreement is challenging to enforce in Court due to lack of paperwork. Commercial contracts can cover any aspect of business, including salaries, employment, and safety. As long as the contract contains the elements listed below, it can establish the execution of the following terms:

What is Contract Interpretation?

Contract Interpretation may be required when there is disagreement on a contract’s terms or the language and definitions employed. It may be necessary to bring a lawsuit to have a court review the contract if the parties cannot agree on a specific contract term. If this occurs, the Court will participate in contract interpretation to decide how to resolve the conflict.

Why is Accurate Contract Interpretation necessary?

Contract Interpretation is vital to treat ambiguous clauses in Contracts. An ambiguous clause is a term used in contract law and is a type of clause usage where the definition of a word is not strictly defined. It leads to the possibility of the contract being interpreted differently by the parties.

For example, simply stating payment terms in “dollars” makes it unclear whether the contract refers to American or Canadian dollars.

Likewise, a contract that uses the term “transportation” fails to mention the mode of transportation. In that case, it becomes difficult to ascertain whether the goods will be transported by land, sea, or air.

Courts constantly analyze contract clauses to determine the parties intentions. This analysis aims to be objective. The Court intends to assess what a reasonable person would have understood the contract’s terms. To do so, it determines all the information the parties had when the contract was created. Additionally, it depends on the evidence that has been produced and the language of the contract. Considering the contract as a whole, considering its documentary, factual, and commercial contexts is crucial.

Usually, the Court takes into account several factors when interpreting a Contract:

Finding the shared intentions of both parties is the first approach. Courts will always make an effort to firstly read a contract in line with what its original authors intended. When practical, the parties will strictly rely on the written provisions of the contract to identify their respective intentions. If the contract language is precise and understandable, it will govern how it is interpreted. If the contract’s language is ambiguous, parties may use extrinsic evidence to determine the purpose. A history of the parties’ prior interactions would serve as an illustration of this.

The Court will typically depend on the word’s or phrase’s ordinary meaning to decide if the contract’s language is precise and clear. Going by the definition in the dictionary or the typical usage is another name for this method. Unless it is evident that the phrase in question was employed technically or extraordinarily by the contract’s writers, a contract will typically be read using ordinary means. In a construction scenario, the word “hammer” would refer to a specific instrument, but in other contexts, it might refer to a gun component.

Protecting Your Rights as a Trader

Other factors in interpreting contracts might include but are not limited to:

As a whole: Contracts are typically regarded as a whole, which means that, unless otherwise specified, the meaning of a word or phrase in one portion of the contract should apply to the rest of the contract.

External Proof: Generally, when interpreting a disputed phrase, a court will only refer to the actual contract. However, the Court may decide to ignore the contract and instead use an outside document to interpret it if the specific terms of the contract in question are unclear or ambiguous. The laws governing the use of extrinsic evidence are complicated and based on circumstances that require interpretation.

Parol Evidence: Evidence of agreements that are meant to either supplement or incorporate into a contract is known as parol evidence. Oral agreements that existed before the contract was written serve as an illustration of this.

When interpreting the contract, the jurisdiction responsible for handling disputes arising from the contract is also essential. You may find some applicable international laws and how to refer to them here:

Having a lawyer evaluate the contract before it is signed is one approach to prevent the need for contract interpretation. A competent and informed contract attorney can be a handy resource whether you need a contract examined or deal with contract interpretation. Before a contract is signed, it can be examined by a knowledgeable contract lawyer, who can also attend the negotiations. They can also ensure there is a balance between both express terms and implied terms in the contract. This legal advice is highly crucial.

A lawyer can also draft and revise the contract to ensure that all parties are on the same page. Finally, if you ever find yourself in a legal dispute over the contract terms, the attorney can represent you in Court as needed.

Even well-written contracts may have unclear phrases since so many distinct elements go into making one. A contract lawyer can aid you in resolving any concerns with an ambiguous contract if you require their help. By dealing with a lawyer before the drafting and negotiating stages, you can avoid many problems regarding confusing contracts. If a contract violation brings about a lawsuit, you can also be represented in Court by an expert lawyer in your region. You may refer to the registry of highly qualified lawyers of LegaMart for further legal advice at LegaMart directory to make this decision and better protect your rights.

She is a legal expert 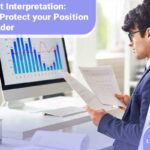 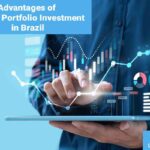