The constitution is one of the most important documents in any legal setting and legislation. A nation’s constitution is reviewed and interpreted any time a person is taken to court or in an occurrence of litigation. In a sense, the constitution defines the framework of what can and can’t be used in favor and in opposition of a plaintiff.

One aspect that’s carefully considered in a constitutional document is regarding minority rights.

Do you have any legal issue?

India is a diverse land linguistically, culturally, racially, and religiously. With that said, the founders placed a particular emphasis on equality and oneness. Let’s examine some Articles of the Indian Constitution.

Article 14: “The State shall not deny to any person equality before the law or the equal protection of the laws within the territory of India.”

Article 15: “The State shall not discriminate against any citizen on grounds only of religion, race, caste, sex and place of birth or any of them.”

Article 25: Subject to public order, morality and health and to the other provisions of this Part, all persons are equally entitled to freedom of conscience and the right freely to profess, practice and propagate religion.”

Article 29: “(1) Any section of the citizens residing in the territory of India or any part thereof having a distinct language, script or culture of its own shall have the right to conserve the same. (2) No citizen shall be denied admission into any educational institution maintained by the State or receiving aid out of State fund on grounds only of religion, race, caste, language or any of them.”

Is There a Problem with Minority Religions in India?

Considering the extent of Indian constitution’s minority rights and equal rights in general, there certainly shouldn’t be a problem with a minority or majority religion, right?

Actually, this is where things get tricky. The state of Punjab, bordering Pakistan, is not only the Sikh capital, but it also has the least amount of Hindu residence. According to the 2011 Census, Sikhs marked the majority as 57.69%, whereas Hindus constituted 38.49% of the population. In this case, Hindus are seen as a minority in the Punjab region. Although, one should not dismiss their count as they form a significant part of Punjab and should benefit from it as so.

A Recent Plea in the Delhi High Court

Now, there has been a recent plea in the Delhi High Court that claims that despite the Hindu outnumbering in many Indian states, they are still being denied from their minority rights.The petition was made by BJP leader and lawyer Ashwini Kumar Upadhyay. Upadhyay claims, “But, their minority rights are being siphoned off illegally and arbitrarily to the majority population because neither the Center nor respective state has notified them as a ”minority” under section 2 (c) of the National Commission for Minorities (NCM) Act.” Thus, in Upadhyay’s view, the lack of the deliverance of minority rights is because of the vagueness and obscureness of the definition of ‘minority’ in the Constitution. Furthermore, as mentioned in India Legal, “according to Upadhyay, his petition was prompted by the refusal of the National Commission for Minorities, which he had approach­ed, to define minority and grant the status to Hindus in these states.” Why Is This Important?

Minority rights, as stated in any nation’s constitution, guarantees protection towards citizens. Whether it be educational, cultural, or religious, the constitution (and in this case India’s) has provided a ground for freedom and enjoyment towards these rights. But a problem arises when minorities are selected and chosen on an individual or even biased basis. The problem in this case is not only about Hindus but constitutes other such discriminations such as towards Jews and Baha’is residing in India.

In this case, Jews and Baha’is are also minorities, and their community is so small that in fact they are the minority of the minority! Yet, these two groups are not mentioned  under the Central Government decision.

As Upadhyay also suggested in her case, ‘minority’ should be clearly defined and provided with a framework as per the constitution. It is not fair or appropriate to identify certain groups as minorities and avoid others. In fact, such an act is deemed upon as unconstitutional! A single entity should not have the complete authority to make decisions of who and what should be considered as minority status, but should be followed by ethical guidelines and statistics.

This Is a Global Dilemma and Not Particular to India!

One should look at this report as a mere case study to observe other nations that fall into similar crisis and unconstitutional framework. It is one thing to mention minority rights in the constitution, but it is another matter to actually follow and comply to them. The legislation of every nation should pay close attention to the protection of minority rights, and especially relating to their freedom of speech, freedom of religion, and freedom of assembly. The small count of a group of people or their differences should not act as a market that sets them less or lower than another.

Is There an International Document of This Nature?

It should be noted that minority rights is a commonly discussed issue on the international scale. For instance, despite the non-binding nature of the Declaration on the Rights of Persons Belonging to National or Ethnic, Religious and Linguistic Minorities, Article 2.3 states, “Persons belonging to minorities have the right to participate effectively in decisions on the national and, where appropriate, regional level concerning the minority to which they belong or the regions in which they live, in a manner not incompatible with national legislation”. This is a clear proof of the vitality and importance of this issue across nations and jurisdictions. 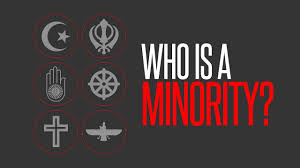 Thus, as a mere suggestion,  define minority rights as it should be and in accordance to clear-cut statistics and an objective basis.

Remember: in the end, we are all human.