With arise of Blockchain technology, its legal issues will arise too, and here, we will explain a bit about blockchain legal issues.

Defining Blockchain is not an easy task, some of the people trying to define it will say that the process is something completely new and it does not store any of the information in a central location but in a chain of computers (blocks), but some of them will say that it is based on a very old way of communication and storage adapted for today’s digital era.

However, according to this library, the major elements of blockchain nowadays are commonly identified:

According to Hossein Nabilou, a postdoctoral researcher at the University of Luxembourg, in Bitcoin governance, users may employ a variety of mechanisms to participate in the governance of the network.

The arrivalBlockchaintechnology brings along with it the murkiness of how the American legal system will treat such technology; before the rise of mentioned technology, businesses were uncertain on ho courts would treat electronic records and signatures until the federal legislature enacted the E-Sign Act on June 30, 2000.

To provide even more clarity to businesses, the National Conference of Commissioners on Uniform State Laws drafted the Uniform Electronic Transactions Act (th “UETA”) to provide states with a framework to enact laws governing the enforceability of electronic records and signatures.

Now, almost every state in the U.S. has adopted some form of the UETA and industry heavily relies on electronic contracting.

The legislative process has already begun for blockchain technology. Arizona and Tennessee both enacted laws stating that a this technology signature is considered an electronic signature, and the Technology record is regarded as an electronic record.

Furt er, these laws say that courts may not deny a contract legal validity because the contract contains “smart contract” term. Other states are also attemptinBlockchain’sheir current commercial laws to blockchain technologies.  Wyoming, for example, is breaking ground by addressing blockchain’s impact on the attachment, perfection, and priority rules of Art. 9 of the Uniform Commercial Code. Similarly, Delaware and Maryland have amended their general corporation and limited liability company laws to permit the use of this technology for creating and maintaining company records with respect to equity interests.

Beyond when and how legislatures and courts will solidify blockchain Blockchain as a valid platform or contracting, there are other possible legal questions and ramifications for the use of this technology in the supply chain. Some possible areas of legal considerations follow below.

Due Diligence on Blockchain

To explain a bit the term due diligence, is the work of investigating, auditing, or review performed to confirm facts or details of a matter under consideration, and when it comes to investing, this process is done to see whether the assumptions under which a decision is being considered are true;
Hence one of the main goals of Blockchain is to ease transactions, and the main advantage of this technology is being decentralized, the process of the due diligence is WAY easier than other legal acts!

It’s easy to get lost in the excitement of cryptocurrencies’ high gains and extremely emotional rides. However, investing in a project turning out to be a scam (or rug pull, as crypto-ers call them) can result in catastrophic loss, which can only amplify if you add institutional reputation to the mix.

To illustrate what to look for, it’s helpful to see what well-known scams have in common. For instance, in 2014, One Coin famously raised millions with almost no information concerning its technology but making big claims and flaunting buzzwords. Soon after, its investors found themselves in a four-billion-dollar Ponzi scheme, and the now super-rich founder, known as doctor Asia disappeared, never to be seen again.

The other point to be noted is Blockchain and cryptocurrency compliance is a beast of its own; The most common blockchain legal issue is projects range from being classified as securities in certain jurisdictions to being completely outlawed in their jurisdiction of choice.

In any case, a good combination to shoot for is a project with enough runway and experience to protect itself (should trouble arise), set in a jurisdiction that’s flexible but friendly towards blockchain initiatives.

And last but not least, you should know what makes a project valuable which is declared in the projects’ written statement called white paper.

Governance of the Bitcoin

Firstly, to resolve disputes in the Bitcoin network, unlike other political decision-making processes, in addition to open and free entry and exit, every participant can fork the codebase or the blockchain and create her version of Bitcoin and try to persuade other users to follow her version of the chain or a code.

By providing for the technical possibility that the new chain maintains the history of the blockchain going back to the genesis block, as well as the fact that the holders of the legacy coins receive the new coins proportionate to their holdings in the legacy chain, Bitcoin is most open to the competition provided by forks.

Within such an idiosyncratic network, it appears that the ultimate decision is principally made by those who can successfully fork Bitcoin and convince the majority of users to shift to the new chain. In this regard, the users of the Bitcoin network seem to possess the ultimate authority that decides which software to install and run or which implementation to follow. By refusing to run the software proposed or implemented by developers, users can exert considerable influence on Bitcoin governance. Meanwhile, the possibility of forking and the prominent role of users in the process means that unlike many other modes of resolving the societal collective action problems, which ultimately rely on coercion, Bitcoin governance is based on deliberation, persuasion, volition, and choice. Find more details in his article.

This way of storing the information is highly secure and not a bit can be altered without a trace. Blockchain technology is often referred to as “tamper-proof.” This is generally because each new digital ‘block’ containing a record of transactions is connected to all preceding blocks. To tamper with any of the records contained in a block, a dishonest participant would need to change all subsequent blocks in the chain to avoid detection.

Given that blockchain is a decentralized ledger, there is no single point of failure that dishonest participants can override. Instead, they would require a huge amount of power to override and alter every node simultaneously.

This is especially prominent in public blockchains where there can be any number of nodes existing anywhere in the world. Blockchain, therefore, presents a lower risk of attack than centralized systems, in which key servers can be targeted and altered without a trace. Blockchain also uses advanced public-key cryptography to secure its data, which relies on users having two cryptographically matched keys.

When someone wants to send a user a file, they send the file to a user’s public key. The file can then only be opened by the user’s correlating private key. Together these features make blockchain a very secure method of recording data according to this research paper. There is a relatively low risk of data tampering or data being intercepted compared to traditional methods of transfer and storage, making blockchain a risk management system.

As “Businessinsider” published, Bitcoin tends to get the most hype, blockchain, the underlying DLT powering the virtual currency, has a much broader range of use cases. Blockchain has found a home in nearly every industry, from financial services and payments to healthcare, energy, and property (even intellectual property) management, and many legacy institutions are now finding themselves challenged by tech-savvy upstarts proposing blockchain-based solutions.

But despite its increasingly prevalent use among businesses and consumers, blockchain is still a nascent technology when it comes to regulation. Around the globe, as within the US, no consistent policy has yet evolved. Rather, countries have been left to their discretion — with some, like those in Europe transposing regulation into their national laws, and others shunning the technology altogether.

The grey area is vast, as many countries are trying to balance building a society that fosters innovation and entrepreneurship with one that protects its citizens from crime, fraud, and other harm.

Jurisdictional boundaries are not a barrier for this technology, but some issues should be considered.

Blockchain has the ability to cross jurisdictional boundaries as the nodes on a blockchain can be located anywhere in the world.

This can pose a number of complex jurisdictional issues that require careful consideration in relation to the relevant contractual relationships as stated in this publication. The principles of contract and title differ across jurisdictions and therefore identifying the appropriate governing law is essential.

In a conventional banking transaction, for example, if the bank is at fault then irrespective of the transacting mechanism or location, the bank can be sued and the applicable jurisdiction will most likely be contractually governed.

However, in a decentralized environment, it may be difficult to identify the appropriate set of rules to apply. At its simplest level, every transaction could potentially fall under the jurisdiction(s) of the location of each and every node in the network. Clearly, this could result in the blockchain needing to be compliant with an unwieldy number of legal and regulatory regimes. In the event a fraudulent or erroneous transaction is made, pinpointing its location within the blockchain could be challenging.

The inclusion of an exclusive governing law and jurisdiction clause is therefore essential and should ensure that a customer has legal certainty as to the law to be applied to determine the rights and obligations of the parties to the agreement and which courts will handle any disputes.

A well-known example, intended for venture capital funding, was the DAO, which amassed $150 million in crowdfunding in May 2016, and was hacked and drained of US$50 million in cryptocurrency weeks later. The hack was reversed in the following weeks, and the money restored, via a hard fork of the Ethereum blockchain. Most Ethereum miners and clients switched to the new fork while the original chain became Ethereum Classic.

A big change, such as blockchain technology, is not easy to make. It will take additional challenges for different areas of law practice and their ap licability. Therefore, it is most likely that at some point, it may change the way legal services are performed in total. Most lawyers will be put in a new position in the process, and that will revolutionize legal practice in the future, making countries and their legal systems cooperate more closely.

But, on the one hand, h ving this kind of interaction as everyday practice makes it easier to prove facts that cannot be changed without a trace On the other hand, to see all the changes made chronologically in a more transparent, accessible, and uncomplicated way. All this makes the process of determining responsibility simpler and easily accessible. 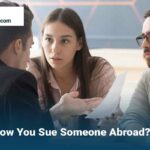 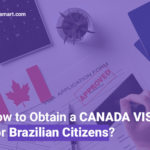 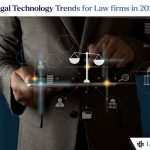 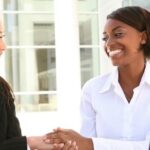