ANNULMENT – How can I get my marriage annulled? - legamart 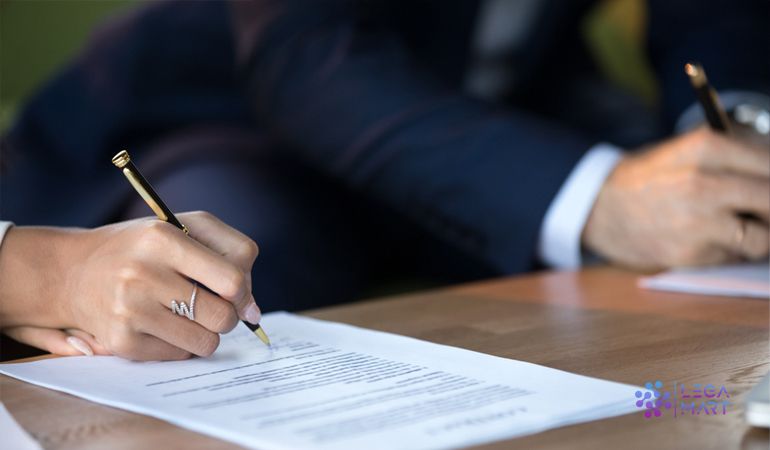 Annulment – How Can I Get My Marriage Annulled?

Marriage is supposed to be one of the best things to ever happen to a person. Sometimes, however, getting married is not always followed by marital bliss. In these cases, the best option for both parties is to separate. To many people, this automatically means divorce. However, there is an alternative to divorce that is quicker and cheaper, if you qualify, and this is an annulment.

What Is an Annulment?

An annulment (or nullity of marriage), by definition, is a legal ruling that states that the marriage between two people is void – that it was never legally valid. It effectively erases the marriage, making it almost like the union did not happen in the first place. The marriage records would remain on file; however, on legal documents and forms, the word “single” or “unmarried” is recorded as opposed to “divorced”.

The Difference between a Civil Annulment and a Religious Annulment

There are two types of annulments: civil annulment and religious annulment.

Civil annulments are granted by a court judge and are therefore legally valid. This means that in the eyes of the law and the legal system, the two parties involved were never married.

Who Can File for an Annulment?

Either party can file a petition (legal request) for an annulment case. However, annulments are not issued to all couples without question. This is why divorces are much more common than nullities of marriage.

An annulment can only be granted if the marriage has the appropriate grounds (reasons).  The person who filed for the annulment then must provide the court with proof of these grounds.

Reasons for an Annulment

In every separation, the most important issue is that the couple, for whatever reason, does not want to be together anymore. Annulments happen when a marriage should not have happened at all. However, there can be other reasons that a person might seek an annulment in addition to this.

Some people might want to consider an annulment because of their religion, particularly those affiliated with the Roman Catholic Church. Some faiths do not grant remarriage after divorce. In these cases, annulling a union is the preferred method of separation. It allows both parties to remarry and have that remarriage accepted both religiously and civilly.

Legally, annulments can also be easier to process and finalize. When going through the process of getting an annulment and living with the aftermath, there are fewer issues to take into consideration. The first issue is time: an annulment is usually quicker to obtain than a divorce.

There are fewer problems and decisions to be made when separating when both parties agree that a marriage was never legal in the first place. The proceedings and the case as a whole would then be easier to finish.

Furthermore, annulments are easier than divorces because of the way they deal with matters regarding personal property. In an annulment, the main focus is on restoring a person’s previous social and financial status. This means that dividing up property can be less troublesome.

The court can revoke the partner’s ownership in the case of an annulment, stripping them of their rights to the items. In addition to this, some places even waive spousal support (alimony) when annulling a marriage. This prevents either party from obtaining this kind of monetary support.

Grounds for an Annulment

As previously mentioned, annulments are not issued to every couple or under every circumstance. For an annulment to be granted, the couple must meet the governing body’s criteria, proving that the marriage was illegal in some way. Usually, the following grounds (reasons) are accepted:

How Much Time Do I Have to Get an Annulment?

There are also laws regarding the length of time that couples have to file for an annulment. In some places, the law does not allow an annulment after a certain period of time. This limit varies from place to place. Typically, however, most time limits do not depend on the amount of time that a couple has been married.

They depend on the grounds for annulment and the amount of time that the partner has known about the situation.

HOW TO GET AN ANNULMENT

If you have the proper documentation and grounds, as well as proper advocacy, an annulment is usually a quick process. The first thing you need to do is check to see if you have the appropriate grounds, or reasons, to nullify a marriage, as seen in the previous section.

The next step would be to look at the annulment laws and restrictions in your state or country. Pay particular attention to the statute of limitations for annulments, because this will inform you of the amount of time you have to file a petition.

After you have completed these two steps, you can move on to filing the petition. This is the step that the need for legal representation presents itself. A family lawyer can help you gather the proper documentation and evidence to include in your legal request. This usually includes:

Once you have gathered these items, you are then ready to file a petition for annulment in court. Some jurisdictions may also require a fee to file this petition. After this, the other spouse must be officially notified of the annulment, and they have the opportunity to either accept or decline it.

If they accept, then the process continues to the hearing. If they decline, then both parties may have to go to court.

Finally, there will be an annulment hearing with both spouses present. This is where both people will have to testify and present their evidence to a judge. Both parties’ lawyers will also have the chance to speak for their clients at this point, as well. Then, the judge will either grant the annulment or decline, in which case the two will then have to get a divorce.

Separation can be stressful. Emotions are running high and sometimes it is not very easy to handle court proceedings alone. Even in cases of annulment, a family lawyer who is an expert in their field can be a great help. Therefore, if you would like to know more about the annulment process, or if you would like to find out how to hire a lawyer to help your case, we can help.

Are Children Born Out of an Annulment Still Considered Legitimate?

In short, yes they are. In the eyes of the law, all children born out of an annulment are still considered legitimate children. Things like child support and child custody are not affected by an annulment of a marriage.

Both parents are still responsible for their children. Furthermore, the same laws that apply to all other parents still apply to parents who have had their marriage annulled.

Can I Get an Annulment If the Person I Married Is Overseas?

Yes, you can get an annulment if the grounds for annulling the marriage are appropriate. The only issue, however, would be serving (notifying) the person in the other country. The other spouse must be served, and notifying someone overseas can be difficult and costly, but possible.

What If I Do Not Qualify for an Annulment?

1 thought on “Annulment – How Can I Get My Marriage Annulled?”