Even though Brazil is one of the world’s most populated countries and the ideal destination for many people for investment, it is also well known that it has some of the most restrictive abortion regulations. Despite being globally acknowledged as a subject of public health, human rights, reproductive justice, and women’s self-determination by competent organizations, the debate over abortion legal in Brazil have traditionally been marked by multiple controversies. Moral and religious justifications are used to justify its ban, despite the state’s secularism and the abundance of scientific knowledge demonstrating that the limitations do not prevent it – they only hinder individuals from properly terminating the pregnancy.

Moreover, although being legally permitted in three scenarios, women confront several impediments in the public health system, ranging from difficulties in getting information to the unpreparedness and bias of health professionals.

This article aims to give you an overview of the regulations of abortion in Brazil, or in other words, whether abortion is legal in Brazil.

Find the right lawyer for Abortion
Get Quotes Now!

Only in a few instances is abortion allowed, according to the abortion legal in Brazil. Nevertheless, every year, thousands of women in the nation resort to illegal abortions, and the majority do so in a dangerous manner, i.e. by utilizing insufficient procedures and getting incorrect information. While only 1,613 abortions were officially conducted in Brazil in 2012, it is believed that between 800,000 and 1.2 million illicit abortions occur each year. According to Health Ministry data published in Folha de S. Paulo, over 2 million women were hospitalized for complications from miscarriage or abortion from 2008 to 2017, three-quarters of whom were induced abortions, and over 4,400 women died from miscarriage and abortion-related causes between 2000 and 2016.

Even in actual circumstances, such legal obstacles make it extremely difficult for them to have a proper abortion. Abortion regulations in Brazil are likewise poorly communicated. As a result, many illiterate and impoverished women are unaware of the circumstances under which they can have legal abortions, leading to an increase in dangerous clandestine abortions.

According to estimates, one in every five Brazilian women has aborted a pregnancy by the age of 40. According to the 2016 National Abortion Survey, around 503,000 clandestine abortions were conducted in Brazil alone in 2015. Every year, around a quarter-million women seek medical attention for problems related to illegal abortions, and people die as a result of illegal abortions.

For whatever reason, women and adolescents who abort pregnancies risk up to three years in jail. In 2017, the courts registered almost 300 abortion-related criminal complaints against women, many of which were reported by health professionals after the women went to medical facilities needing post-abortion treatment.

Contradictory opinions on the legalization of abortion in Brazil

Following the United Nations, no woman or girl should be forced to choose between continuing a pregnancy against her wishes and risking her health, life, and freedom to have a clandestine abortion. United Nations bodies interpreting international human rights law have determined that denying women and girls access to abortion is a form of discrimination that jeopardizes a range of human rights, including the rights to life; health; freedom from cruel, inhuman, and degrading treatment; non-discrimination and equality; privacy; information; and freedom to decide the number and spacing of children.

For over a decade, UN human rights authorities and experts have condemned Brazil’s punitive abortion laws and urged the government to change them. The UN Committee on the Rights of the Child recommended in 2015 that Brazil “decriminalize abortions in all situations and reform its legislation to ensure access to safe abortion and post-abortion care services.” The UN Committee on the Elimination of Discrimination Against Women recommended in 2012 that Brazil “expedite the examination of its statute criminalizing abortion to eliminate punitive restrictions placed on women.”

According to research, restrictive legislation and criminal penalties do not diminish the rate or occurrence of abortion. A recent Guttmacher Institute study revealed minimal variation in predicted abortion rates between nations where abortion is forbidden or authorized solely to save the life of a pregnant woman and countries where abortion is not confined to specific scenarios. Each year, the World Health Organization estimates that 25 million abortions are performed in dangerous conditions. Countries with stricter abortion restrictions have a much more significant proportion of unsafe abortions than countries with laxer rules.

Abortion has been illegal according to the abortion legal in Brazil since the late eighteenth century. The Brazilian Penal Code, which dates back to 1940, classifies abortion as a felony punishable by jail. Furthermore, a presidential order from 1941, as revised in 1979, forbids the promotion of a procedure, substance, or object intended to cause or prevent pregnancy. These provisions remain in effect.

Several initiatives were pending in Brazil’s congress in 2004, all of which sought to change current penal code provisions to increase or limit the scenarios in which abortion fines may be waived. President Lula da Silva pledged in 2003 to pursue access to safe abortion throughout his presidency. The government formed an eighteen-member tripartite (civil society, executive, and legislative) group in 2005, comprising six civil society representatives, to explore the legalization of abortion in Brazil.

On November 29, 2016, the Brazilian Supreme Court issued a non-binding judgment on the abortion legal in Brazil, stating that “abortion should not be considered a criminal when done within the first three months of pregnancy.” This verdict was significant since the Brazilian government had enacted a measure earlier in 2016 to make abortion even more legal in Brazil.

In most situations, terminating a pregnancy is considered a felony in Brazil. If the abortion is self-induced, the woman faces up to three years in jail, and the person who operates for her faces one to four years. When an unlawful abortion happens without the mother’s consent, the perpetrator faces imprisonment for three to ten years.

Abortion criminalization has not prevented women from having abortions, but it has resulted in the arrest and punishment of Black and brown women from low-income neighbourhoods. According to data analyzed by USP as part of TrialWatch, an average of 400 new court cases per year have been launched with allegations of self-abortion or “consented to” abortion under Articles 124 and 126 of the Brazilian Penal Code over the last five years. So Paulo (201), Minas Gerais (136), Rio de Janeiro (135), Bahia (79), Santa Catarina (77), Mato Grosso (71) and Pará are the Brazilian states with the most significant number of new cases between 2018 and 2022.

Exceptions of abortion in Brazil

Following the abortion legal in Brazil, abortion is not considered a crime under the Penal Code in three situations:

The abortion legal in Brazil doesn’t require women to provide a police report or medical examination or to have previously reported the crime or challenged a court decision to obtain legal abortion services in the instance of sexual assault. The woman’s account of the assault she endured is sufficient.

It is also not essential to get a court order to obtain the service if the pregnant woman’s life is in danger or if the fetus is anencephalic. When it comes to a pregnancy that threatens the woman’s life or a fetus with anencephaly, there is no time limit on when the abortion can be performed. The limit for sexual abuse is 20 weeks, or 22 weeks if the fetus weighs less than 500 grams.

Sexual violence is any sexual act or contact undertaken without one of the partners’ permission or with consent gained by threat or compulsion. Rape of a vulnerable person, on the other hand, occurs when sexual intercourse or any libidinous act is performed on children under the age of 14 (with or without consent) or on people who, due to illness, mental disability, or any other reason, lack the necessary judgment to perform the act or cannot offer any resistance.

Many countries that formerly prohibited abortion and contraception have now enabled women to do so worldwide. As a result, they can anticipate the issues that may result from such decisions. In Brazil, for example, the maternal death rate is high, and more complications are related to abortions than in any other nation. Most crucially, there are more abortions in Brazil than in any other country that permits abortions.

However, abortion is still illegal in Brazil, and it is simple to be prosecuted, so please get counsel from specialists whenever you decide to conduct any action. Or, to put it another way, you may check out the highly qualified attorneys that are members of our community here at LegaMart in our advocacy section to grasp all the nuances that best fit your case when you need to know about the abortion legal in Brazil based on your queries directly from your smartphone. 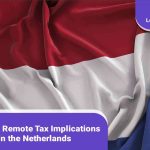 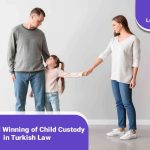 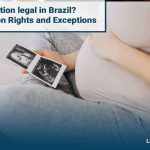 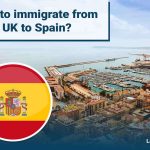