Max is an owner of a film production company wherein; his company is associated with a newly made movie named ‘ABC’. He wants to release the movie on the Over the Top (OTT) platform, wherein he wants to reserve all the rights but wants to display the movie publicly. So, He went under a licensing agreement with various OTT platforms such as Netflix, Amazon Prime Video, etc., wherein the agreement laid all terms and conditions such as scope, duration of the agreement, etc.

However, XYZ (another OTT platform) included under the abovementioned agreement infringes the duration clause wherein, under the clause duration of 1 year was mentioned and also, had the opportunity to extend the same. However, the platform removes the movie before the mentioned duration and also, without any prior notice to the same. Therefore, Max moved to the court for breach of contract from the side of XYZ, and the court held the case in favor of Max as the agreement clause clearly mentions the time duration of 1 year and penalized the XYZ for the breach.

What is a Licensing Agreement for Intellectual Property?

It is a legal agreement between owners of the IP which assign specific rights to the third party in return for a fee and royalty fees. Under this, the licensor specifies how the licensee shall or shall not use  IP that he or she has obtained from the licensor. As an intellectual property lawyer, you must create a balance between the interest of the licensee and licensor.

Key clauses under the licensing agreement

Scope of the License

According to the type of the IP rights being licensed, a license might have a wide range of Scope. The agreement must clearly specify the intellectual property being licensed. Only those rights can a licensor grant to a licensee that he or she holds legally oneself. Any or all of the licensor’s rights can be granted to a third party. Besides defining the scope of the license, the geographical location must also be indicated.

‘Sublicensing’ rights must be explicitly stated in the license agreement if they are to be included in the grant. The right to sublicense can apply to all of the licensed rights or just a subset of them. For instance: In some cases, a license can be provided for the usage and modification as well as to sell the same work. However, There are two most important terms to include in any licensing agreement for intellectual property (IP) are:

Nature of license shall be exclusive or not

Exclusivity under a licensing agreement means when both the parties sign the agreement, the licensor agrees upon the fact that there is only one licensee who may use the IP under this agreement.

Under this agreement, there can be more than one licensee for a single intellectual property under a non-exclusive license. The licensee often saves money with this form of arrangement.

One licensee is agreed upon by the licensor, but the licensor is allowed to continue to utilize their intellectual property as well.

In order to enforce the rights created, it is necessary to specify the responsibilities of the parties for the maintainability of the IP and which party will be responsible for paying all registration costs. Various contractual remedies, such as monetary damages, injunctions, as well as other reasonable remedies, or a specific form of dispute settlement, can be used in the enforcement of rights such as arbitration clause.

This includes the license’s duration, the circumstances under which it might be terminated by either party, and also, include both parties’ rights and responsibilities upon termination or expiration. For IP owners who want to protect their rights, it’s critical to require licensee to immediately cease utilizing the IP rights and remove all links to the IP from all of their works whenever the agreement is terminated or expired. As a result, the licensee’s responsibilities may differ depending on what type of intellectual property (IP) is being licensed and what type of business the licensee is under it.

This clause is added in a contract to avoid or compensate for damage. It is often overlooked as a standard clause in IP licensing agreements, despite the fact that it does have certain implications for both parties. They generally insist on a provision enables the licensor to reimburse them against risks because the licensor provides the IP rights and profits from the deal. The licensor can utilize an indemnification clause to cover losses caused by the licensee’s actions, confidentiality issues, or for the abuse of certain rights. However, there are few risks which should be covered even after the termination or expiration of the contract.

Rights transferred by the licensee

Unless the license agreement clearly allows it or the licensor gives consent, a licensee’s rights cannot be assigned. In order to maintain control over who acquires rights to his IP rights, a licensor often resists free transferability of licensing rights by licensees. Unless otherwise agreed upon, all IP license agreements must state that the licensee cannot assign the license.

It is a complex clause in IP licensing since each party approaches it differently. It includes such as

However, the payment methods and royalty fee calculations are determined by the value of the IP license, which includes marketing and production costs, obligatory licensing fees, and import/export taxes.

This clause is related to the information that was exchanged between the parties, as well as the terms of service wherein, the confidential puts responsibilities with respect to that information, were all recorded.

Points to be remembered while drafting the agreements

You can obtain a sample IP license agreement by contacting LegaMart.

I am Mayank Panwar 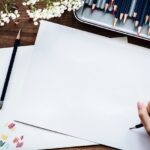