Corruption as a complex social, political and economic phenomenon affects all countries especially undermines democratic institutions, slows economic development and contributes to governmental instability. It is a serious impediment to the rule of law and sustainable development. As such, it attacks the foundation of democratic institutions by distorting electoral processes, perverting the rule of law and creating bureaucratic quagmires whose only reason for existing is the solicitation of bribes. How much do you know about the United Nations Convention against Corruption?

The need for a global, legally-binding instrument dealing with corruption was recognized by the International community. Working on this area, the United Nations in 2003 adopted the UN Convention against Corruption (UNCAC). Once adopted, it needed 2 years to enter into force in December 2005 and 81 countries of the UN have ratified the convention till January 2007 (187 parties as of 6th of February 2020).

With this important step, the UN made clear that the fight against corruption has started. Having all the national legislations meet the international standards made it easier for the countries to cooperate and conduct international investigations, and help each other regarding this matter. 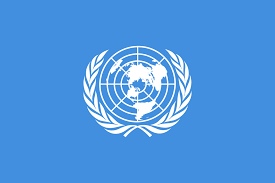 At first, the Legislative Guide for the Implementation of the United Nations Conventions against Corruption was developed as well as a Technical Guide to provide practical support to State Parties in implementing the main provisions under the UN Convention. That is the most comprehensive anti-corruption tool providing the broadest range of corruption offenses including active and passive bribery.

With these actions, international criminal standards were introduced, and other offenses were determined with the possibility to be enforced by the authorities. Some of them were obstruction of justice, illicit enrichment, and embezzlement. In addition to these actions, UNCAC prescribes preventive measures, international cooperation, and technical assistance. But, only some provisions of the Conventions are mandatory for the countries.

This fact makes it more complex for implementation. It is simply because states must first identify where and how their legislation falls below the standards of the convention and change it. For example, if domestic law does not incriminate the bribery of foreign public officials it cannot be enforced accordingly. Or, when the definition of the incrimination does not include part of the international definition of the offense, so it cannot be processed in front of the court and sanctioned accordingly. So all the countries, when they find differences in their domestic laws, must rectify those deficiencies so the cooperation can go smoothly and fluently.

When a country changes the law to fulfill the international criteria it can just extend the existing one, i.e. the existing offenses, that is a positive approach not only to change or write the new law that is more complex, but to assure the certainty and stability to the law.

We need to make sure that governments meet the terms of anti-corruption conventions. The best way is for countries to oversee each other’s progress. This means they need effective monitoring systems.

The international conventions require their parties to provide effective, proportionate and dissuasive civil, administrative or criminal sanctions for these activities. This is a must. Without it, the conventions are just meaningless written papers.

Final remarks about the United Nations Convention against Corruption

Good systems are impartial, transparent and cost-effective. The best way to achieve them is to involve civil society. Our independent input brings credibility to a monitoring process. To help countries meet anti-corruption requirements, we can help check how well a government is doing. We, the active citizens, should highlight improvements and gaps. This gives governments feedback on their performance.

Corruption is execrable matter that we need to eliminate from our countries, in order to straighten justice and the rule of law.