Iranians have been hit harshly with sanctions, and this is not restricted to its residents but Iranians across the globe!

According to the Guardian, a UK law firm handling more than 60 complaints by Iranian nationals, who have had their UK bank accounts closed allegedly because of their nationality, have reported a continuation in such closures since Donald Trump assumed office. This is exactly the impact that sanctions are having on Iranians abroad.

Iranian residents of the UK have already faced enough dilemmas and difficulties in opening a bank account, but once opened they also face the issue of its sudden closure. What’s worse is that some banks do not even provide a reason for such taken act.

According to this law firm’s site, many Iranians have still been targeted in the form of bank closures. Trade with Iran has also been progressing slowly due to the lack of SWIFT access for Iranian banks. Until 2017, Rokhsare Vahid, previous head of the Iran desk at Blackstone, said, “they had more than 60 cases involving Iranians who have sued banks over racial discrimination.”

Sanctions at first glance may be seen as a limitation, but the law always has an answer. 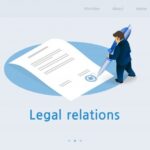