Are you considering moving to the US? Married or unmarried? If you are married and intend to immigrate with your wife, you should be aware of whether your marriage complies with local religious or social customs. If so, you probably have questions about whether your traditional marriage is recognised in the US.

This blog describes the steps required to ascertain if a religious or traditional marriage having legal effects in the nation where it was solemnised is recognised in the US or not, you have come to the appropriate place to get your answers.

What marriages are legal under US Laws?

The immigrant must prove the legitimacy of their marriage. The legislation of the location where the marriage was performed (referred to as the “place-of-celebration rule“) often determines the legal validity of a marriage. A marriage is legitimate for immigration reasons if it is recognised as such by the law of the country where it is performed.

Marriage to a US Citizen

The immigrants must prove that they have been legally married to their spouse who is a citizen of the United States. A marriage certificate is typically prima facie proof that the marriage was performed lawfully and appropriately.

The US government, however, does not acknowledge a “surrogate” marriage, in which the bride or groom is substituted by another person unless the couple later consummates the marriage.

Legal certification and documentation of the marriage are required. If it isn’t, it won’t be acknowledged. It has to be authorised by the government. This has to be done in front of a marriage officiant who is registered and certified.

Common law unions are accepted by USCIS if they were recognised as legal unions by the state where they were formed.

What types of marriages are not recognised by the USCIS?

Certain religious unions have issues with USCIS. The couple needs to be legally wed. The partners must have the legal right to get married, and it must be legal in the nation or state where it occurs. Divorce planning prior to marriage does not work. Even though certain marriages are legal where they are celebrated, the USCIS does not recognise them:

If the religious or traditional marriage is acknowledged and legalised in the nation in which it was solemnised, recognition of your marriage to your spouse in the US may be achievable. Check the limitations on specific traditional marriage arrangements. Therefore, any marriage, whether it be civil or sacred, should be acknowledged by registering it in accordance with the rules of the nation or state where it was performed. If your marriage does not meet the requirements set forth by the US Department of State, you may be required to remarry in accordance with US local law.

If you are having any problems with this or need legal counsel to prevent any problems, as well as aid with completing relevant paperwork, you can connect with us at LegaMart which has 2000+ lawyers from over 100+ countries and offers you the possibility to choose from a wide range of lawyers who are committed to providing his clients with all the necessary immigration assistance. 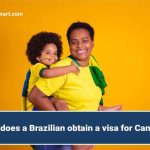 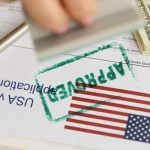 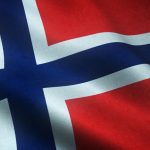 Ways to Immigrate to Norway from Turkey 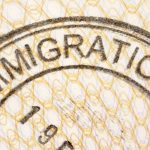