Everything you need to know about the International Extradition | LegaMart Articles Extradition is an act of delivering an accused/convicted person from the state whose territory he/she is currently into the jurisdiction where he/she is charged with or has been found guilty of a crime. Please keep in mind that International law does not impose a general obligation on one state to turn over a criminal to another.

Extradition agreements between governments are used to guarantee the repatriation of offenders. This article provides a deep insight into such matters and everything you need to know about international extradition.

Extradition is when a country requests the asylum country to hand over an accused person. Such a person is a national of a demanding country and currently resides in an asylum country. It is not always true that you are the right person for such extradition proceedings.

This is why during the extradition procedure, it is a need to make sure you are the alleged person or not. Extradition is the legal procedure by which one state hands over a requested person to another state for criminal prosecution or punishment for crimes committed within the jurisdiction of the receiving state. Usually, a bilateral or multinational treaty makes it possible. Also, some countries extricate individuals without a treaty, but this practice is very rare.

Are States Obligated to Hand Over Accused Persons or Not?

This question arises about whether the residing country is always bound to hand over the requested individual since a country may deny the arrest warrant based on human rights concerns. The answer is that international law does not require sovereign states to hand over a requested person inside their boundaries. However, states have signed binding extradition treaties with other countries out of a shared desire to see justice being carried out.

These treaties govern how nations conduct business and give over suspects, yet, there are exceptions to these accords. If you want to know these exceptions in detail, you should consult with the experts for their legal aid. They can explain to you if a country is wholly bound to hand over the suspect or may refuse to do so.

The new extradition treaties operate differently than the old ones. The older extradition act listed the crimes both countries consented to. For instance, the 1933 treaty between Albania and the United States lists more than two dozen offences, such as burglary, murder, rape, and arson. If a person is guilty in the requesting country of any aforesaid crime, the asylum country will be bound to hand over the suspect under the provision of the signed treaty.

A country may refuse to hand over a suspect even under a signed treaty in some cases. Treaties themselves specify other circumstances in which individuals may refuse extradition. For example, except for terrorism and other serious crimes, authorities cannot extradite anyone for military or political crimes. In addition, if the requesting country imposes capital punishment on certain crimes, then the asylum country may refuse to carry out extradition proceedings. Unless the requesting country promises not to inflict the death penalty or life in prison because certain states do not extradite somebody to a country that practices capital penalties.

Besides refusing international extradition on the grounds of capital punishment, there are also some other exceptions available to extradition, like

If you have any further questions about criminal duality, you should consult with our lawyers without any hesitation. They will answer all your concerns while considering criminal law and human rights provisions. Furthermore, our seasoned lawyers can assist you if you face any allegations leading to your extradition from the asylum country. Our seasoned lawyers can provide you with practical legal assistance and representation in more than a hundred countries. Please contact our legal experts to know whether they provide legal services in your state.

Can Individuals Request the Extradition of a Person?

This question usually arises regarding who may request international extradition of a person from a foreign country. So, remember that private people do not make petitions for extradition abroad. Only prosecuting authorities can make extradition requests following the filing of charges and issuing an arrest warrant for the subject. The Office of International Affairs will collaborate with the prosecutor to create a request for extradition that will be transferred to a foreign nation. Also, through diplomatic channels, the State Department requests the other country. This usually happens in the absence of an international extradition act or treaty when countries tend to use their diplomatic relations.

International extradition is not very straightforward, and it takes time. It consists of two phases; judicial and executive phase;

Depending on the nation concerned, extradition laws vary substantially. The case moves to the court level once a person has been identified and taken into custody in the requesting nation. A judge will decide whether the extradition request complies with the provisions of the relevant extradition treaty and the law of the requesting country during the judicial phase. If so, the court will decide whether the person can be extradited.

The case moves into the executive phase if the judicial body decides the person can be extradited. If you need legal aid in the judicial phase while facing international extradition, you can get the legal services of our lawyers. They can represent you in court and defend your case.

When a person is guilty, and the demanding country complies with all the regulations, the case moves on to the extradition level. The executive authority of the government of the requested country includes a Prime Minister, Minister of Justice, or Minister of Foreign Affairs. In the United States, the executive authorities are different. They will decide whether the requested country will hand over the wanted person in extradition if the judicial authority rules against the person. If so, the case moves on to the executive phase.

An order for surrender may be issued by the executive authorities. Depending on the nation, there may be several stages of appeal for both the judicial and executive decisions to turn over the desired person. When the requested nation accepts the surrender, its officials will work with officers in the asylum nation to transfer the detained wanted person.

If you want to defend your international extradition case in the United Kingdom, you can get help from our lawyers. They can defend your case on various grounds by due diligently observing the circumstances. Although the United Kingdom is not a part of the European Union, it is still a signatory to the European Arrest Warrant (EAW). So, our lawyers can provide you with legal aid under the provisions of EAW if the authorities deviate from protocol.

To issue arrest warrants on an international basis, a cross-border judicial procedure is used named as European Arrest Warrant. Whereas Interpol is an international criminal police organization that issues red warrants against wanted persons.

A Red Notice instructs all member countries to find and detain a person for the sake of law enforcement. It is for people whose extradition, surrender, or related legal action is still pending. A red notice is a court order or an arrest warrant issued by the relevant authorities in the requesting nation. If you need legal advice about how to come out of the legal matter, you can consult our lawyers.

Why Do You Need a Defense Lawyer?

Understanding the outcomes and how they will affect the person’s case is essential if they wish to resist extradition hearing or fight the process. So, it is better to contact a lawyer to learn the legal consequences of any decision you make. When a person is charged with a crime in another state, he must employ a criminal defence attorney to either defend against the allegations or negotiate a better plea. Based on the facts of the case, our attorneys at LegaMart will assist the client in choosing the appropriate course of action. 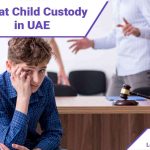 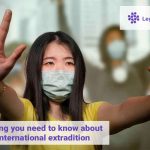