Some countries use Taxation to protect their local businesses i.e. by imposing a tax on the import of goods. This is known as a Tariff on imports and countries impose this to discourage people to import and so consume more of the local goods to protect their industries.

Another method is to set a quota on the import of goods. This is when a country decides that it will only import a smaller, fixed number of goods so that the local industry could be protected. Both Tariffs and quota are used by a country’s government under trade protectionism so that the domestic market could flourish more.

By imposing an import tariff a country looks to improve its current account deficit. Therefore by introducing tariffs the imports are supposed to lessen thus leading the foreign exchange balances to rise. Also the new firms which are still not settled in the country have a higher chance of prospering in the case of protectionism policies. The local employment also increases and even unskilled labor gets good jobs. The government also earns foreign exchange reserves by this which could be used later to pay off any foreign debts. This also means that the country’s currency will also appreciate thus the buying power of the home country would also now be better.

Pakistan chose protectionism policies for all the above reasons but is protectionist import tariff policy the solution? According to a Tribune, a recent World Bank report, Pakistan continues to be one of the seven most protectionist countries in the world. However, the reality of this policy has been rather negative for Pakistan’s economy

By following a protectionist policy, the local market becomes aware that there is quite low competition for them and so they now have the power over pricing and the quality of goods to be maintained in the country, Therefore the local prices are subjected to rise whereas the quality is much lower than the foreign markets. This is exactly what happened in Pakistan as when it focused on protectionism, the local industries did become powerful but at the cost of poor quality and higher overall prices. This therefore also leads to Pakistani goods being expensive in the foreign market and also as the quality is compromised, Pakistan’s imports tend to be lower.

The government although has tried to increase exports by making special export zones and has reduced the taxes on such firms however the problem remains due to protectionist policies.

A perfect example of this is the automobile industry in Pakistan. For decades this industry is held by the big three i.e. Toyota, Honda and Suzuki. Therefore since there is no other competition in the market, these three firms invested very little in their research and development. Now when people looked to import cars of higher quality from Japan, the government imposed high tariffs to “protect” the local industry. Thus this led to the local industry yet again being saved and the rising costs without any innovation continued in the automobile sector. Also, as a result, the standard of living which could have been improved by the better quality of imported cars did not happen.

Another major issue that arises due to this is that when imports are expensive, the domestic industry which gets its raw materials from imports would now get these goods at a more expensive rate. Therefore this import tariff would eventually lead the domestic prices to rise.

This happened in Pakistan in the textile industry, as when their imported raw materials had tariffs associated with it, the cost rose significantly leading to various firms closing. Thus it leads to major unemployment in the country which brought more problems to the already suffering economy

Government foreign administrative policies such as using a protectionist approach for protecting the local industry could also make matters worse. In one way it protects the local firms from foreign competition, but simultaneously it also makes the domestic industry inefficient as there is no competition. From historical data we see that the local industries that prosper under protectionist policies are unable to compete in the larger international market as they have no motivation to reduce costs, enhance efficiency or to bring innovation in their projects. This is exactly the case with Pakistani firms as they could not compete with foreign firms and can only be stable in Pakistan. 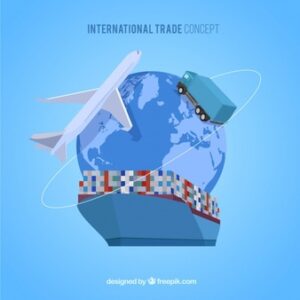 Protectionist policies like import tariffs should ideally be placed when industries are in their early development to let them stand on their own feet, however, it should not be used as a long term policy since then the local industry could never really face the global competition and so if they do not penetrate globally the company’s growth is short-lived. An example could be given of neighboring country India, which has multinationals like TATA and reliance group. OMAN: A Perfect Way Access Your Business To An Untapped Market