Resistance against Enforcement of an Arbitral Award

The restricted grounds of resistance against enforcement of an arbitral award under provision of Article v(1) of New York convention deal with circumstances where the arbitration contracts are invalid or there is one or some violations to the procedural agreements.

Generally, almost all legal systems decline to enforce an award based on an invalidated arbitration agreement or constructed on a violated process of consultation[1].  The substance of these grounds is different from others in terms of their private nature which is honoured by domestic courts. The forum for conflict of interests between parties is where one party did not raise the question of invalidity or proceeding errors as a tactic for further claims on the enforcement level. Some courts have applied their discretion on a narrow basis and enforce arbitral awards having struggled with invalidity or procedural claims in the enforcement stage relying on the principle of waiver[2]. Moreover, they have applied causing or materiality tests to examine whether the existing problems infect the award in terms of substantial injustice[3]. 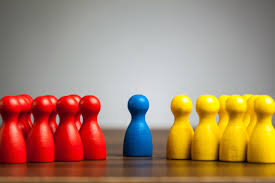 Basically, it is accepted that the refusal grounds listed in Article v(1) are interlinked with the supremacy of parties agreement[4]. However, there may be a distinction between a party who had taken part in the arbitration process and raised invalidation of the contract or the procedure of someone who has willingly[5] invoked his right to abuse the enforcement process[6].

This is a matter of conflict of interests in a private relationship in which, subsequently, a court of competent jurisdiction, without any primary issue of public policy, deal with two sides of violence to the fundamental contractual or procedural rights and obvious frustration of a party in questioning the issue in the arbitral determination. It is often addressed as the principle of waiver which should not adjourn the enforcement[7].

The appropriate authority is given in Minmetals Germany Gmbh v Ferco Steel[8] where the court left to enforcement where there was a procedural issue in which defendant had the opportunity to rely upon it in arbitration but estopped and tried to invalidate the award in the enforcement stage[9]. It was held that the defendant waived its right to object, and therefore no substantial injustice would result from the enforcement of the awards[10]. The philosophy behind this argument may be the fact that the very own substance of these claims gives rise to a narrow induction about the practical conduction of the rightful party in satisfaction with the issue in the proceeding of two aims. First, there should not be a barrier towards a free flow of the award. Second, abuse of NYC should be prevented. As in Henderson v Henderson[11], it was mentioned that the rightful party might have brought the claim in the proper time. Therefore, the application of the authority given in Article v(1) could be construed narrowly if the award-loser has waived his right to raise with the substantive or procedural claim in the arbitral determination with bad faith.

Any violation of the agreement or de minimis errors should not preclude enforcement[12]. Even if it has prevailed that there was a substantive or proceeding irregularity, it is the room for the court’s discretion to consider whether the current issues infect the award. In China Agribusiness Development Corp v Bali Trading[13], the existing procedural irregularity, which was the application of FETAC rules instead of CIETAC by the tribunal, was not assessed as a noticeably significant degree of prejudice to the award-loser. This test, which was called as the causation-based method[14], determines whether an alleged deficit could affect the final award[15] in which might have been concluded in favour of the award-debtor[16] in lack of such an issue[17]. So, in a narrow interpretation of NYC, it is not only sufficient for a defendant in the enforcement stage to prove the existence of irregularity, but he must go further and prove that the irregularity gives rise to prejudice[18] and a significant change in the final result of the process. 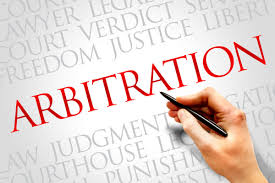 This trend is visible in some Hong Kong cases. For instance, in Shenzen Nan Da Industrial and Trade United Co v FM International Ltd[19] the court let the applicant get advantages of irregularity in the enforcement stage because a prejudice did not happen. In China Nanhai Oil Joint Service Corporation Shenzhen Branch v Gee Tai Holdings Co[20], in which the jurisdiction of the tribunal was the matter of the dispute, the court went further and emphasised that the parties had gained what they wanted from the institutional arbitration and no irregularity was found[21]. This lack of jurisdiction is more sensitive for English courts rather than other procedural grounds[22] as they took a strict front referring to Sumukan Ltd v Commonwealth Secretariat[23]. The rationale of this trend may be the fact that the contractual basis of the arbitration precludes any unwanted interference in the private relationship of the parties.

In sum, the substance of refusal grounds exhausted in Article v(1) NYC are different conceptually; although in some cases it is not fair for courts to be reluctant to the imposition of an involuntary duty or an unwanted interference in a private relationship of the parties. It is a pro-enforcement policy while the existing substantive or procedural error does not give rise to a significant prejudice or could not change the outcome of the tribunal.

[5] Jonathan Hill, “Exercise of Fudicial Discretion in Relation to Application to Enforce Arbitral Awards Under the New York Convention 1958” [2015] OJLS 36 2 316