The most significant sources of the employment law in Australia include industrial instruments, legislation as well as the common law. The Fair Work Act 2009 (the FW Act) is responsible for governing the majority percentage of the Australian employees. The industrial instruments that are relevant comprise of modern awards. It is the Fair Work Commission (the FWC) that determines these awards.

The awards are responsible for providing a safety net of the minimum pay rates as well as employment conditions. These awards are also a benchmark to check if the employees are ‘better off overall’ as per the proposed enterprise agreement. Every year, the FWC conducts the annual wage review in order to decide upon the national minimum wage for that year.

“The Fair Work Act establishes a safety net comprising: the NES, modern awards and national minimum wage orders; and a compliance and enforcement regime. It also establishes an institutional framework for the administration of the system comprising FWA and the FWO. The Fair Work Divisions of the Federal Court and Federal Magistrates Court and, in some cases, state and territory courts, perform the judicial functions under the Fair Work Act.”

Types of workers protected by the employment law

Under the employment law, those workers who work pursuant to the contract of service get protection rather than working for a contract for services. A multi-indica test is applicable to distinguish between the independent contractors operating in Australia from those who are working as employees.

Also, the difference between casual and permanent employees is essential when the government needs to determine who all are eligible for the employment benefits. For obtaining other benefits, the casual employees must fall under the category of ‘continuous casuals’ as per the FW Act. There are certain protections that apply to casuals as well as out workers who are ‘long-term.’ There are specific terms and conditions that the employers have to abide by. These terms are decided by the National Employment Standards (NES). These terms revolve around the ten main areas as given below:

1. The requests for flexible working arrangements.

2. The maximum number of hours per week.

7. Leaves pertaining to parental needs and other related entitlements.

8. Leaves on an annual basis.

9. The leaves for community service.

10. Notice of termination and redundancy pay.

The representatives from the trade unions who have the permit have the allowance to enter the employer’s premises. The main purpose behind this revolves around investigation on certain measures. These could relate to health and safety laws, industrial instruments, or any kind of breaches from the employer’s end. Here are the main rights given for investigation:

• The representative can perform an inspection of any relevant procedure, object, or work.

• The representative has a permit to perform interviews with willing participants.

• Ask the employer or head of the organization to show any documents or records that are relevant to the issue. 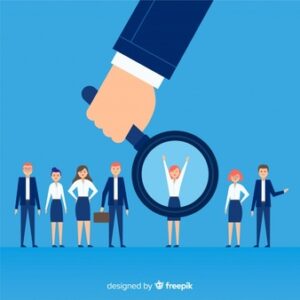 Protection of employees from discrimination

There are several federal, state, as well as territory anti-discrimination legislation that protects the employees of the country. Also, the employees get protection by the FW Act as per the ‘general protections’ as mentioned in the act. These protections forbid any employer from taking any severe actions against any of the employees on the grounds of discrimination. There are multiple attributes that the FW Act covers and provides protection against. These are attributes such as color, sex, marital status, religion, pregnancy, race, sex, mental or physical disability, etc.

Unlawful discriminations and their circumstances

There are two significant formulations in Australia that come under unlawful discrimination.

Direct discrimination occurs when the affected employee gets an unfair treatment and is favored less on the grounds of some protected attribute.

One the other hand, indirect discrimination occurs when there is some unreasonable condition or requirement posed on an employee due to one of the protected attributes.

Employees should exercise their rights

The employees do have certain rights and must exercise them in case they feel that their rights are being violated in any manner. Employees can first lodge a legal complaint against the employer responsible. Also, they can escalate these complaints to even a tribunal or a court for enforcing legal rights or obligations. Any of the terms that come under the FW Act can be exercised and argued upon if any employee faces issues with his/her employer.

Employment in Times of COVID-19

By Hossein Mousavi
4 Mins read
There are many time sensitive issues regarding the legal problems following the COVID-19 outbreak.  Some company owners have ended employment or have forced their employees to take unpaid leave. How can an employee work remotely…